This week in school, Max started working on some of the same work his classmates are working on.  Since it was a holiday week, he didn't have school on Monday.  His teacher had a list to go through with Max about his work.  But he said, "first king dream yes."  I told him earlier that morning that it was the 55th anniversary of the "I Have A Dream" speech by MLK. 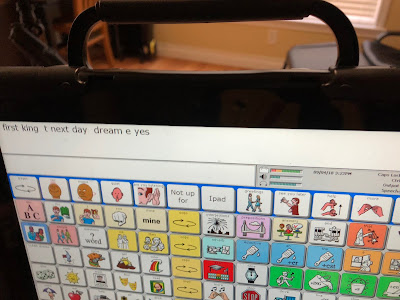 So to start things off right, he watched the video of the speech with his teacher. 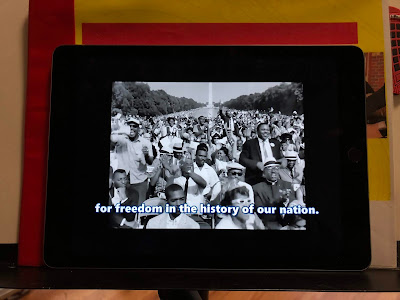 He always has something to say when he listens to this speech.  Today it was simply, "greatness of a man who was a hero." 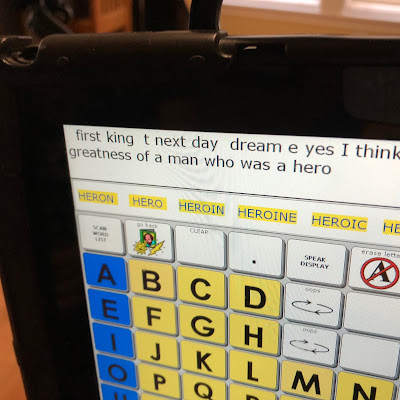 After the video, they moved on to learning about seeds. Max thought learning about plants again was "just okay" since he's been learning about the parts of a plant since first grade.  But, he got to do some new things and really this lesson is focusing on the seeds. 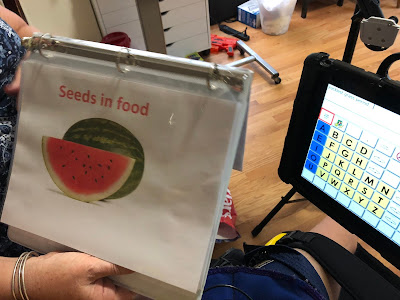 Then his teacher told him about the forensic science class he will be in this year. When she asked what he thought about that he said, "yes my daddy can do it all." 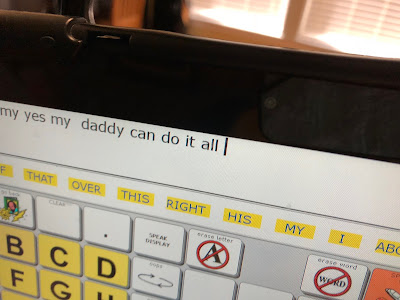 She said maybe daddy can help him with his work for forensic science and he said "of course I know how to do it to." 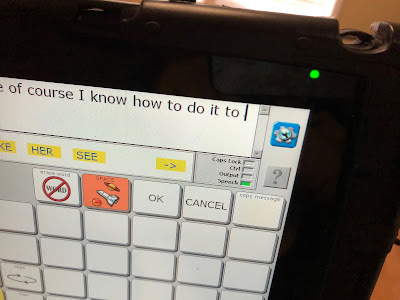 They moved on next to Language Arts.  He made an autobiography last week in school (I'll share pictures in another post) and his class will get to see his finished product this week and then they will send copies of their books too. The next thing their working on is a book study of a pretty special book to Max.

His teacher asked if he could guess it. It has a little boy, who is a king, and he goes to a land far away from his home, and meets some Wild Things.

Of course he knew it.

"book on...Mary my name...we have...max" It was like he was trying to get it all out as quickly as he could with his talker because he knew what the answer was! 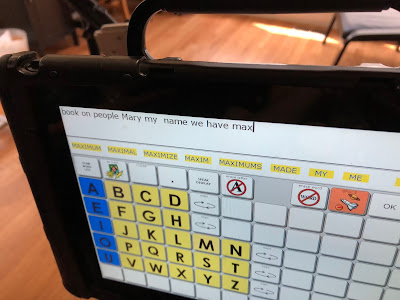 Since he has his own copy, he wanted her to read it. 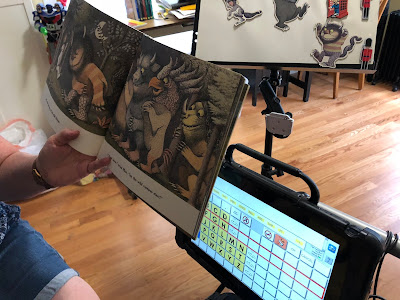 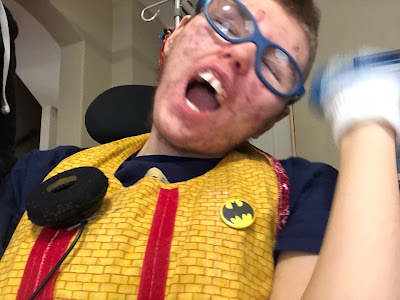 Max, The King of The Wild Things, roaring his terrible roar while she was reading to him.

While she was reading, I stopped to fill up my water.  I hear him say from the other room, "birthday party of me" . I popped back into the school room and said, "Birthday party?  I thought you wanted to have a Batman birthday party at the zoo?"  He said, "I very happy with my birthday party is max wild thing wild zoo"....well, alright.  He only turns 15 once, so let's do what he wants to do! 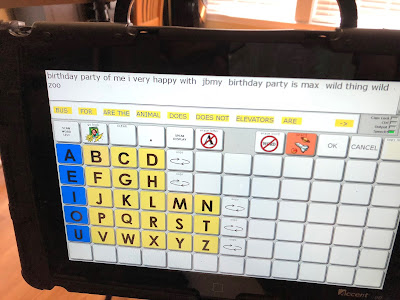 I asked did he want to still do Batman too and he answered with "nope." But he does want "eating the cake" 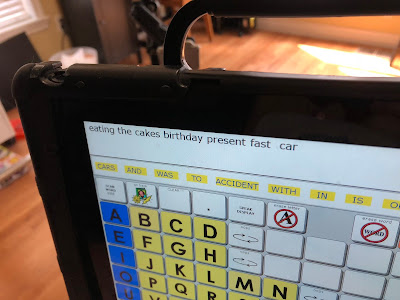 His teacher said what would you name your fast car? He said "Jack fe are e" ... that's Jack Ferrari...he's obsessed with yellow Ferraris right now, and for some reason thinks he will be able to have one for his birthday.  If only they grew on trees!  But if anyone has a spare one they want to give to Max for his birthday, hook us up! 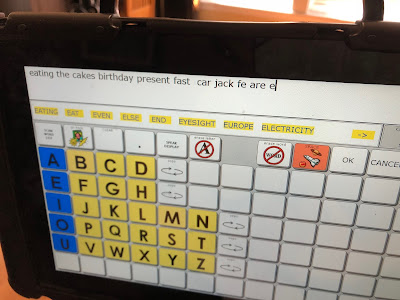 He also said he wants to eat pizza on his birthday. It really is nice he plans it all out for me! 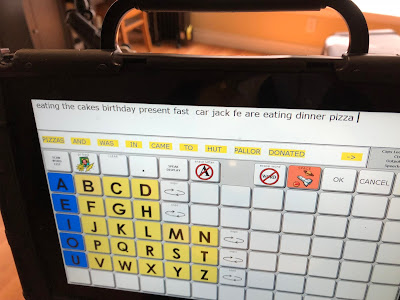 After school he wanted to relax and watch the video of Where The Wild Things Are.  Not the movie, just the video of someone reading the book set to music on Amazon Prime.  He watched it 6 times and was so happy for it. 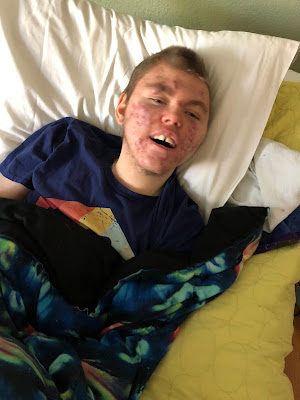 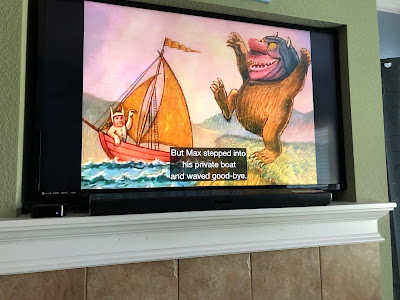 I never thought I would see the day where he didn't want to be Batman for Halloween...but maybe he will still figure in Batman into his big day. He just wants to add in his beginnings too.  Now...where will I find a wolf suit and a crown for a 15 year old Max?
Posted by Deana at 10:50 PM