Today in art therapy, Max made these masterpieces.  And they may be some of my favorites he's ever made. 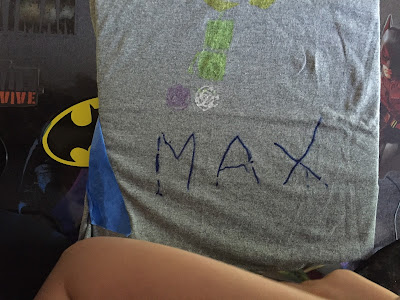 He's been working on this shirt for a while in speech therapy, with choosing colors, shapes and locations for his shirt.  But today, he wanted to work on it in art.  He got into his alphabet on his talker and typed in "KXA".  His therapist said "your name has two of those letters in it" and he said "yes, yes".  I said "Max, did you just spell your name?" and he said "YEAH!!!!"

He told us to put it on the shirt, so he wrote his name on his shirt after he spelled it for the first time.  Now, before you say - that's not how you spell Max - we've never seen him attempt to spell anything.  His device auto-predicts words for him, and he usually just chooses to go to the row of words to choose something after selecting the first couple of letters.  This was his first attempt to spell a whole word, and he chose his name.  He was 2 letters away from M on the row he chose K, and later in speech therapy, he told his speech therapist his name starts with M.


After he put his name on his shirt, he made an "O - octagon" -- he chose the letter O and then chose the auto-predicted word octagon.  We counted 8 sides, and used a post it note as a guide for the sides.  He started at the top and made his way around to the right, until the last side on the left.  This was when his hand was the most still and he made a really straight line.  He said it was a monster, and needed googly eyes and a monster smile. 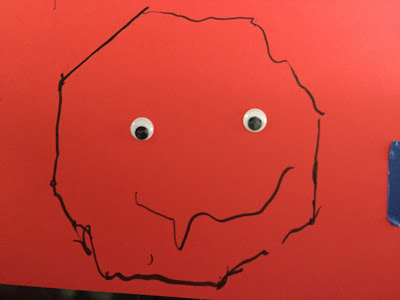 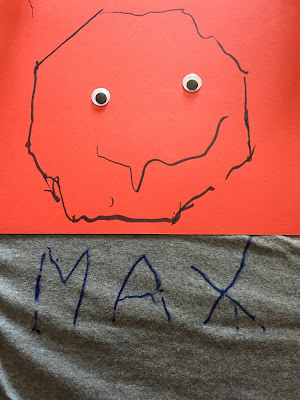 No wonder this is your favorite! Go Max! I can't wait to hear what he learns --