On a cold October night in 2003, Maximilian Martin Watson was born. While he came through a normal full-term pregnancy with no complications, his parents realized quickly that things were not right. Early identification of failure to thrive and challenges putting on weight were compounded by unexplained movements and profound lethargy.

In February 2004, Max was diagnosed with two major medical challenges. His neurologist identified an intractable seizure disorder (infantile spasms) that was causing up to 250 seizures a day. His genetic metabolic doctor identified an exceptionally rare metabolic disorder that prevented Max's body from normally processing proteins. March of 2004 brought two brain surgeries to address the seizure disorder. A brain malformation (cortical dysplasia) was identified as the source of the seizures. After a successful surgery to remove the malformed section of his brain, Max's seizures went from 250 a day to just a few a day that could be controlled with medication.

In October 2013, an international team of doctors and scientists identified the gene mutation in Max, confirming him as patient 1 in a new disease named Cobalamin X.  He is 1 of 14 boys in the world with this metabolic disease.

Because of the complexity of Max's medical conditions, a team of world class doctors provide the needed support to keep him alive. While he is developmentally delayed, he continues to confound the experts by exceeding each goal and expectation that is set before him.

The combination of his medical challenges makes him very susceptible to illness from those who come in contact with him. As such, he attends school remotely and avoids crowds where sick people might be spreading germs unaware.

Max is in 7th grade, participates in four therapies a week, and has regularly scheduled doctors appointments. His prognosis is unknown, as he has already exceeded the expectations of the doctors who know him best, and is currently writing medical history with each breath he takes. 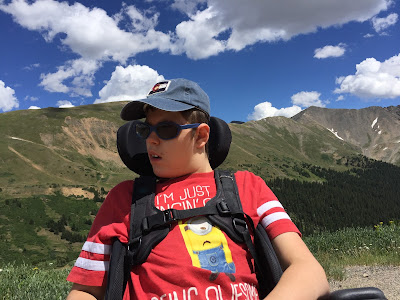