At the beginning of school this year, Max's home teacher told him about a project he and his classmates would be working on where they would need to choose an occupation.  Max mulled it over, and said he would like to be an Officer, since he couldn't be Batman.

That evening, I sent an email out to our neighborhood email list asking if we had any police officers who lived in the neighborhood.  We have an exceptionally close knit community, and I had high hopes for finding one who could pay Max a visit so he could ask some questions for his project.

With that one email, word spread like wildfire, and before I knew it, the Chief of our city's police department was emailing me to get us in touch with some officers to come out to see Max at home. We set up for them to come this evening, and knew they had a few surprises for Max, but we were not prepared for the outpouring from some of Colorado's finest.

The Sergeant called a few minutes before they were to pull in front of our house to let Max get situated out front.  Thank goodness I let our neighborhood know ahead of time this was happening tonight, because I would have been quite concerned to see this many police show up without knowing what was going on. 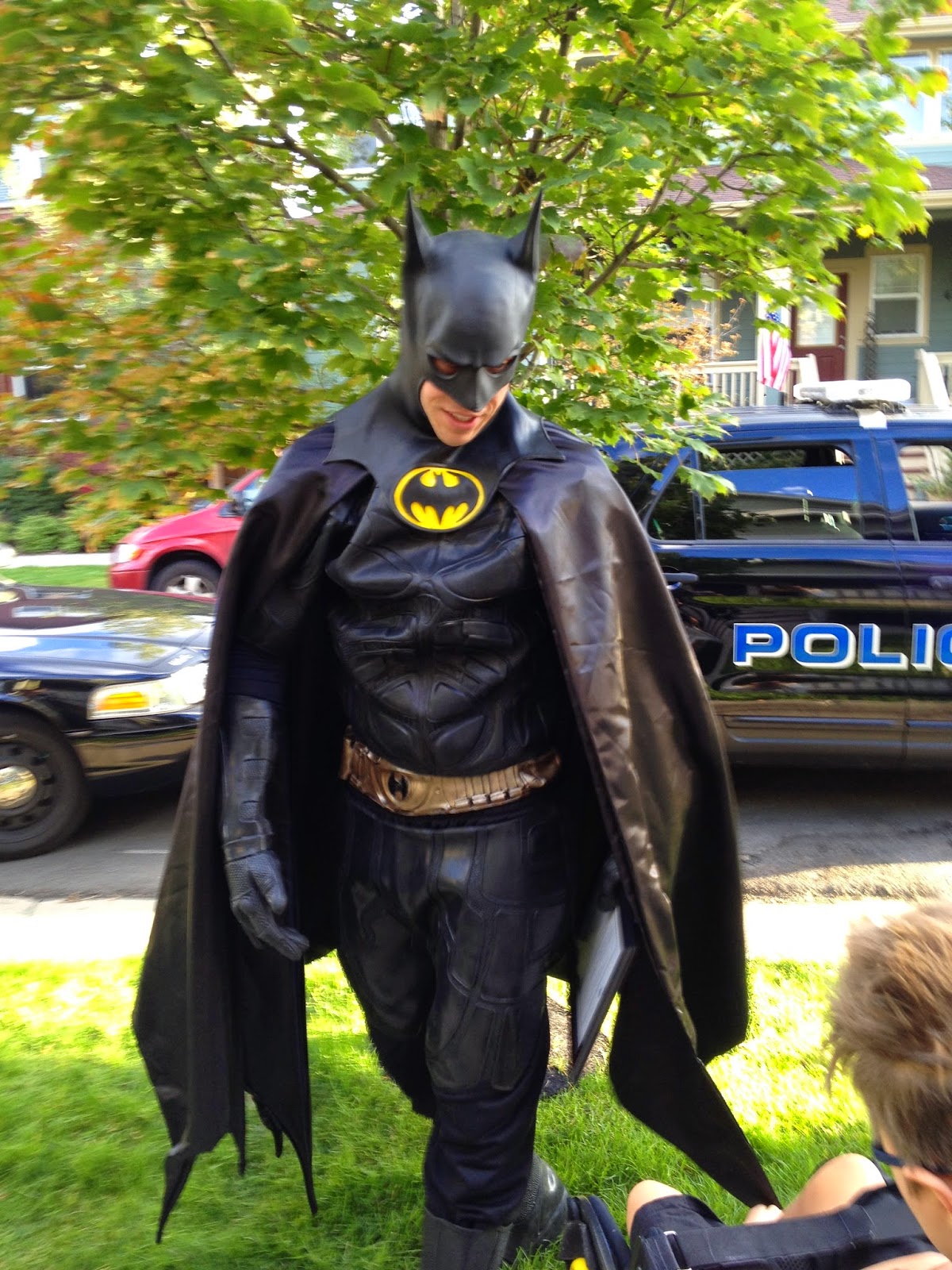 BATMAN!!! (Who happens to be one of the officers who wanted to dress up as Batman for Max.) 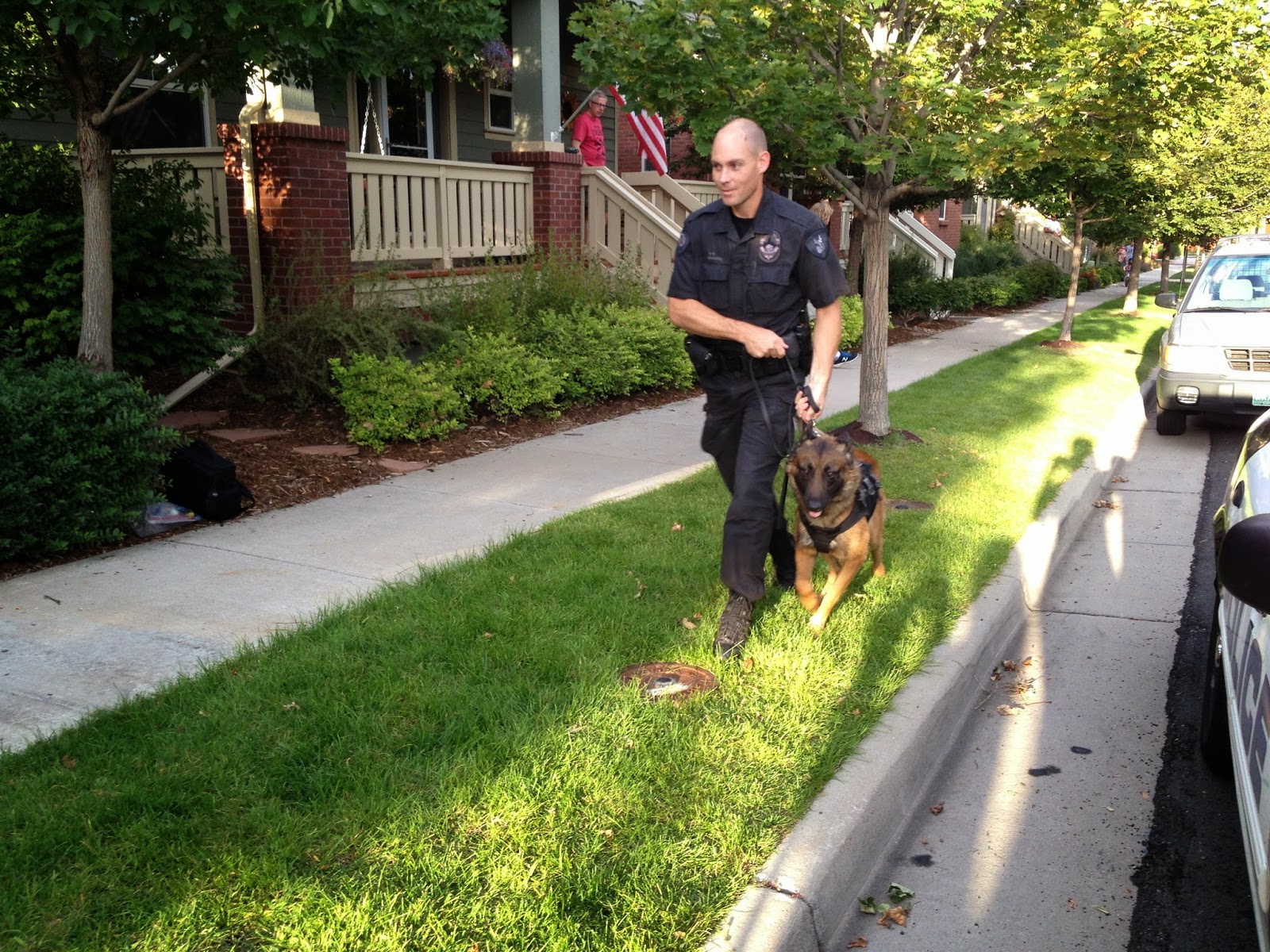 Max was made an honorary police officer, and an official crime stopper.  They also presented him with t-shirt, and hat, a squad car model, a badge, and a Bat Mobile.

Those of you who have followed Max's story for a while know that we have had to stay in Colorado for Max's care.  We have tried to gather a tribe around Max where he is., when we as a family were suited to travel the world and live in far off places.  These officers are part of that tribe. We live in an incredible community, who care about making sure Max has a wonderful life, they are part of that tribe.  The friends from his school who came to be a part are part of the tribe.  Max's nurse who came on her day off to see him happy is part of that tribe.

We are simply always in awe of the incredible things that happen for him.  We are so grateful to the Westminster Police Department,  and the neighbors who contacted them on our behalf to make today happen.  Usually a turnout like this is for a solemn event, or terrible tragedy.  Today, it was in celebration of our son.  He may never grow up to be a real police officer, but today they made him feel special, and like he could do anything he sets his mind to.

this is awesome, such a special day.

Oh my goodness! Monster Max has made an impression on our family! You may think that having the officers there made Max's day, but let me assure you that HE made my husband's day! He was one of the K-9 officers there and thought Max was pretty awesome! If Max ever wants to see K-9 Igor again...you just let us know! Hugs to your family! Alana Johnson

Oh my goodness! Monster Max has made an impression on our family! You may think that having the officers there made Max's day, but let me assure you that HE made my husband's day! He was one of the K-9 officers there and thought Max was pretty awesome! If Max ever wants to see K-9 Igor again...you just let us know! Hugs to your family! Alana Johnson

So, so awesome! I'm so glad you're doing well Max!

How wonderful! It made me cry! Loved it!

I love everything about this!