Updating Max's blog has fallen off my radar these past couple of months.  Since posting last, he's not been feeling very well. He's had a lot of high fevers and been laying low.  I will update in my next post what his new diagnosis is, but for now I want to update with what has been going on since I last posted.

Max started a journal in school and therapy in November.  He wanted to write down some of the things that were on his mind. 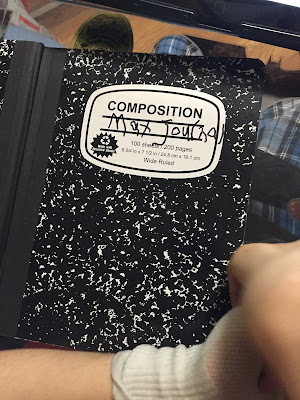 He says what he wants to with his computer and then we print it off to put into his journal.  He writes the date and sometimes writes his name. 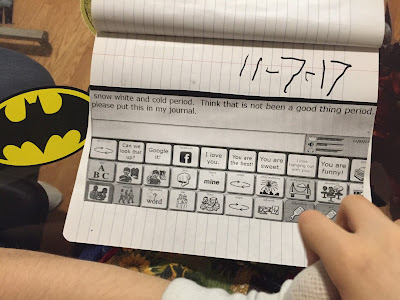 It was a really mild November, so when Max was feeling up for it, we went on walks. 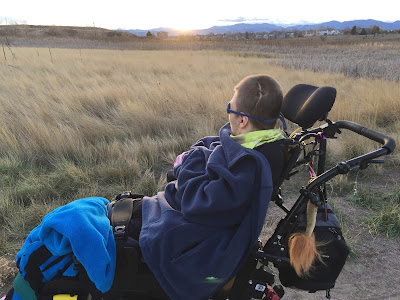 By the time Thanksgiving rolled around, this was how Max was feeling most of the time. 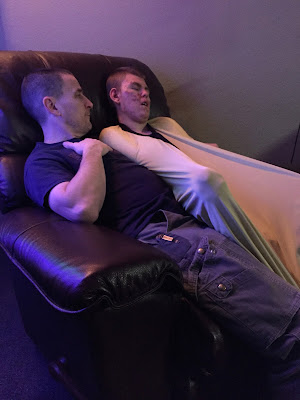 He had fevers daily, and had a lot of therapy and school cancelations because he was feeling so poorly.  If he did have school or therapy, he would crash after each time. 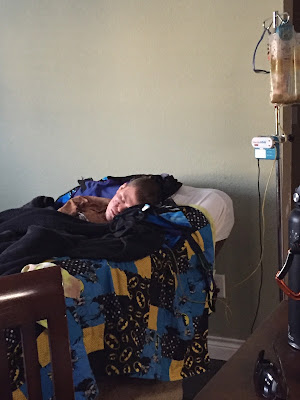 Here he was telling us that he was sick...he never had any other symptoms than the fever and being really tired.  We had tests and lots of visits in clinic, over the phone and email with his doctors. 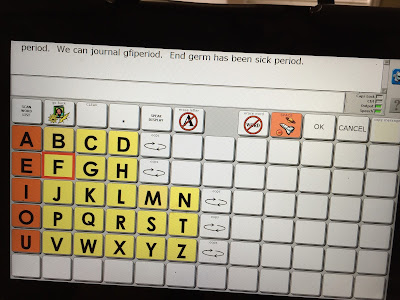 After he told us he was sick, he said right i journal the end. School this year has been spotty because of how he's been feeling.  First with migraines, then with fevers.  Hopefully we can get him feeling better and start back to school next week. 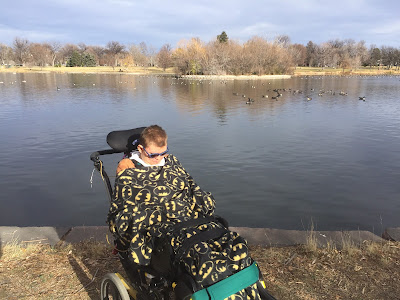 In December, it was time for Santa.  Max has always been a big fan of Santa and I expected this year to be no different.  On a good day, I asked him if he wanted to write Santa a letter before he came to visit.  This is what he came up with. 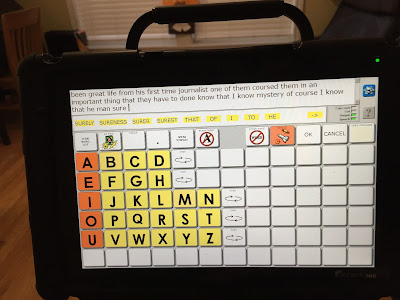 been great life from his first time (He was telling Santa he had been good since he saw him last.) *journalist was auto-predicted from him wanting to journal*
one of them coursed them in an important thing that they have to done (he was agreeing with his teacher that it was cool that fireman Santa comes to his house to see him.)
Then he really surprised me.
He said:
"I know mystery"
I said, "what mystery fo you know? A mystery about Santa?"
"Of course, I know that he a man."
I said, "you're right.  Fireman Santa is a man. Is that okay?"
"Sure."

I asked him if he wanted to tell Fireman Santa what he wanted for Christmas and he said, "first and was very much of the city go to see it. " "di nuwv er denver zoo" 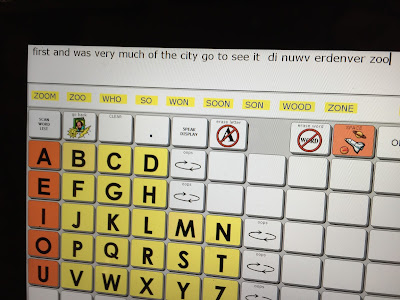 He made his letter for Santa to have and signed it. 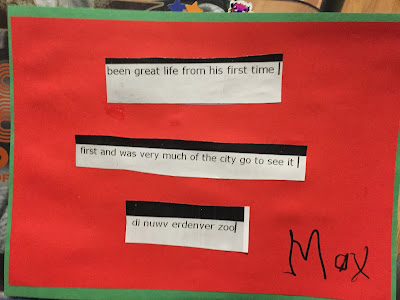 He was happy to see the big man, and the firefighters too. 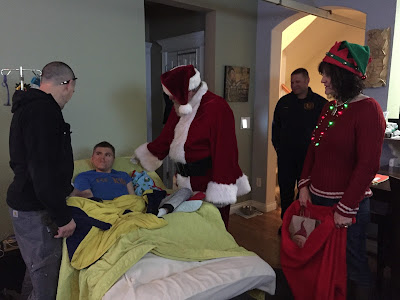 We took a long December walk before Christmas.  It was such warm weird weather.  This was right after we saw a few coyotes.  He loves seeing the animals out on our walks. 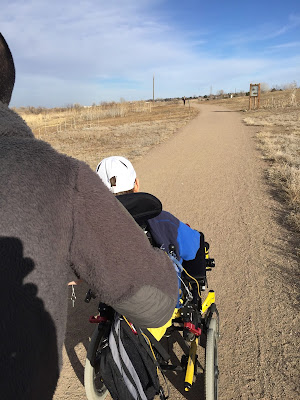 Max's cousin asked for a painting by him for Christmas. He painted her all the colors on a tiny canvas. 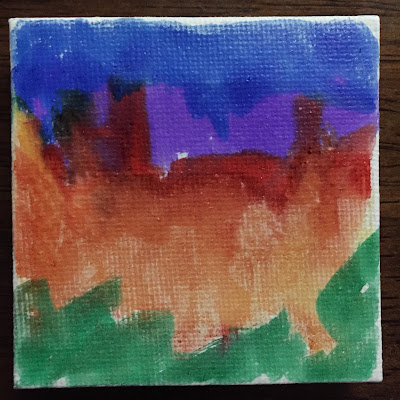 Max's speech therapy clinic had a shopping day for their friends who use talkers.  Max was able to go with Robby and choose gifts for mom and dad.  He chose some sweet gifts for us, and made us each a card.  But this picture he chose for me was the best, best. For Christmas we took him on his day in the city...with the understanding that we would really go for an adventure in the city when it was warmer and he felt better. 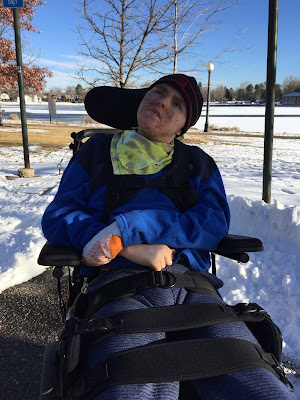 We got out of his van shortly at his park for a Christmas day photo.

The rest of the year was spent feeling full of fever and uncomfortable.  But, now we're all caught up with photos and I can now update on how we came to figure out what's been causing all the fevers.
Posted by Deana at 5:31 PM