It's a week late, but I have to post about Max's Valentine's Day before I forget.

His teacher put the call out to a fellow teacher for her students to make some Valentine's Day cards for the homebound students since they aren't able to go to school and enjoy the parties.  And WOW - did they get a response?!  The cards are still pouring in from schools all around the district, but also from as far away as Germany!

Here are a handful of the first batch that came in for Max.  Several are from some of his former classmates who remember he loves Batman.  Some are from the local high school and some are from pre-schoolers.  It was so special to see the love passed on to Max, and he loved all the notes sent his way. 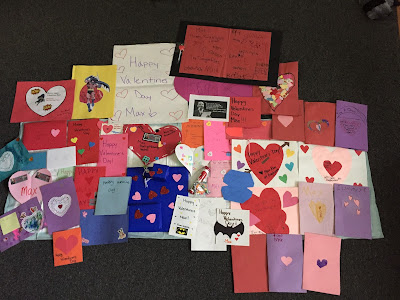 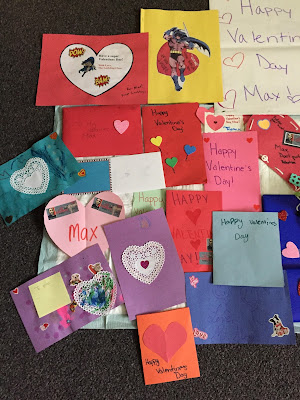 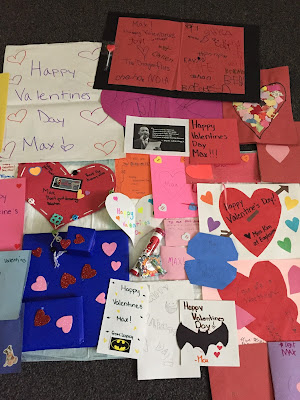 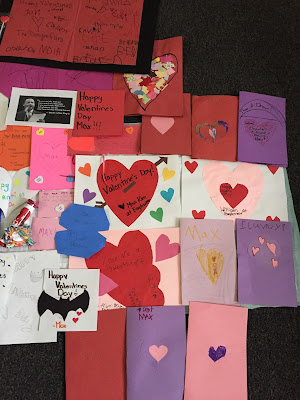 He even had some wrapped gifts.  There was a joke book, with the grossest jokes bookmarked for him.  Some candy, and a puzzle, and a beautiful book on Martin Luther King, Jr's "I Have A Dream" speech. 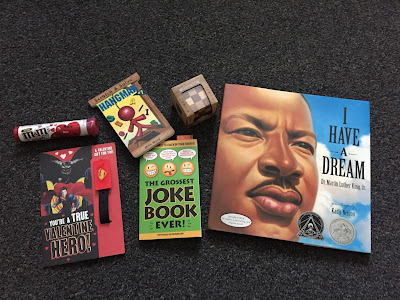 What a lucky guy to have such a great teacher who thinks of the little things he misses out on not being in the classroom.  And what a wonderful school district we live in - such a great community.

That's amazing -- you are indeed fortunate to have a teacher and community that is so thoughtful.