Max has been focused on all things Santa these past couple of weeks.  He and his teacher were playing some Christmas games on his ipad and one of the questions asked "Where does Santa live?" The choices were, The North Pole, The Moon, and Australia.  Max answered the moon or Australia every time and got the biggest kick out of it.

His teacher told him he could write a story about Santa living on the moon if he would answer the question with the answer the game wanted.  So he did, and he got to write his story. 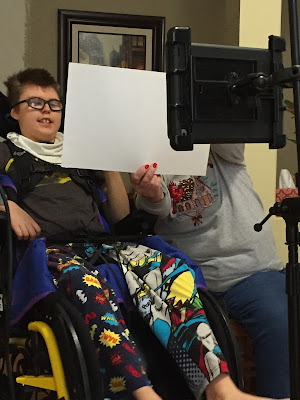 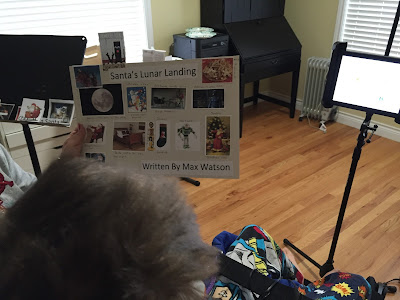 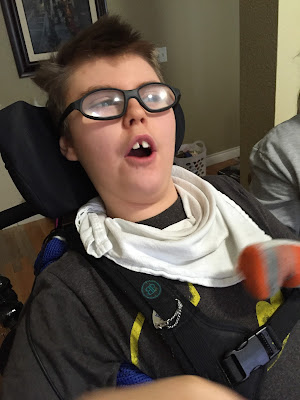 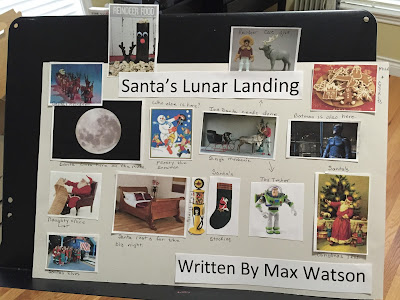 Santa lives on the moon.  Santa rests for the big night.  Who else is there? Frosty the snowman, his elves, and Batman. What does Santa need on the moon?  The naughty and nice list, and reindeer good. What job does Santa need done? Sleigh mechanic, toy tester and reindeer caregiver. What does he need for his job? Reindeer food, fuel for his sleigh, a stocking a Christmas tree and cookies.

His teacher gave him all these choices in his talker and he chose ALL of them going through it four times.  Once he was finished with his story he said "Written by Max Watson."

So there you have it, Santa on the moon, as imagined by Max!