Max is starting to learn about poetry.  His teacher read him some haikus from the book Guyku, which is haikus for boys.  Max was feeling poetic on Friday and decided to try his hand at writing a couple for himself.

A little reminder on how haikus work, it's a 17 syllable poem.  The first line is 5 syllables, the second line is 7 syllables, then 5 more syllables to finish on the third line.

Max made both of these by using his computer talker, mostly in the alphabet screen.  That is where he can choose to either spell words, or start to spell words and choose from a list of words the computer auto-predicts.

His first haiku was called Officers: 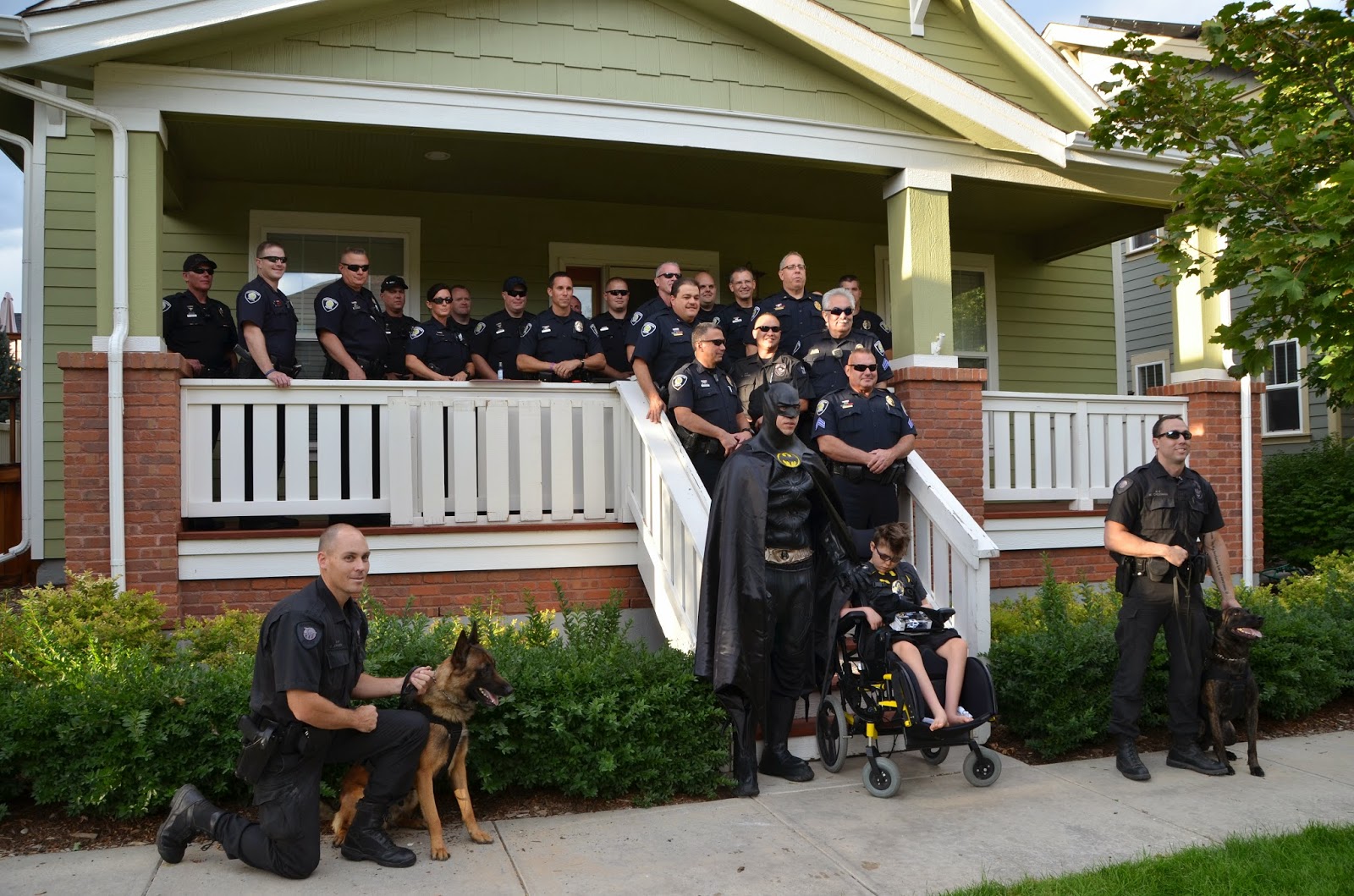 He was very proud of this poem.  We all gave him a lot of praise for writing such a great poem.  Then he tells us, "Today period." I told him the officers wouldn't be coming today, and it's not real likely we would ever have that many officers at our house again.  Nice try, though!

Max wanted to write a funny haiku next.  We read a lot of Shel Silverstein poems the day before, so this was his attempt at a funny, nonsense haiku.  For whatever reason, when Max is being absolutely hilarious in school, he says Aardvark, and then cracks up.  So with that explanation, I give you, Aardvark, the haiku.

No real idea why he thought this was so funny, but he was adamant that every word was where it was supposed to be, and that was exactly what he meant.  And he told us it was funny, and laughed at it.

I'm hoping he wants to write more poetry.  I think it's a great way to get his ideas across without having to make big sentences.   They show how smart he is, and his very funny sense of humor too.

Astounding. Seriously. I think poetry finds its way from the deepest recesses of the human mind. Max is so open to that, isn't he?