Here he is listening to one of his speeches.

We had visited the MLK memorial in Denver's City Park before, but it was when he was still quite young.  With his continued interest in all things MLK, we knew he would enjoy a visit to the park to see our city's memorial.

We've been having beautiful weather and it was a perfect day at the park.  Max wanted his photo beside the statue. 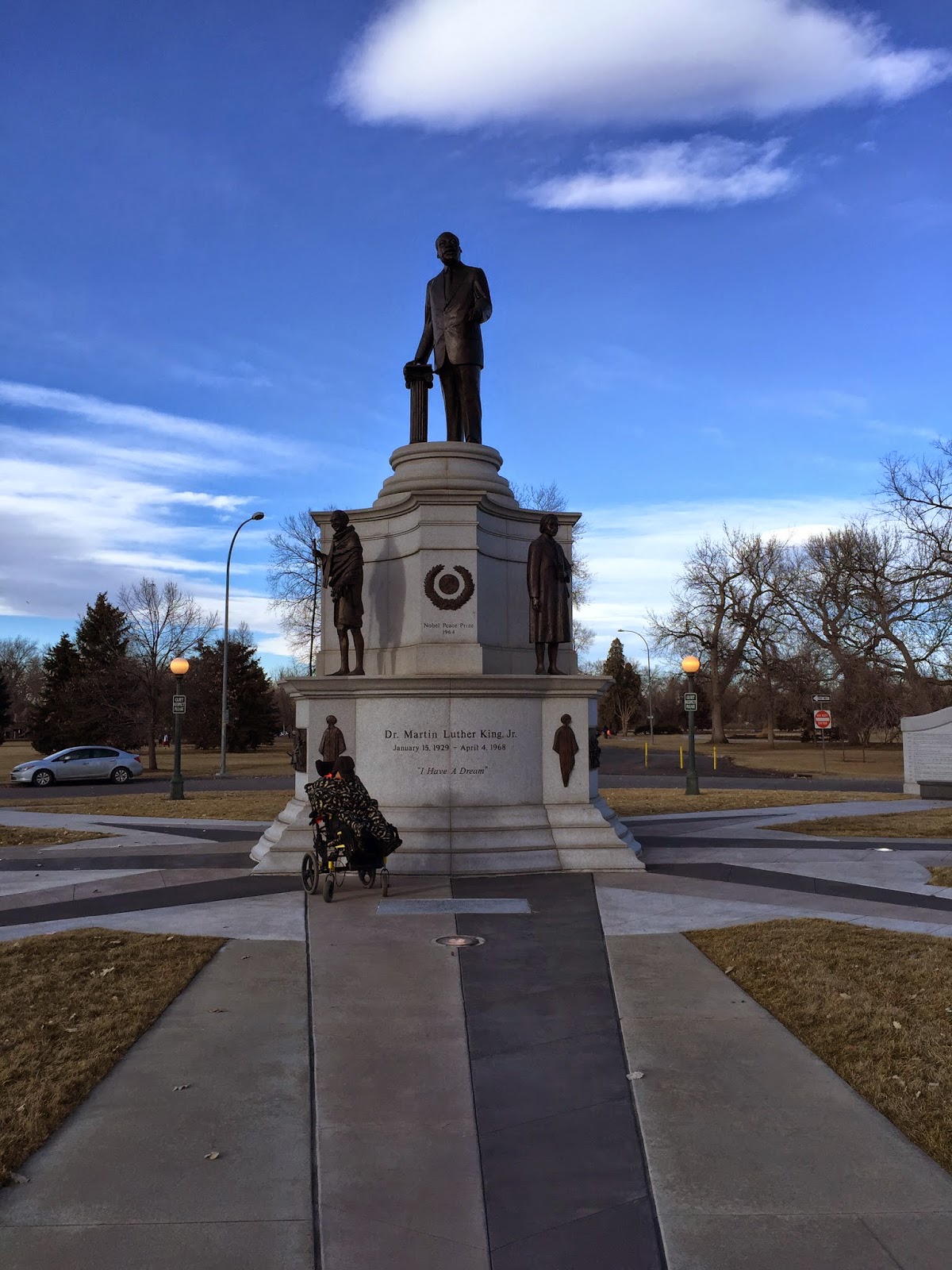 We read to him the explanation of the statue.  Martin Luther King, Jr. is standing on the shoulders of other important people, who inspired his fight for rights for all people. There is Mahatma Gandhi, Rosa Parks, Sojourner Truth, and Frederick Douglas. 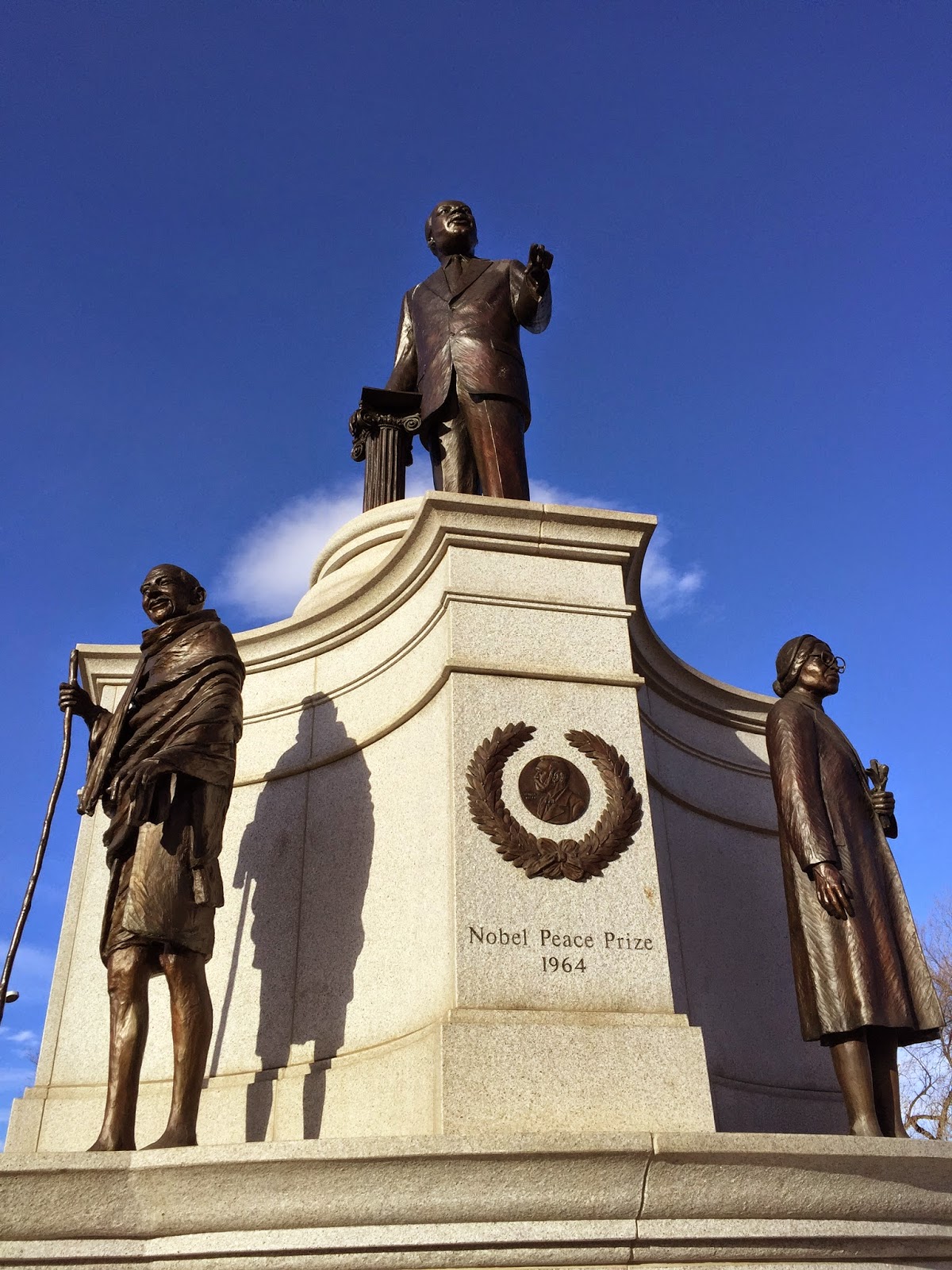 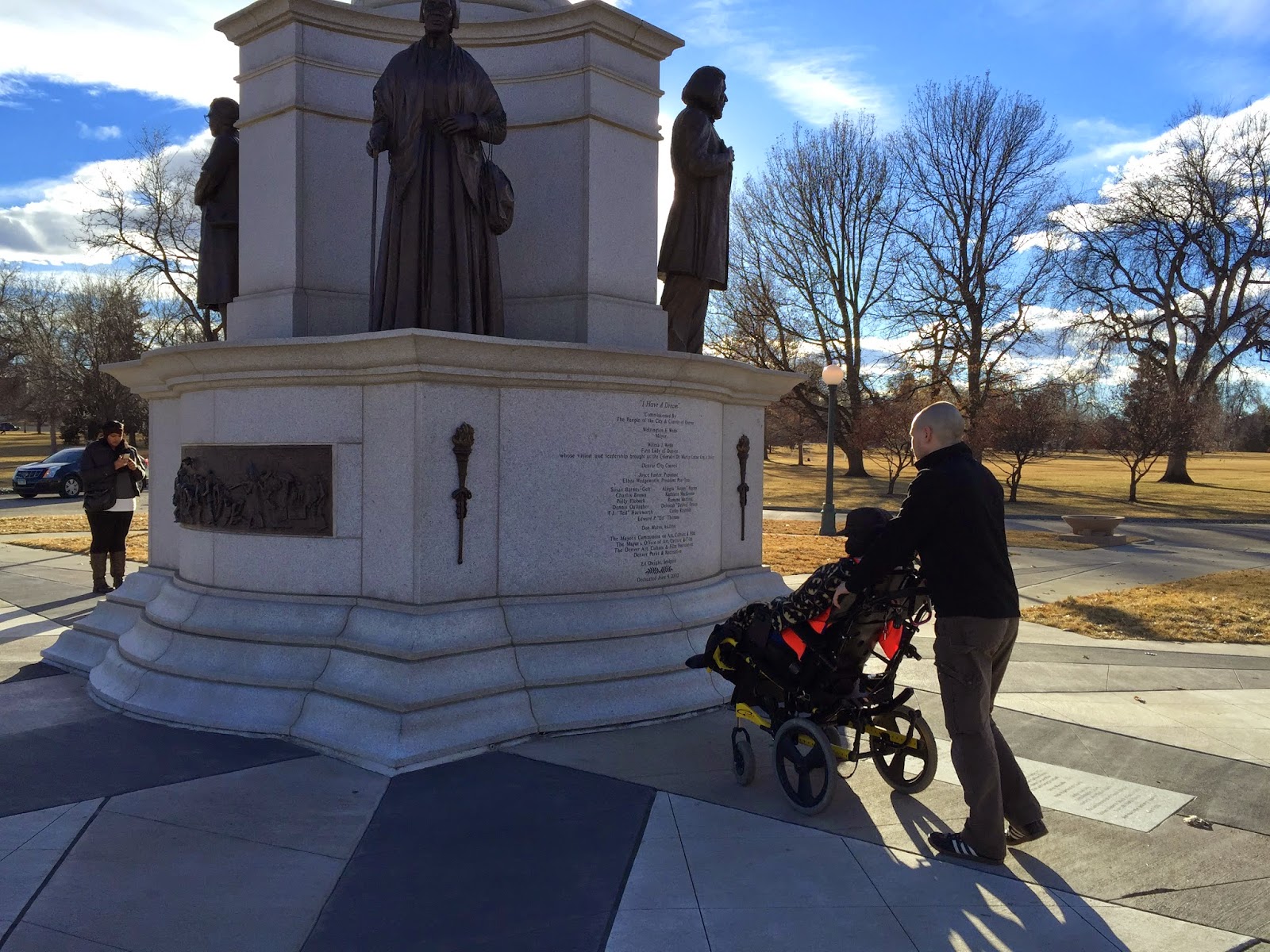 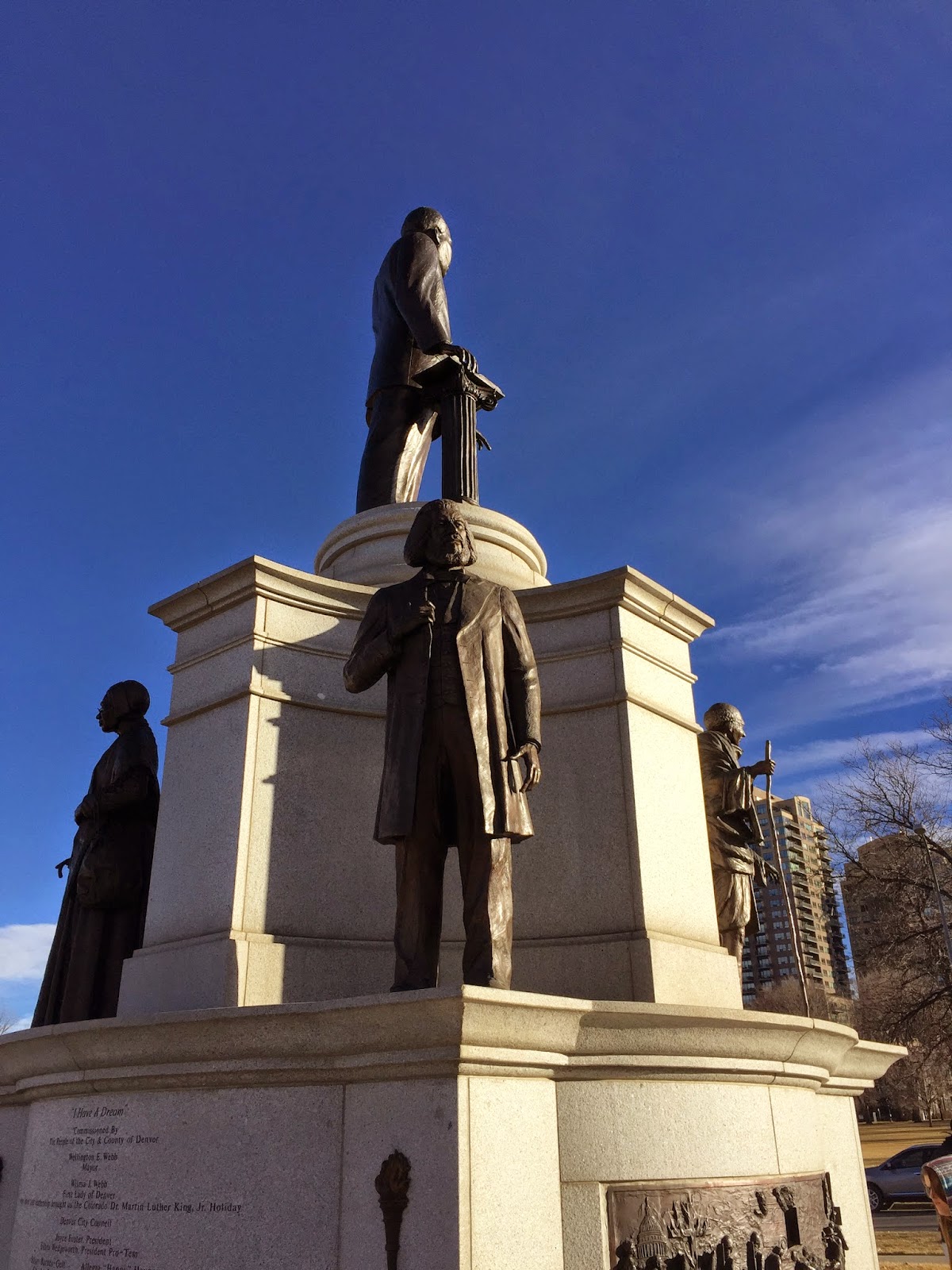 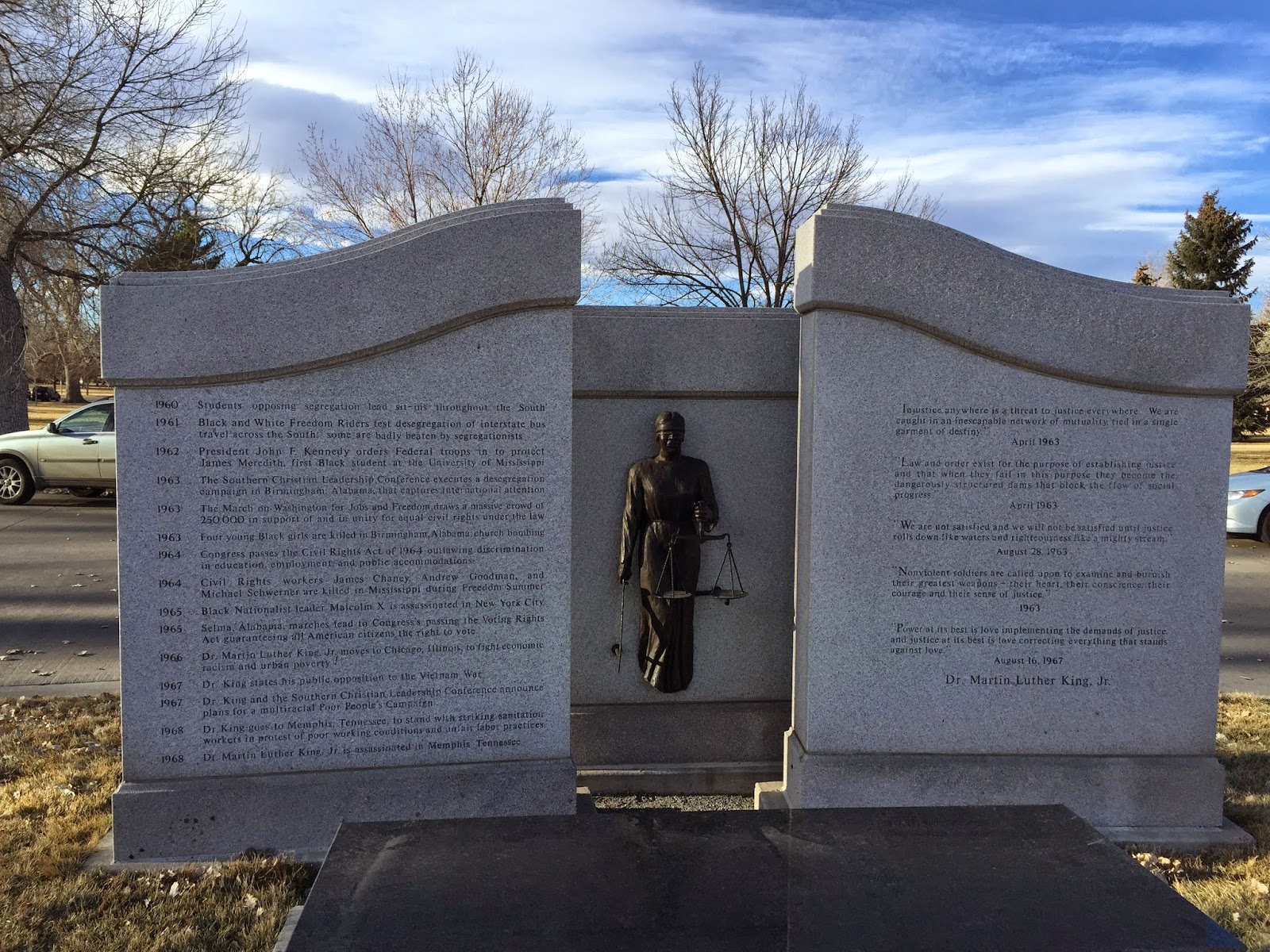 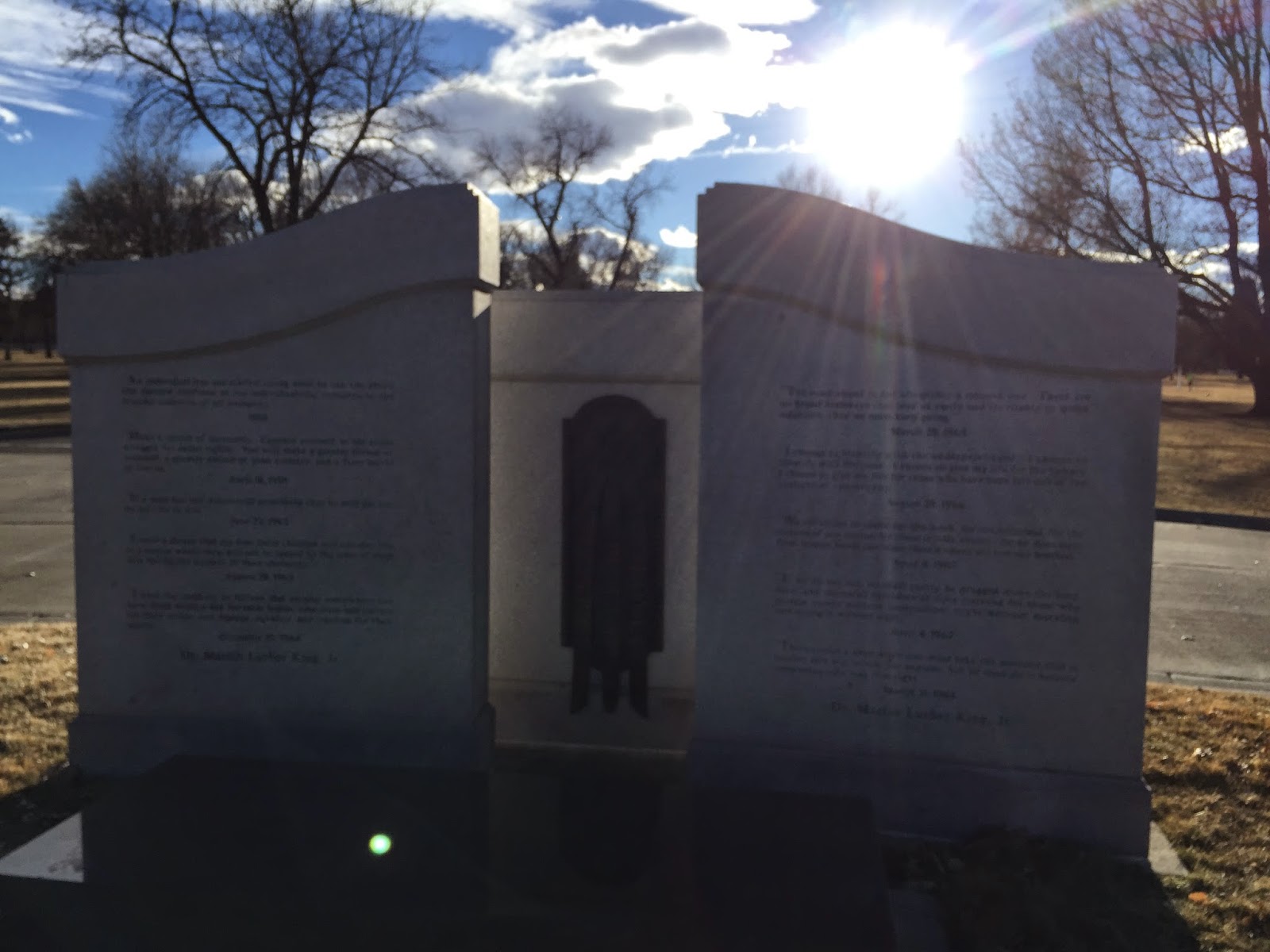 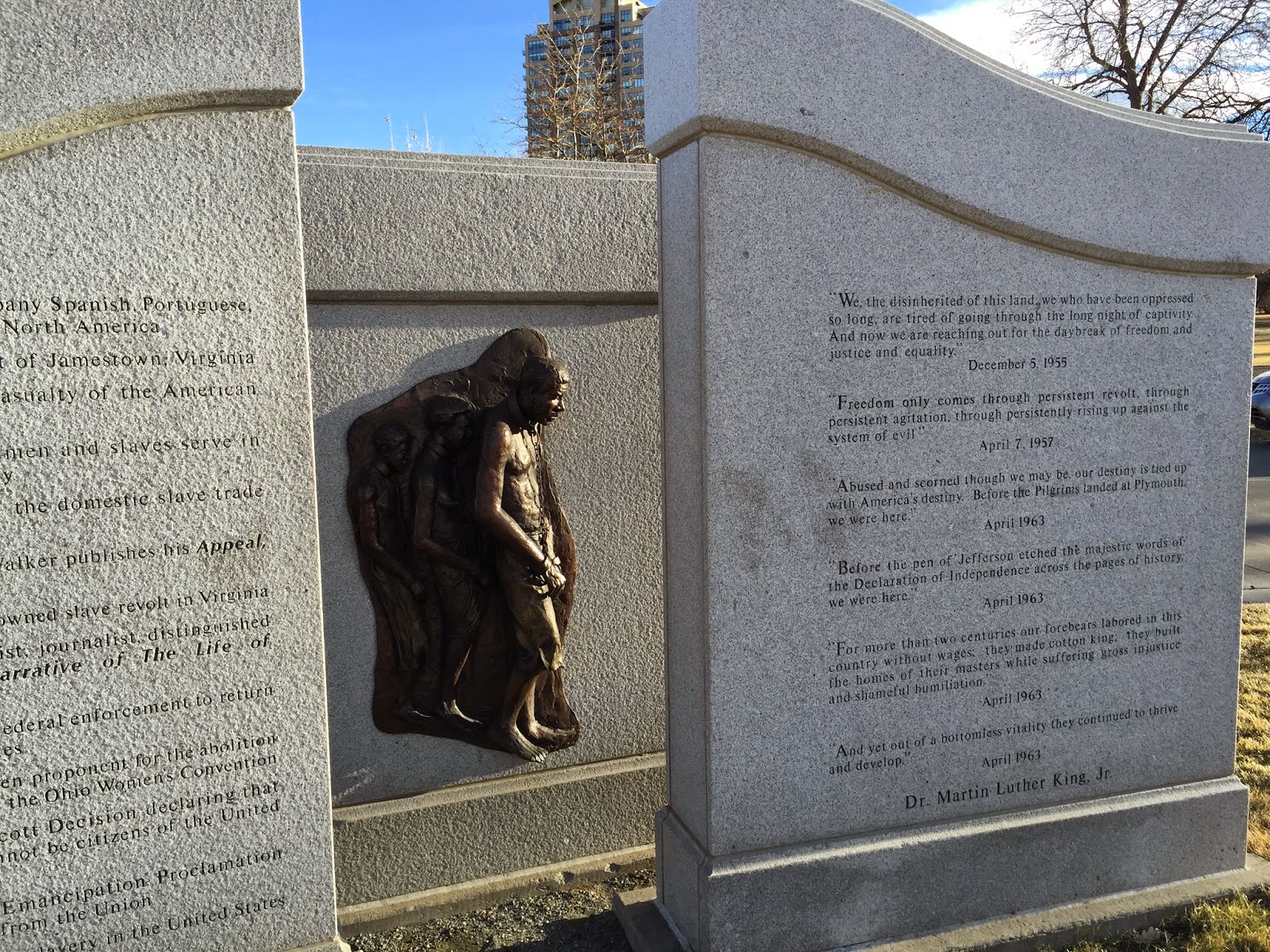 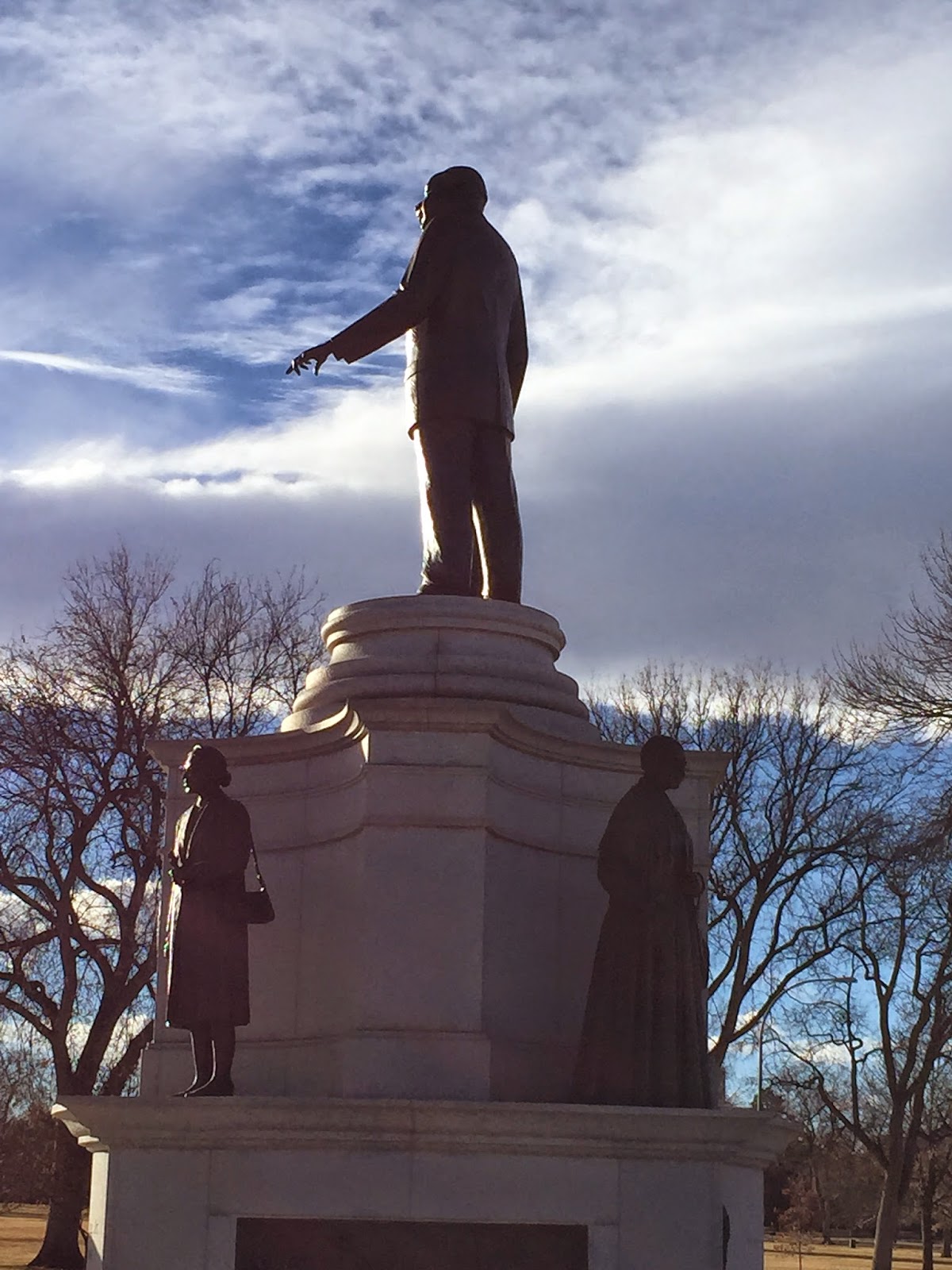 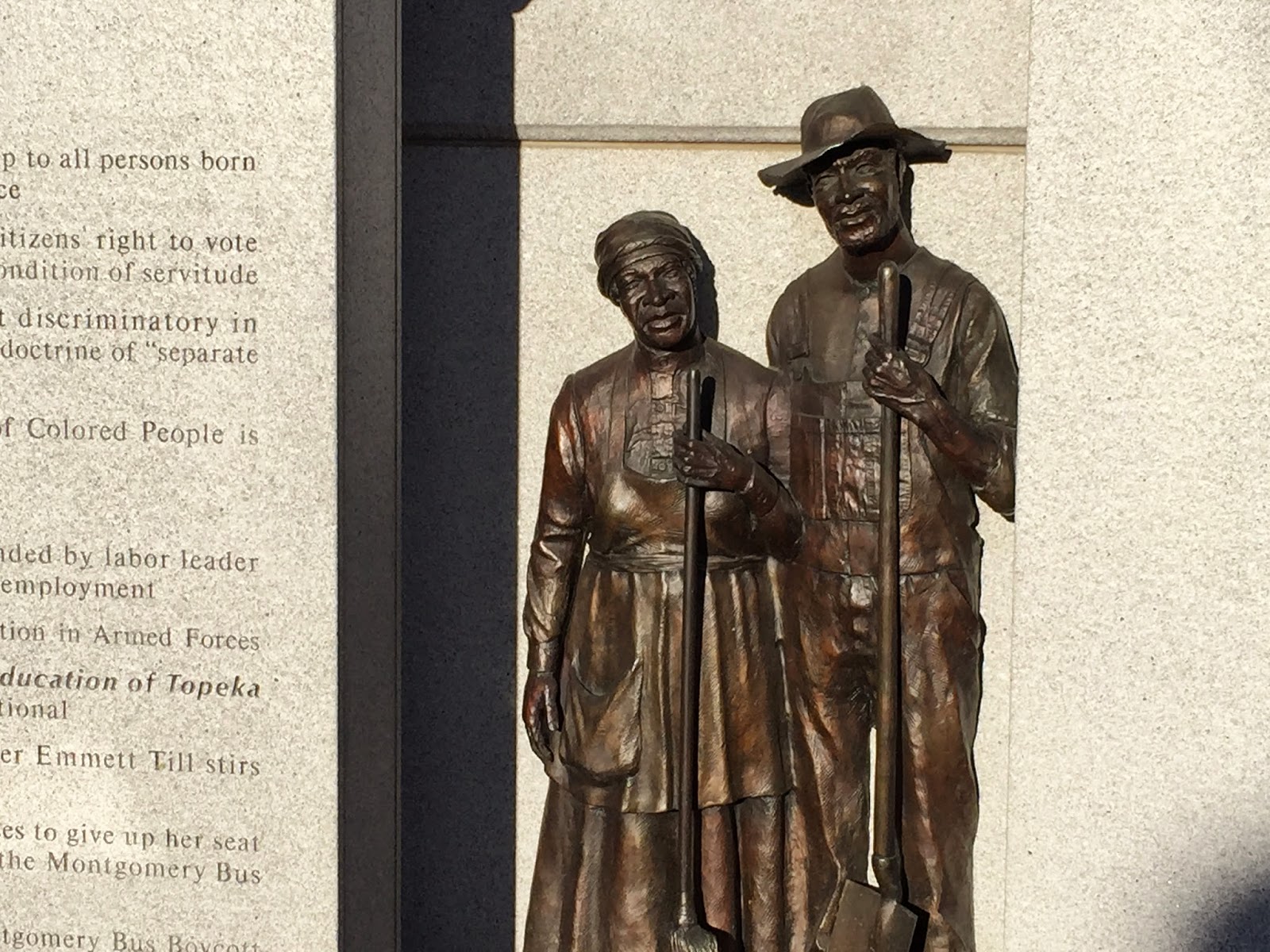 There is a recorded explanation of everyone represented on the statue, along with important African American leaders in Denver's history that Max enjoyed listening to. 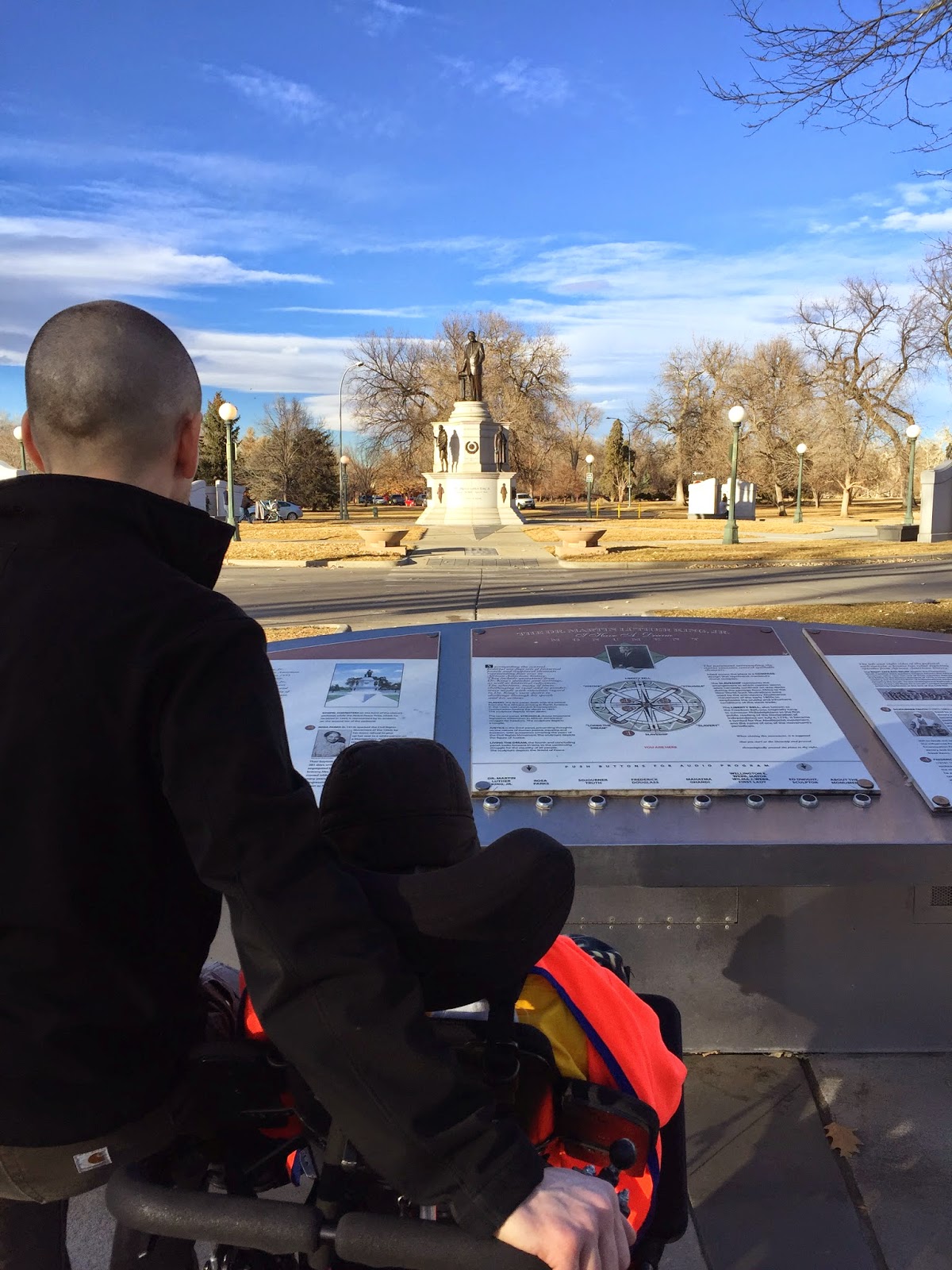 He wanted another picture with Martin Luther King, Jr. before we left.  We still find it so interesting, the connection Max feels to MLK.  He is definitely an important figure to him. 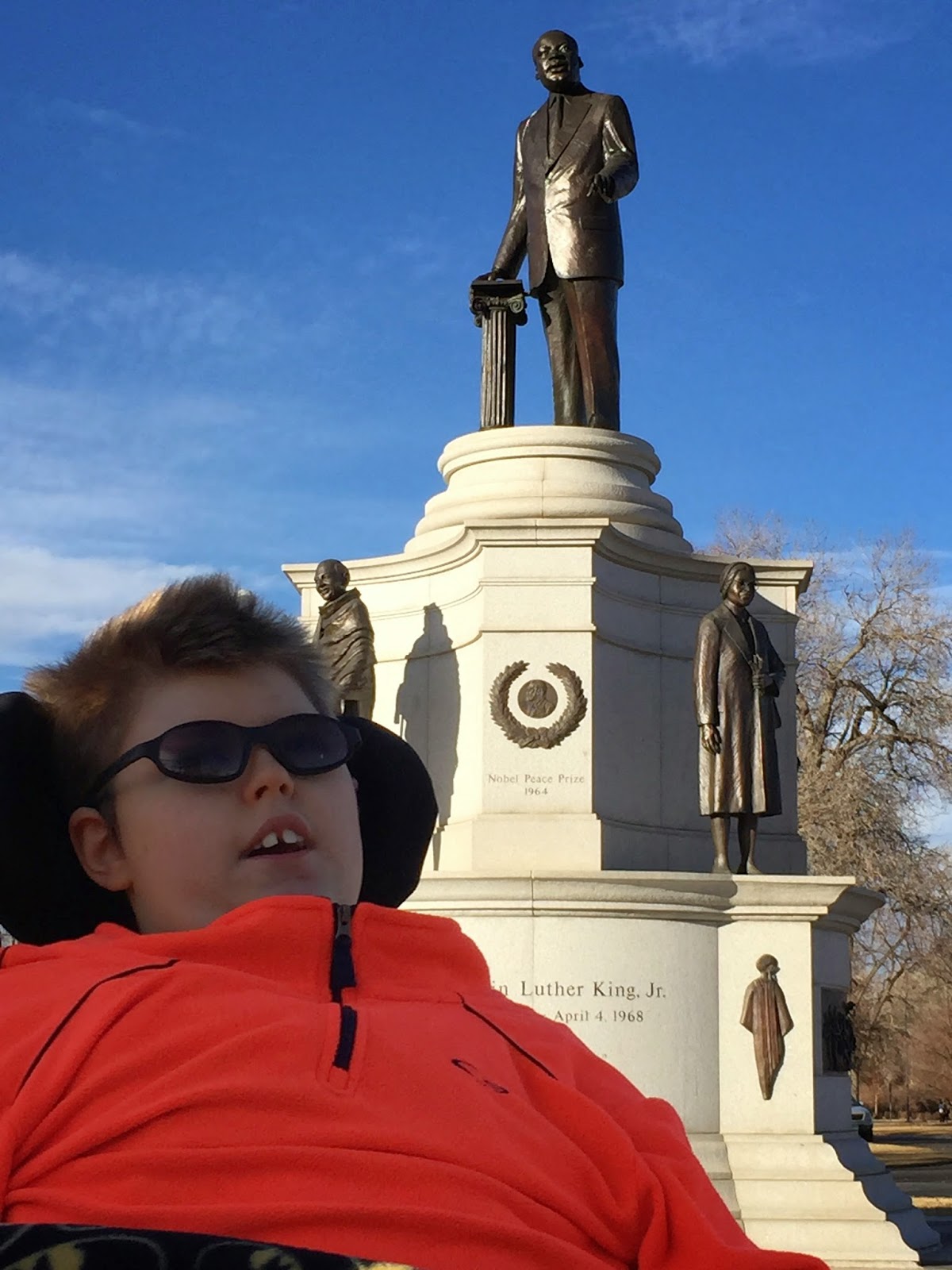 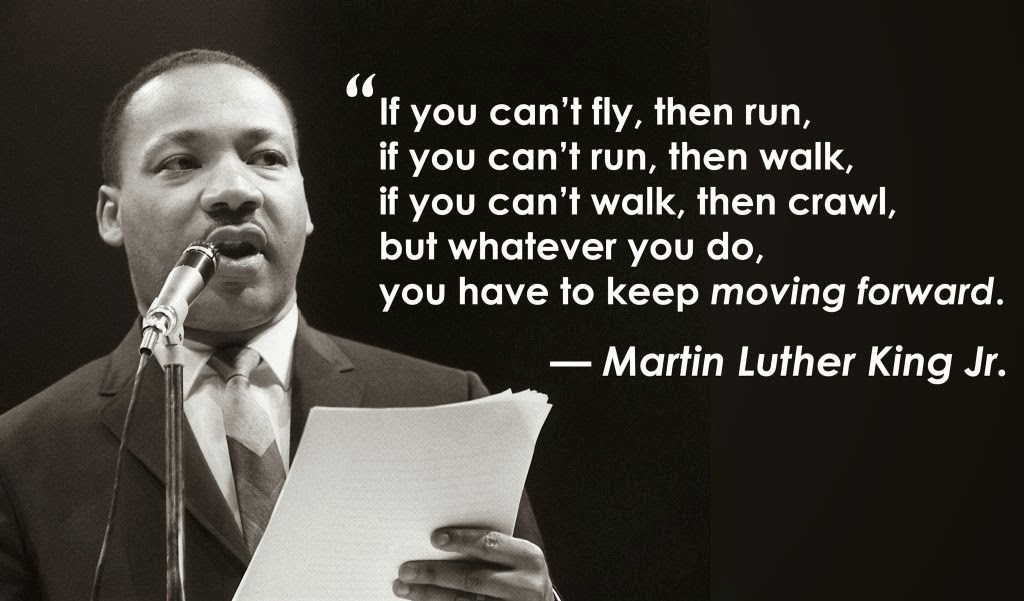