Can you believe I have two posts for one day?  We ended our day off of school and therapy with a rocket launch.  We live backed up to open space so we're able to set it off without too many problems...except for wind direction! 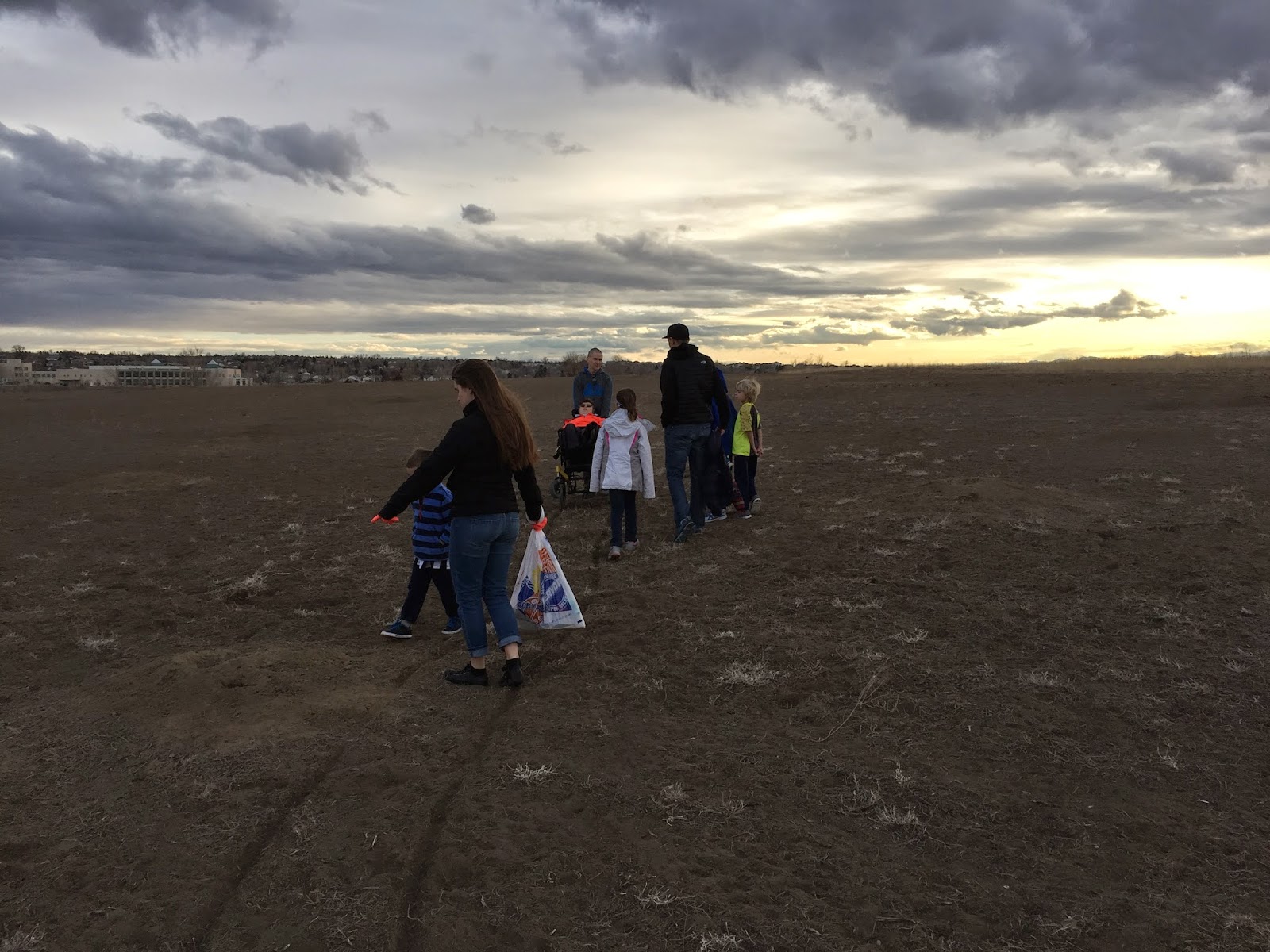 Since school was out, Max's friends joined us.  We didn't tell Max we were going to set off his rocket because the wind has been messing with our plans the past couple of days and we didn't want him to be disappointed if we had to cancel. When we walked outside and all his friends were there he was so excited! 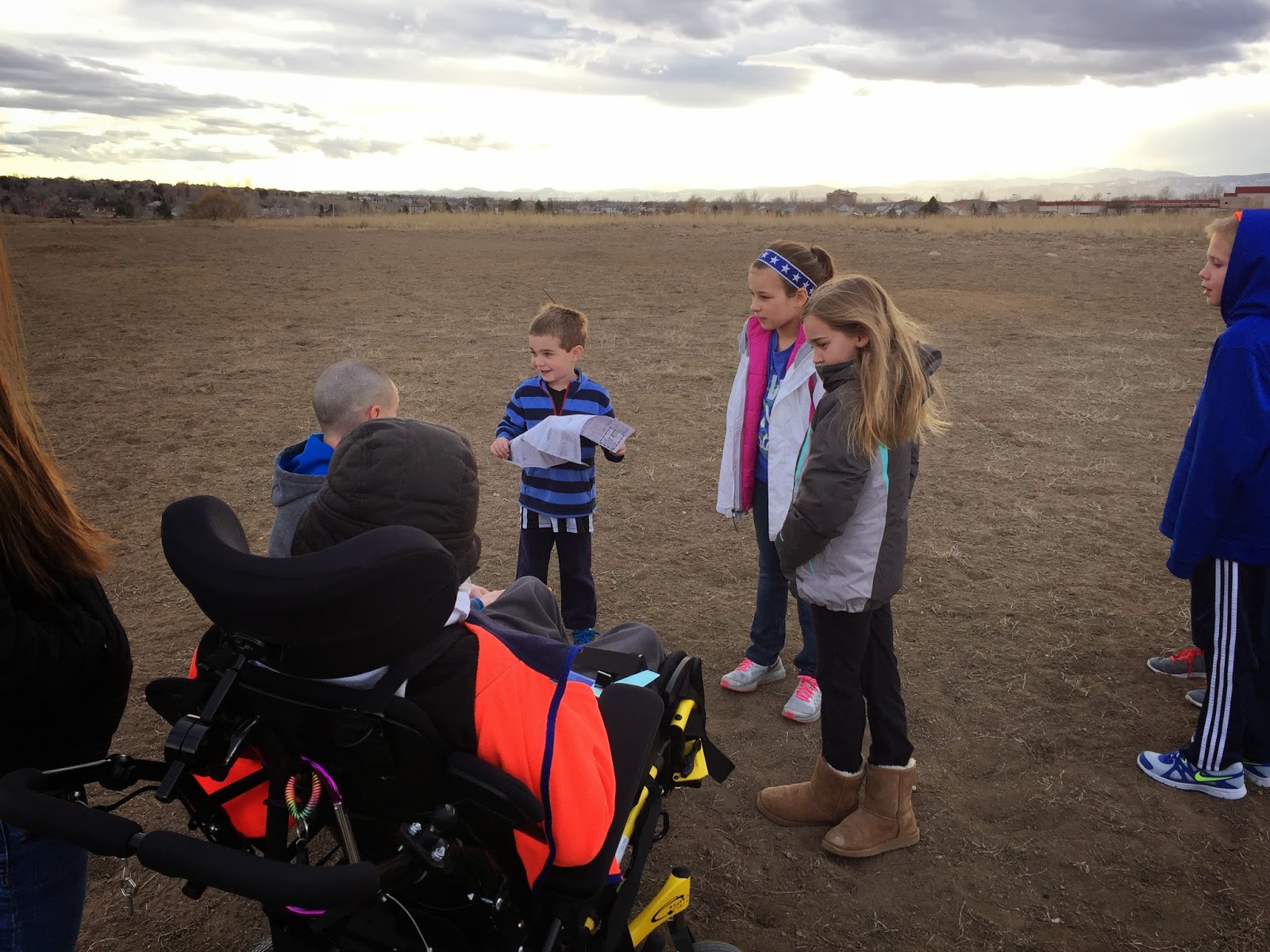 They were a huge help in getting the rocket ready. 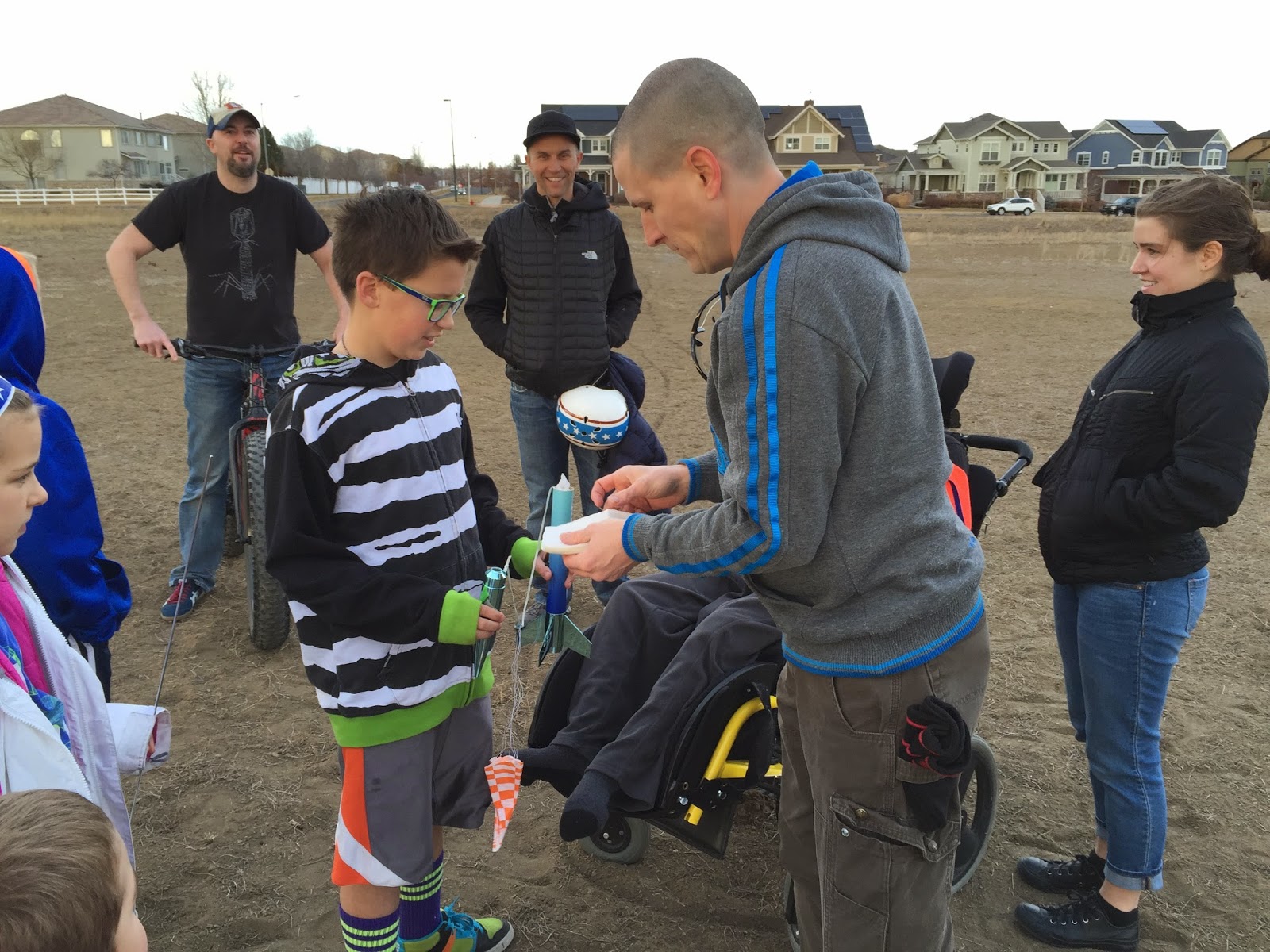 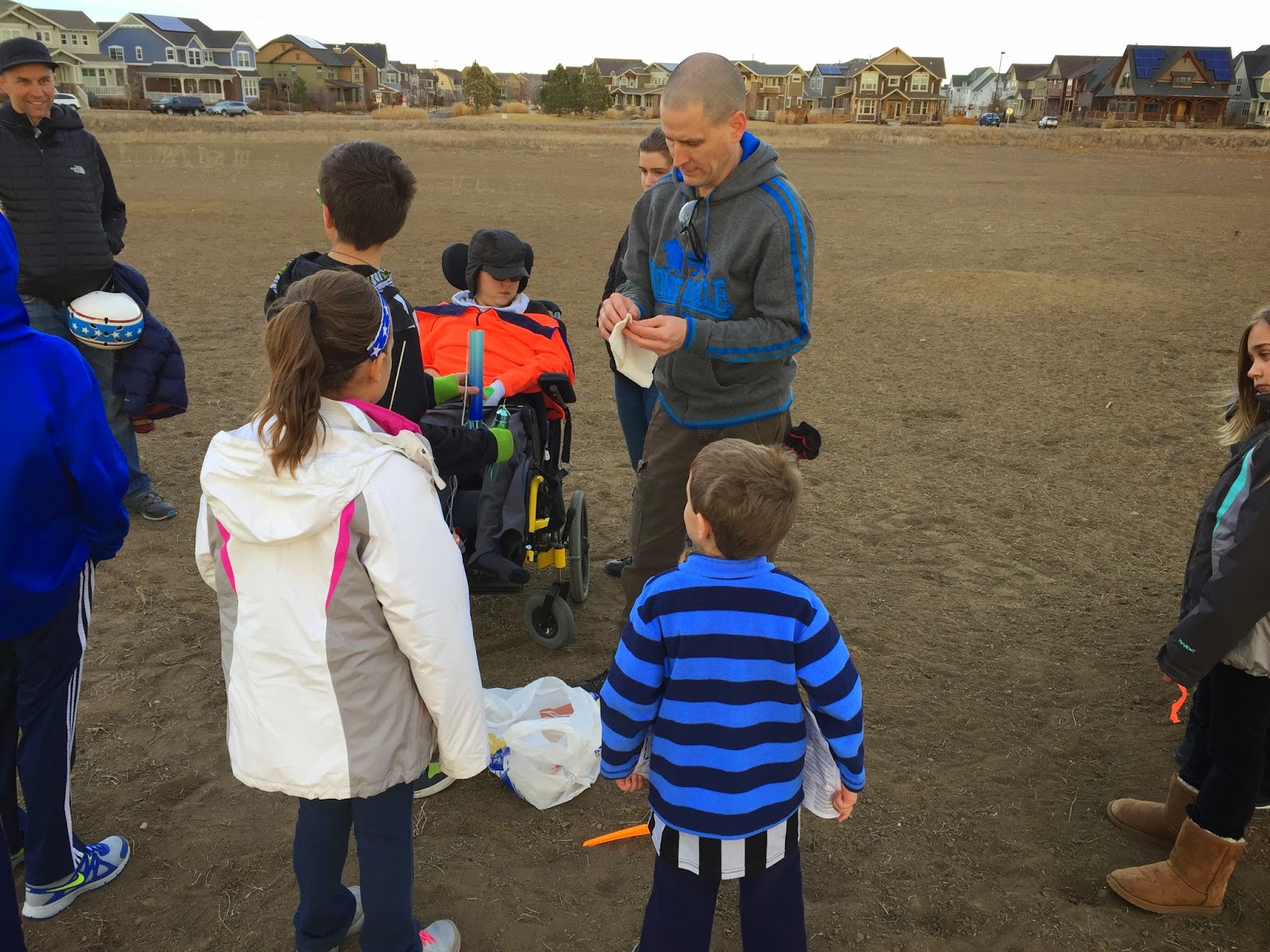 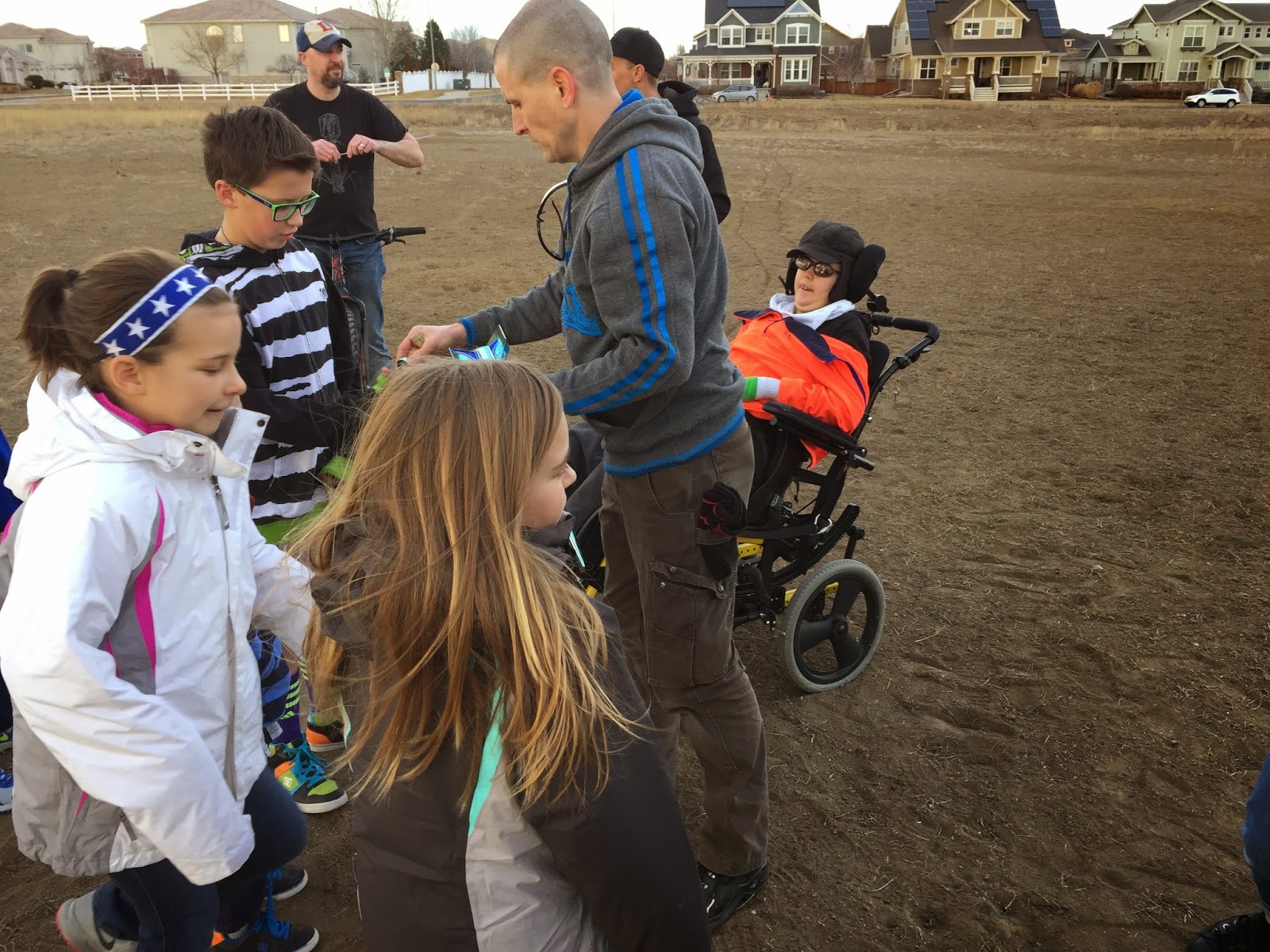 And helpful in taking video too! 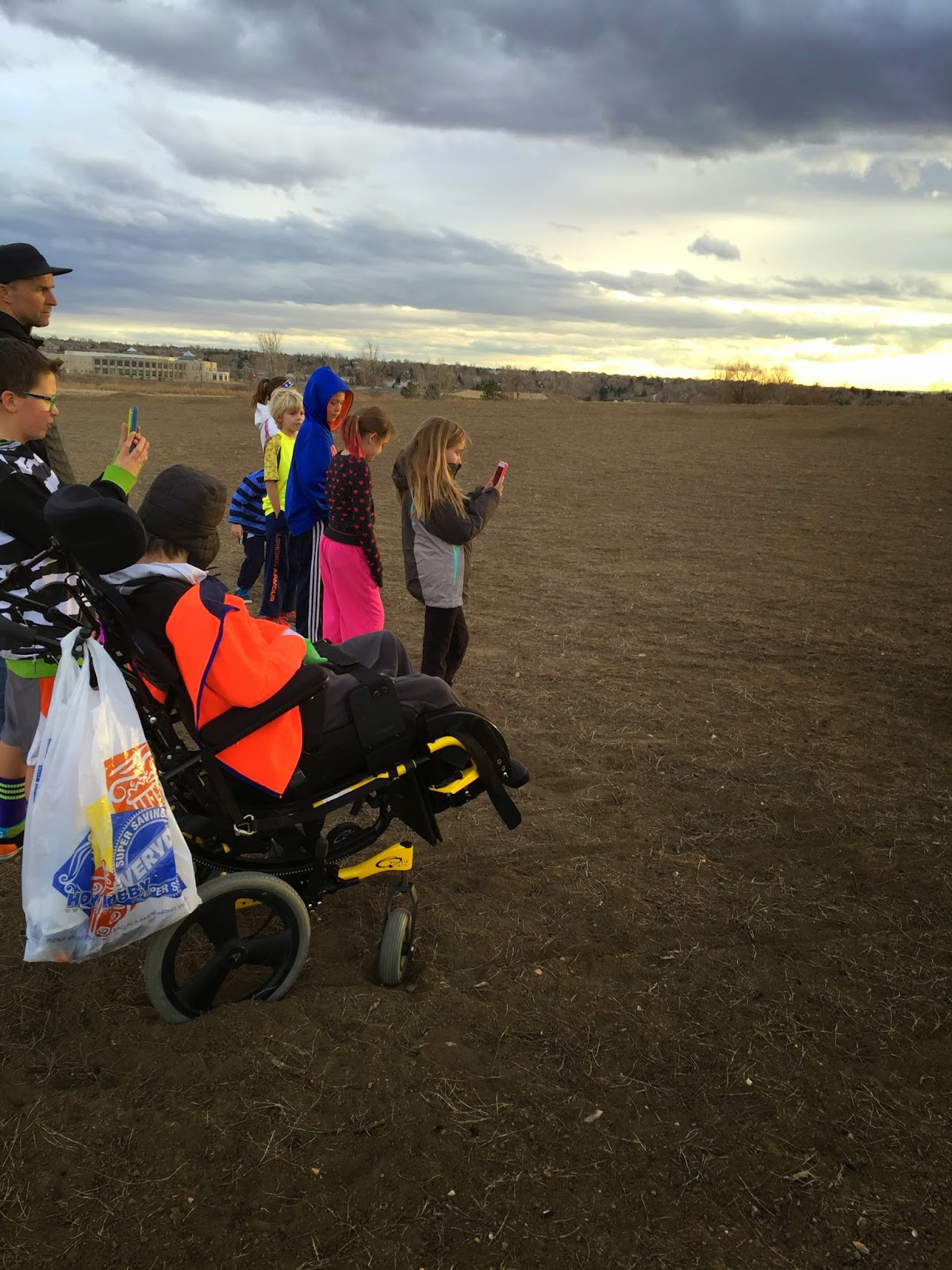 We had a few problems with the fuses, but once the dads sorted it out, we were ready to go.

Steve made a line in the dirt they had to stand behind. 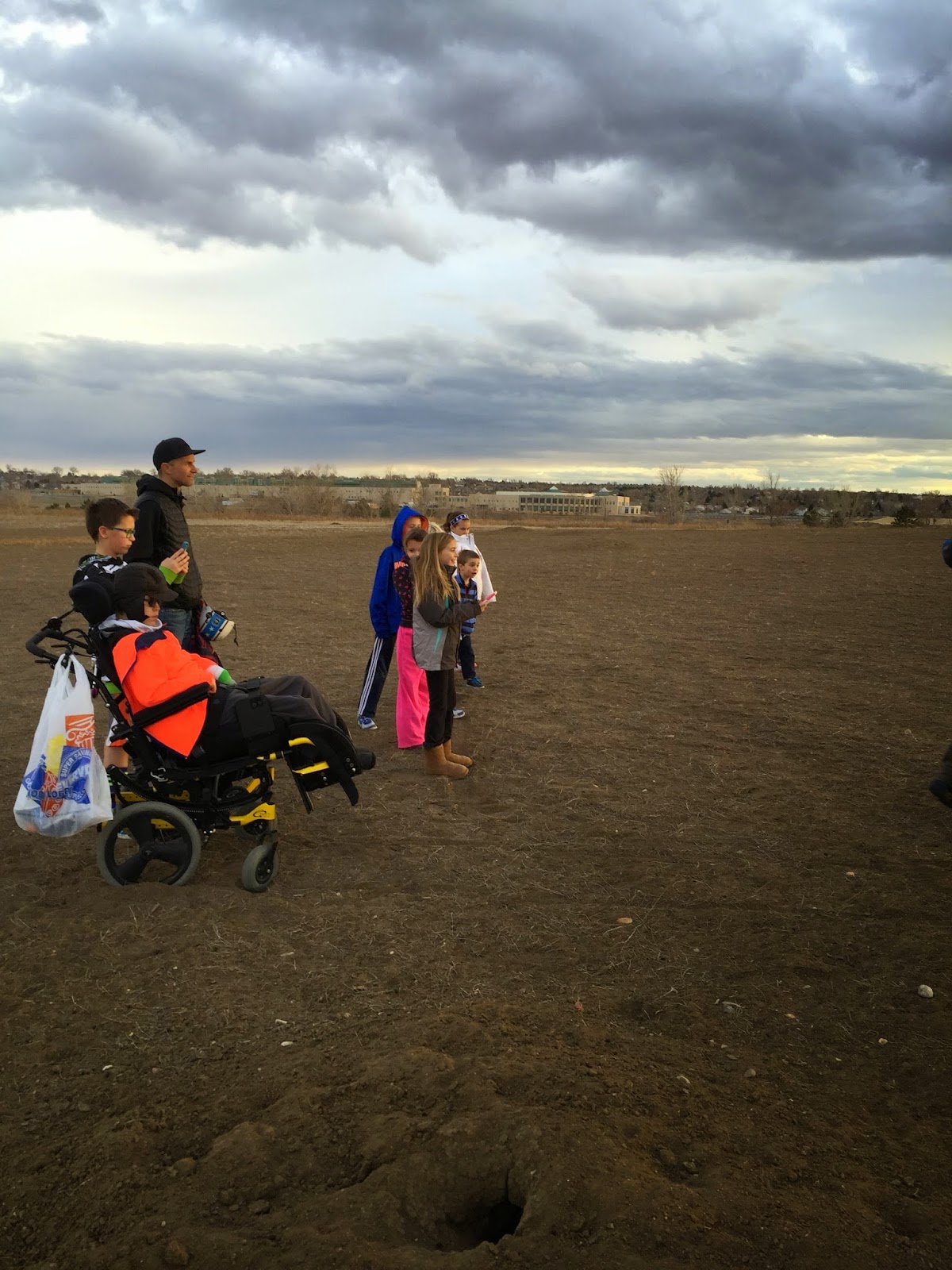 Then they got ready to run after the rocket. 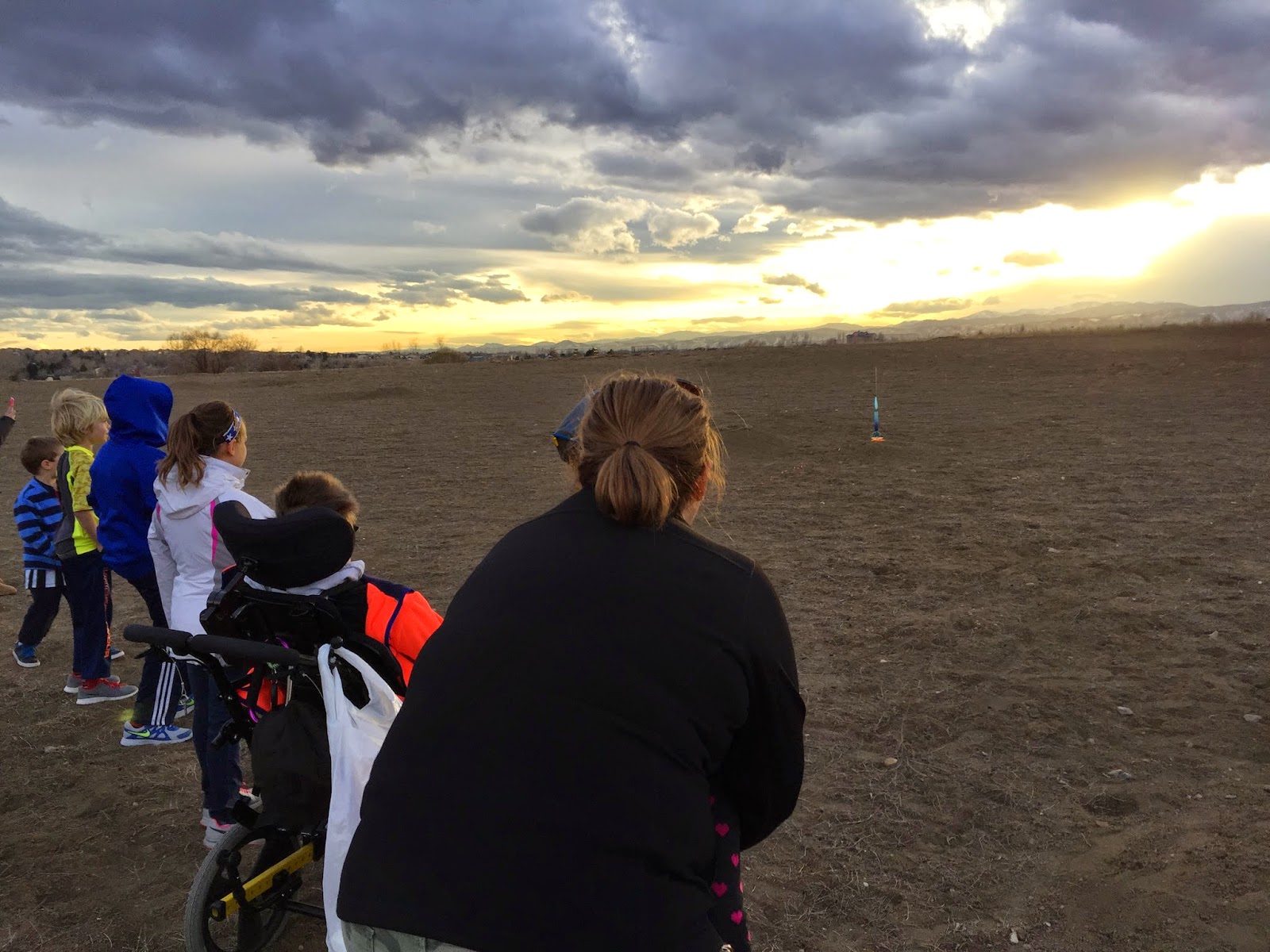 I took a video, but lost the rocket once it took off!


Good things his friends were on it, they were able to show Max their videos a few times.  Much better than my attempt! 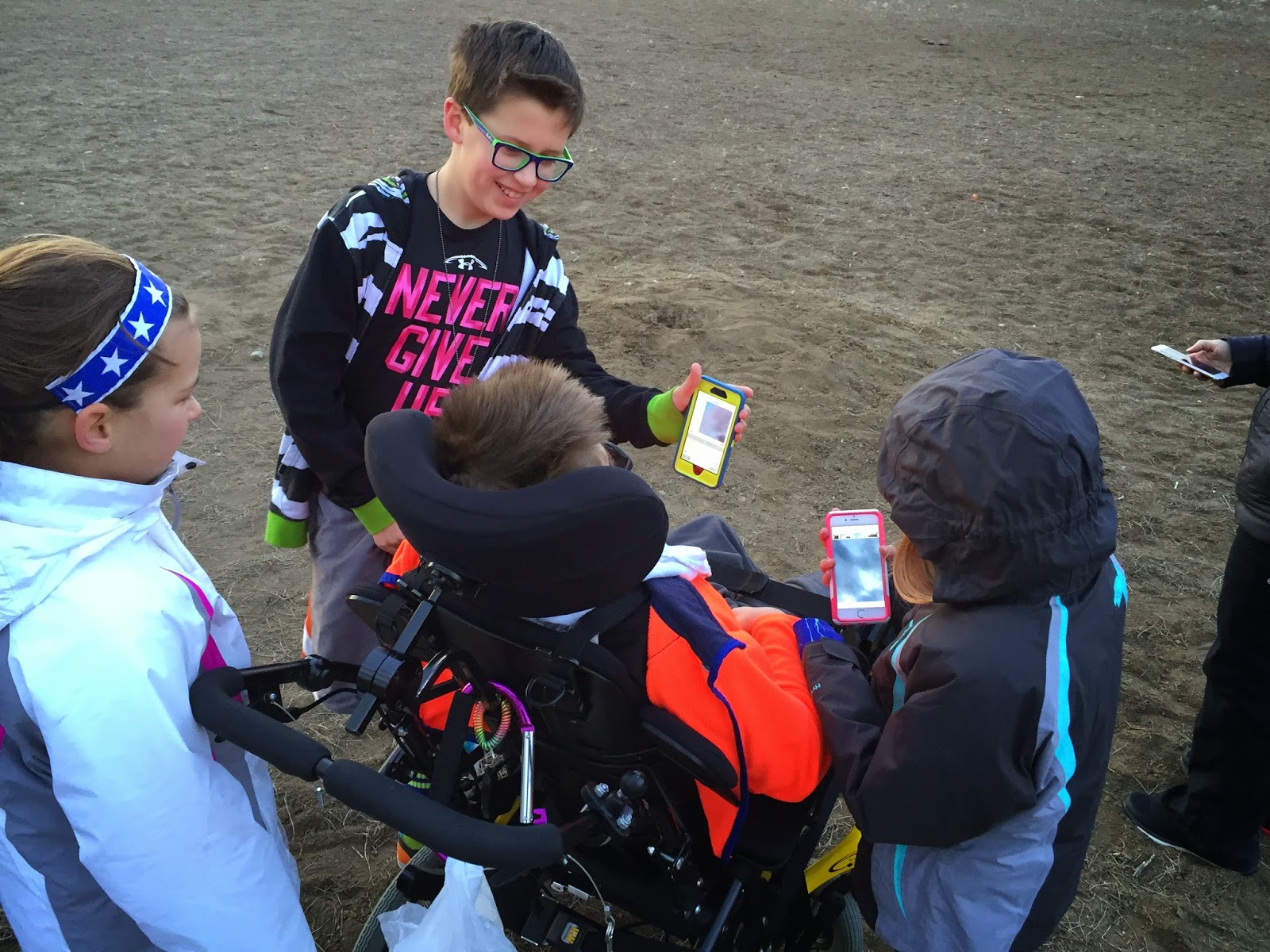 The rocket's parachute didn't open all the way and landed in a tree in the neighborhood.  The kids went running after it, with a couple of the grown-ups in tow.  Steve ended up having to get the Christmas light hanger to get the rocket out.  We'll try to set it off again when it's not so windy!  Maybe in the snow next time.