We really live in one of the best cities in America.  Earlier this year, our wonderful police department came to visit Officer BatMax, and for Christmas, he gets a visit from Santa with our fire department.

Max was so excited all day for this visit.  He was waiting patiently, and when he heard the sirens start and the noise of them coming in the house got ready to tell the big man all he's been waiting to say all year. 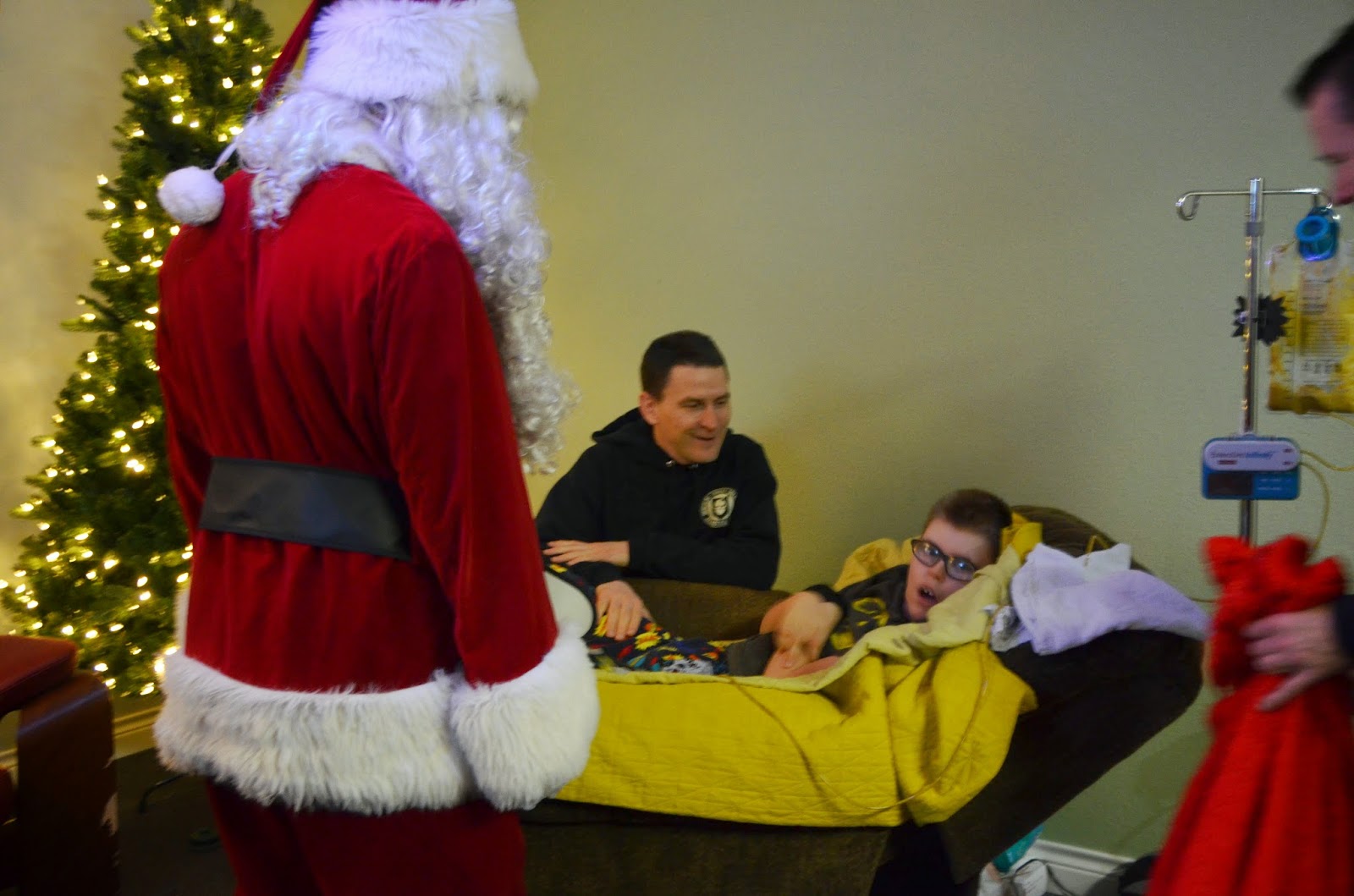 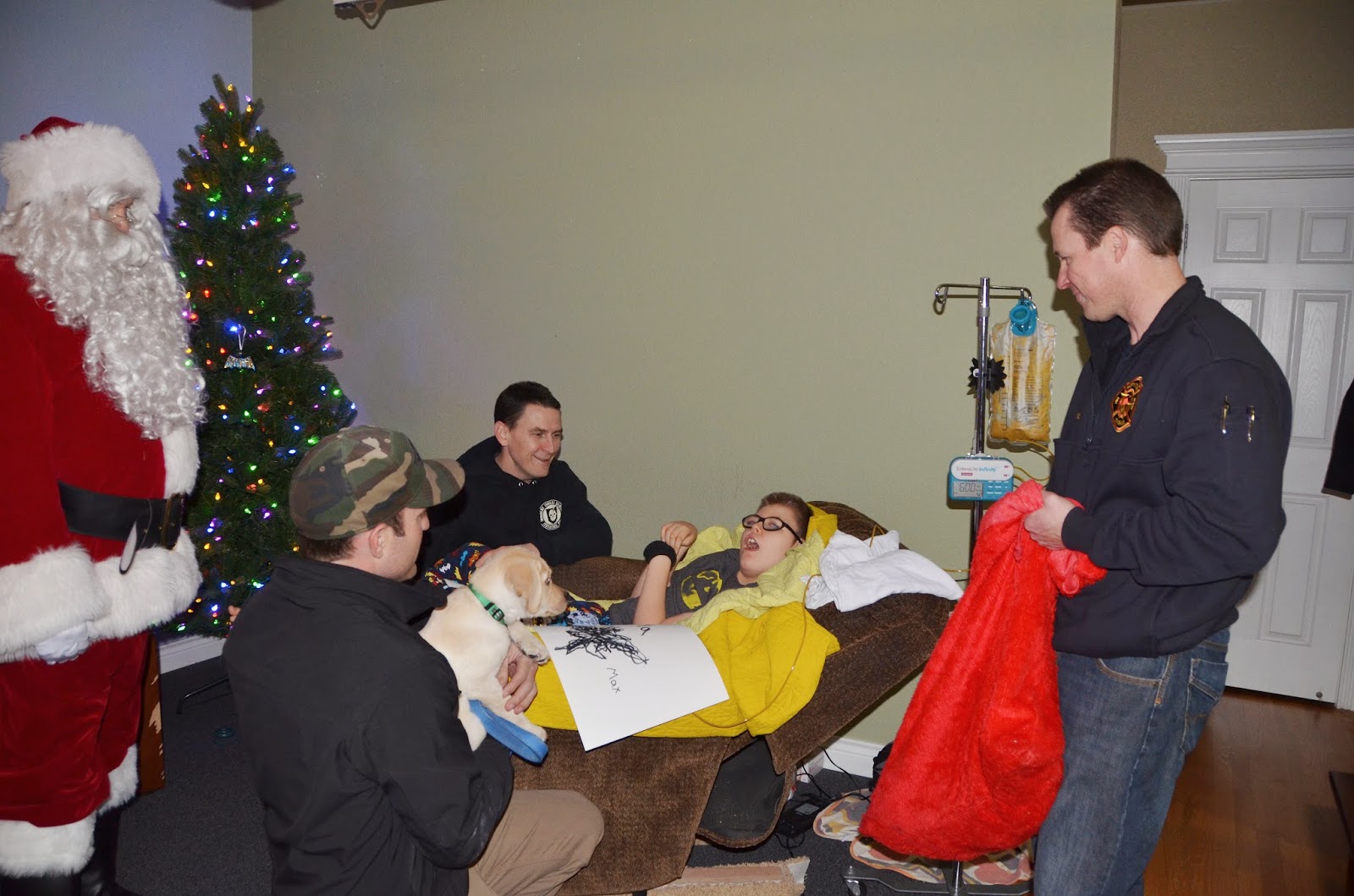 They had a little baby puppy they were training and asked if Max would like to meet him too.  The dog was just only a little interesting to Max.  He had one person he was interested in seeing. 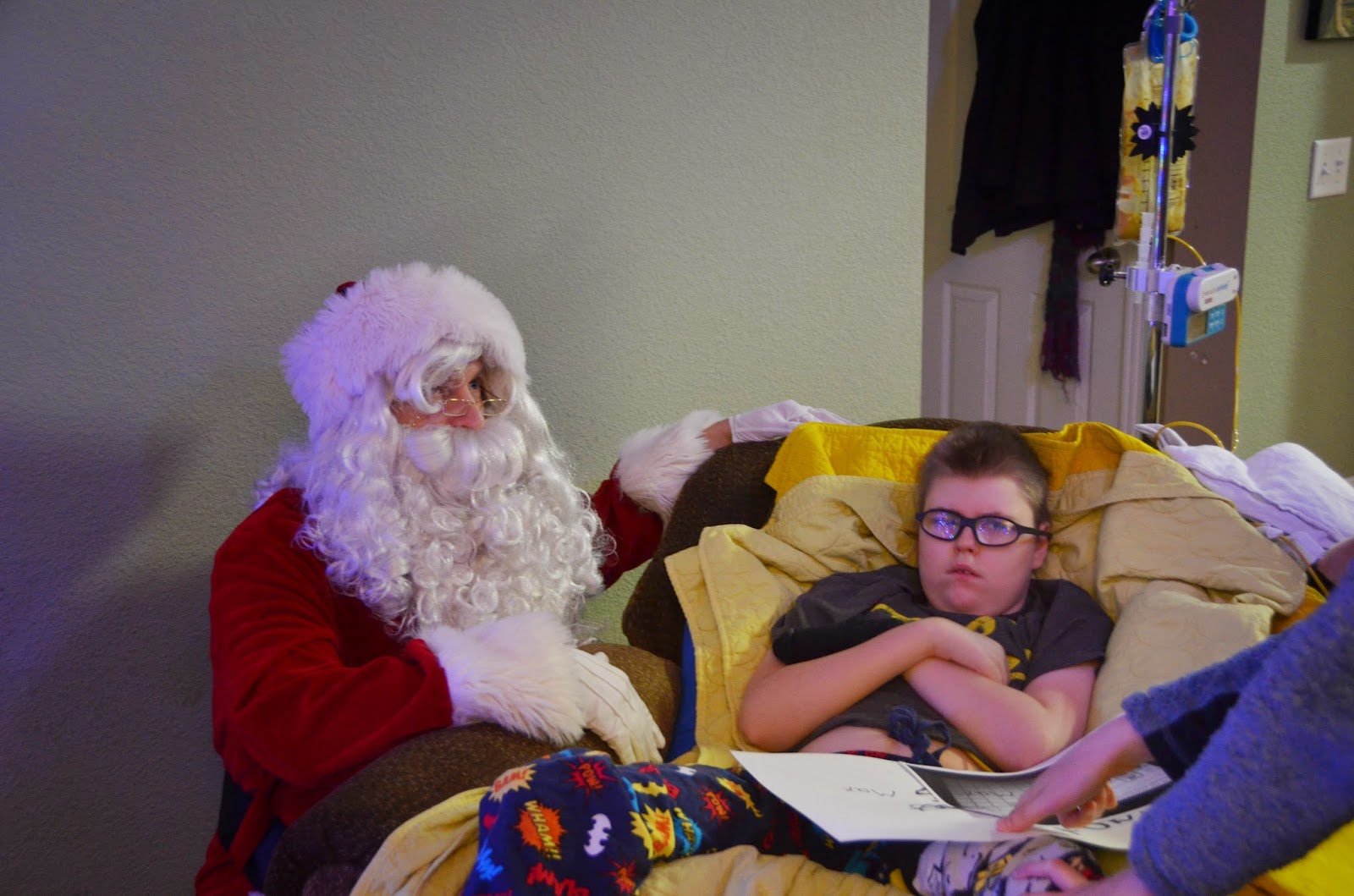 We helped Max give Santa his letter and cookies.  In speech therapy, Max said he would like to give Santa chocolate cookies, and came up with another option for a request besides Batman.  He told us he wanted a backstage concert at his favorite park.  Santa is really going to have to get creative with that!  He also wanted to make sure Santa knew "I've been GREAT this year"! 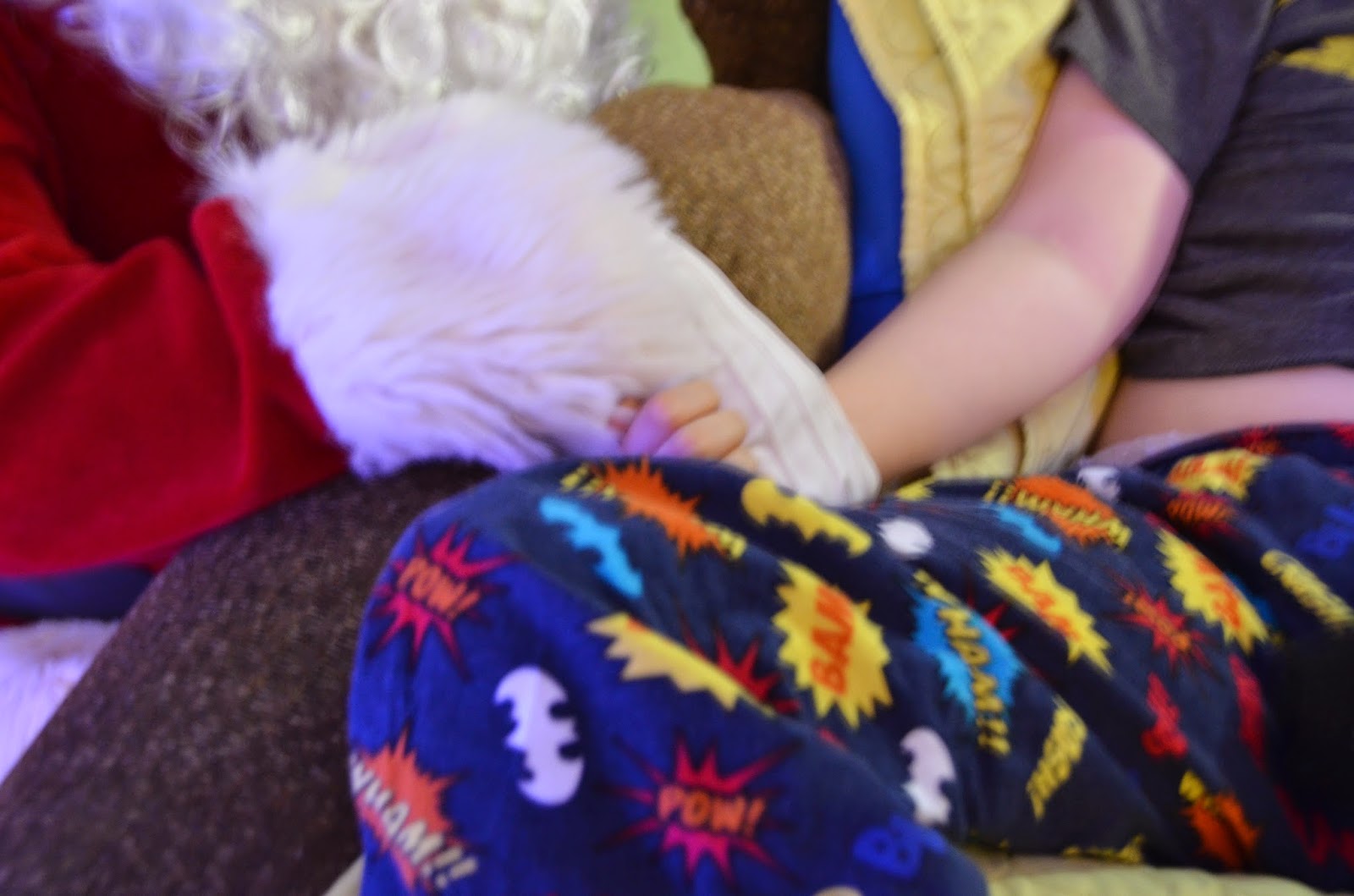 Last year, Max was so emotional when meeting Santa he could hardly contain himself.  This year, he wanted to hold his hand and kept reaching out for it.  I acknowledged that I saw him trying to hold Santa's hand and without missing a beat Santa grabbed hold. 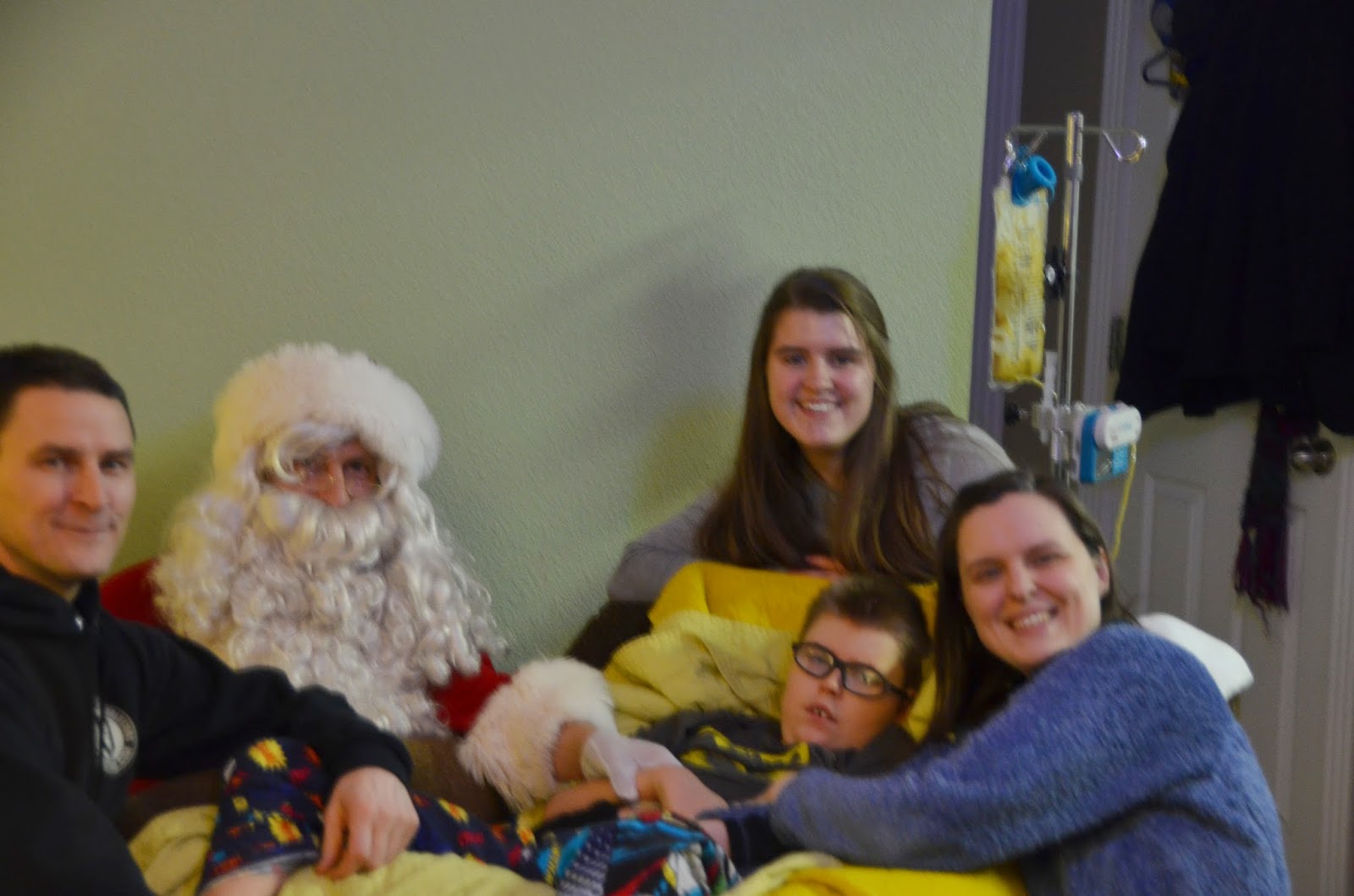 It's a little blurry, but that's okay, they're pros at putting out fires and making kids like Max's dreams come true...not photographers. ;) 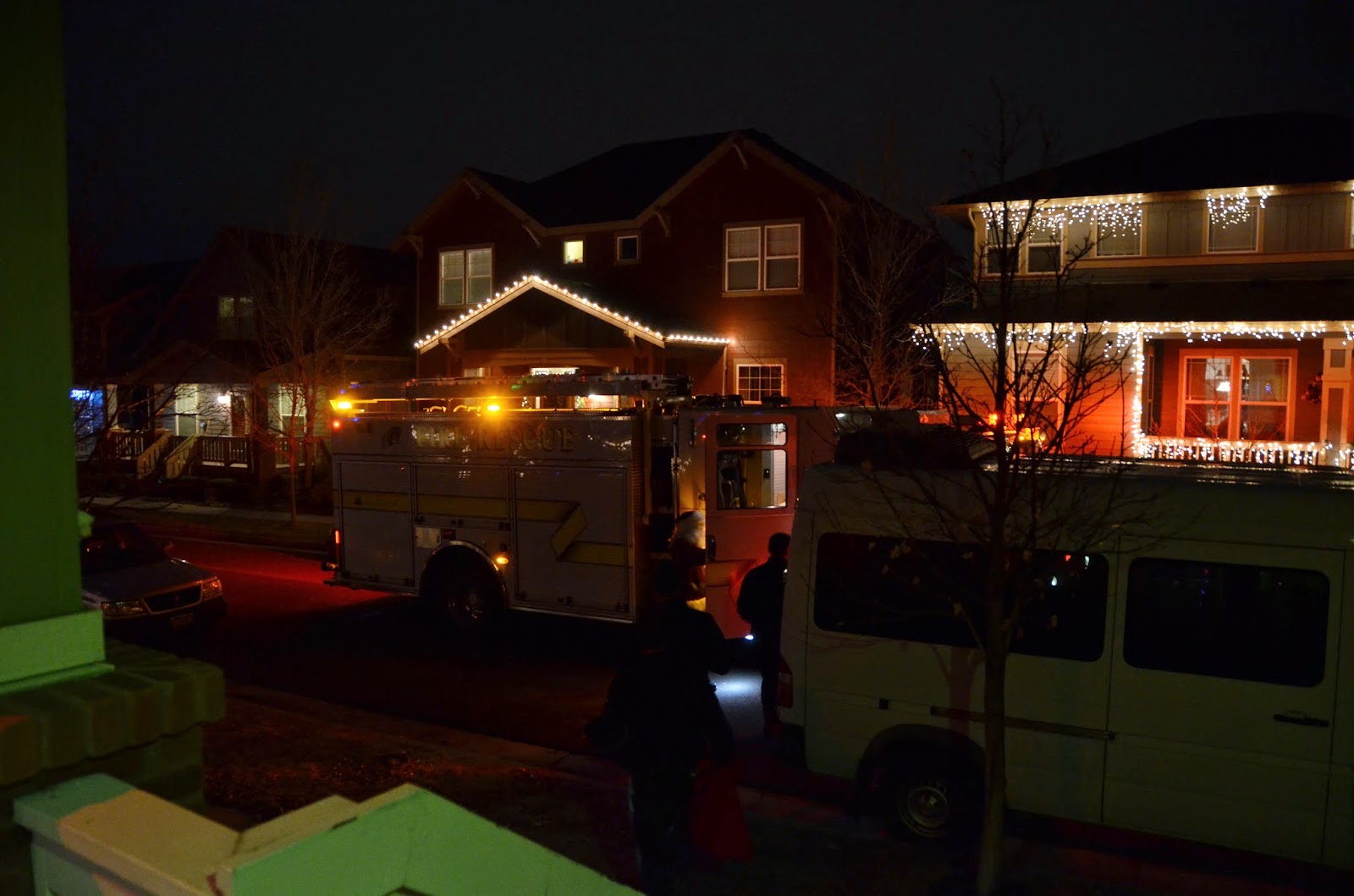 Max said good-bye to Santa and told him he would be good. 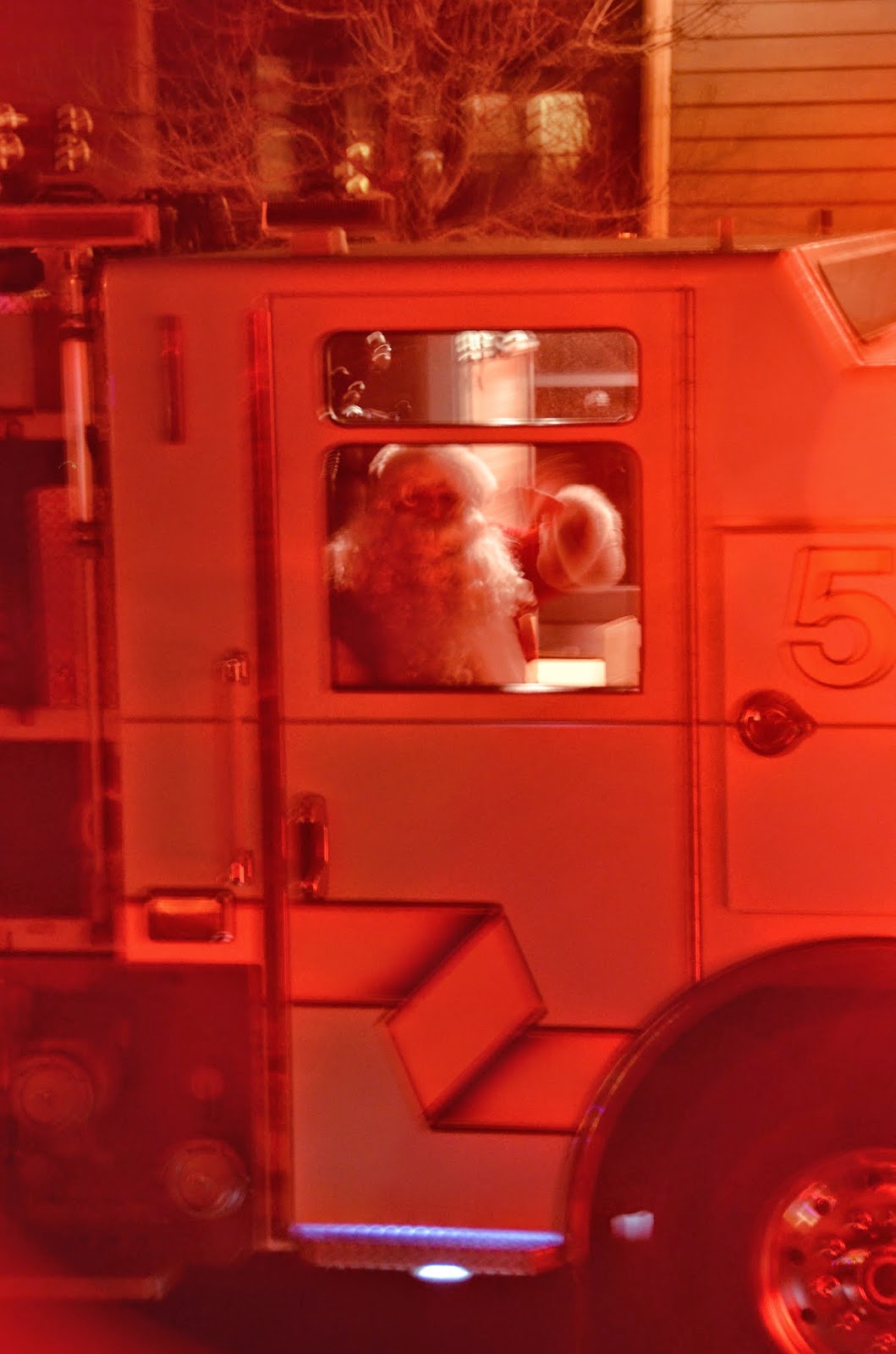 And off he went in his sleigh, until next year.

Thank you Westminster Fire Department for making Max's Christmas so special.  It's so difficult to get him to the malls at Christmas time to see Santa, and this has turned out to be such a special tradition for him.