I've mentioned here that this school year has been really hit or miss in regards to connecting with the classroom.  The internet connection in Max's classroom is so spotty, he rarely gets to visit with his friends over video chat.  What makes it so ironic is, even though this year has been so poor with connecting online, Max has made a lot of connections with his friends in person.

I think part of that is his friends' parents read his blog, and are friends with me on facebook. They're able to keep up with Max, where the classroom may miss out.  I think this keeps him in their mind, and encourages the kids to catch up with Max outside of the classroom.

One friend who has kept up with Max, actually lives in Georgia now.  She was in Max's 2nd grade class and moved away.  But, Max stayed on her mind and she has been a force when it comes to spreading the word about the fundraiser for Max's lift.

She wanted to see something special happen for her friend Max, so she made it happen.  She encouraged her school in Georgia to hold a fundraiser for Max.  They put decorated shoeboxes in each classroom and whoever collected the most change in weight won.  Word got around about Max's friend, Lily, and her awesome idea in Georgia - all the way back to Colorado.  The news asked to interview Max and Lily together at their studios when Lily and her mom came for a short visit last week.

When the producer called us into the studio for the taping, she stood Max and Lily beside each other.  It was difficult for Max to see where Lily was, since she was to his side that is harder for him to turn to.  So, Lily reached over and held his hand.  Let me tell you friends, there I was smiling for the camera and had to choke back my tears.   Max has some amazing friends.  Most of them are boys, and naturally, they're not reaching out to hold Max's hand.  This was the first time I had ever seen a peer of his hold his hand.  It was just so natural, so normal.  Just friends happy to be with each other, holding hands...because that's what friends do.   I wish they had shown the clip of them holding hands on the video because I wanted to stop the camera from rolling so I could take a picture!

The interview was a blur.  I've done several of them by now and always feel like I'm yammering on. Thankfully, Steve and Lily's mom took over for most of it.  And Lily really did the best job of everyone.

(here's the link if you can't view) 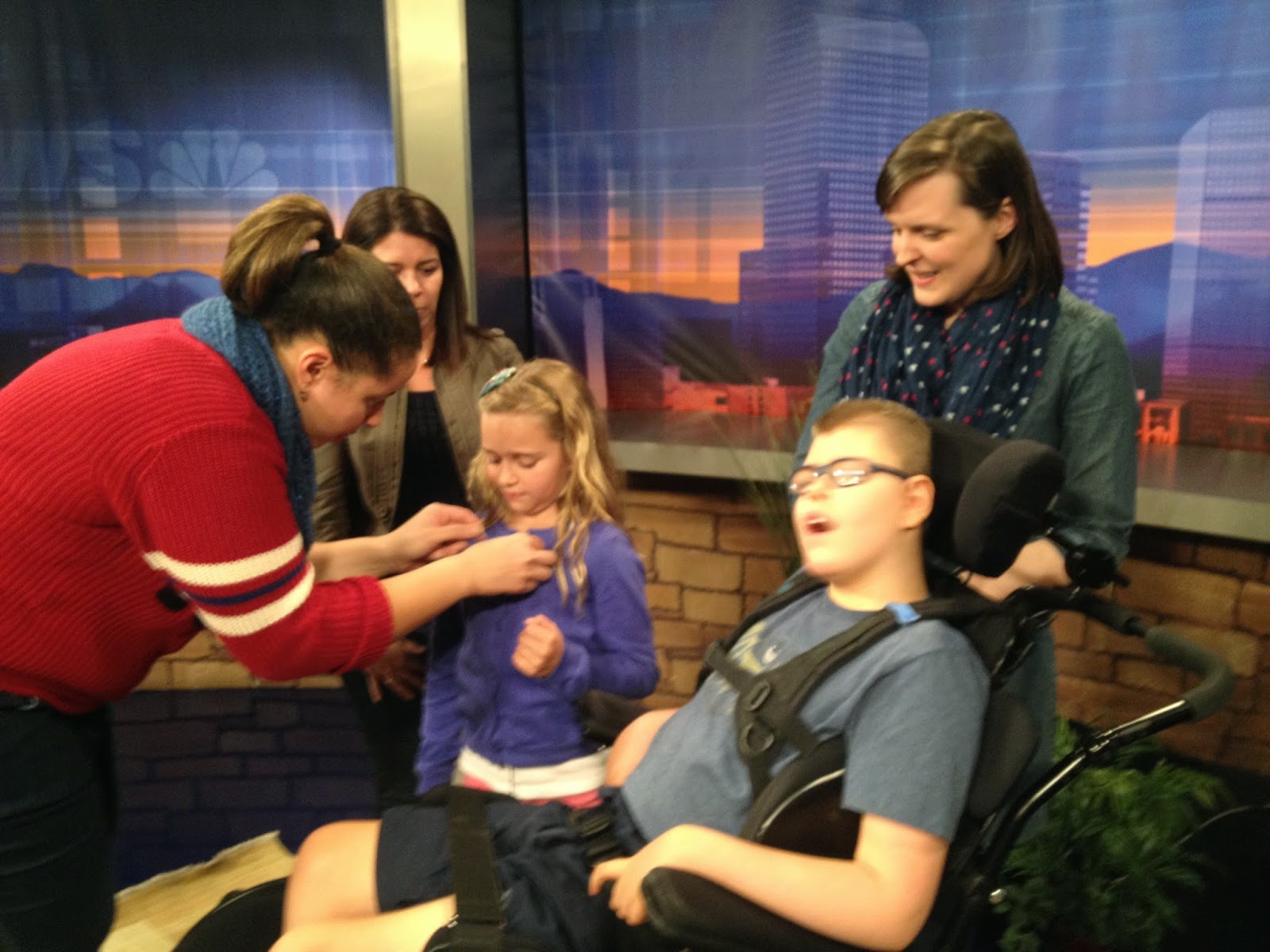 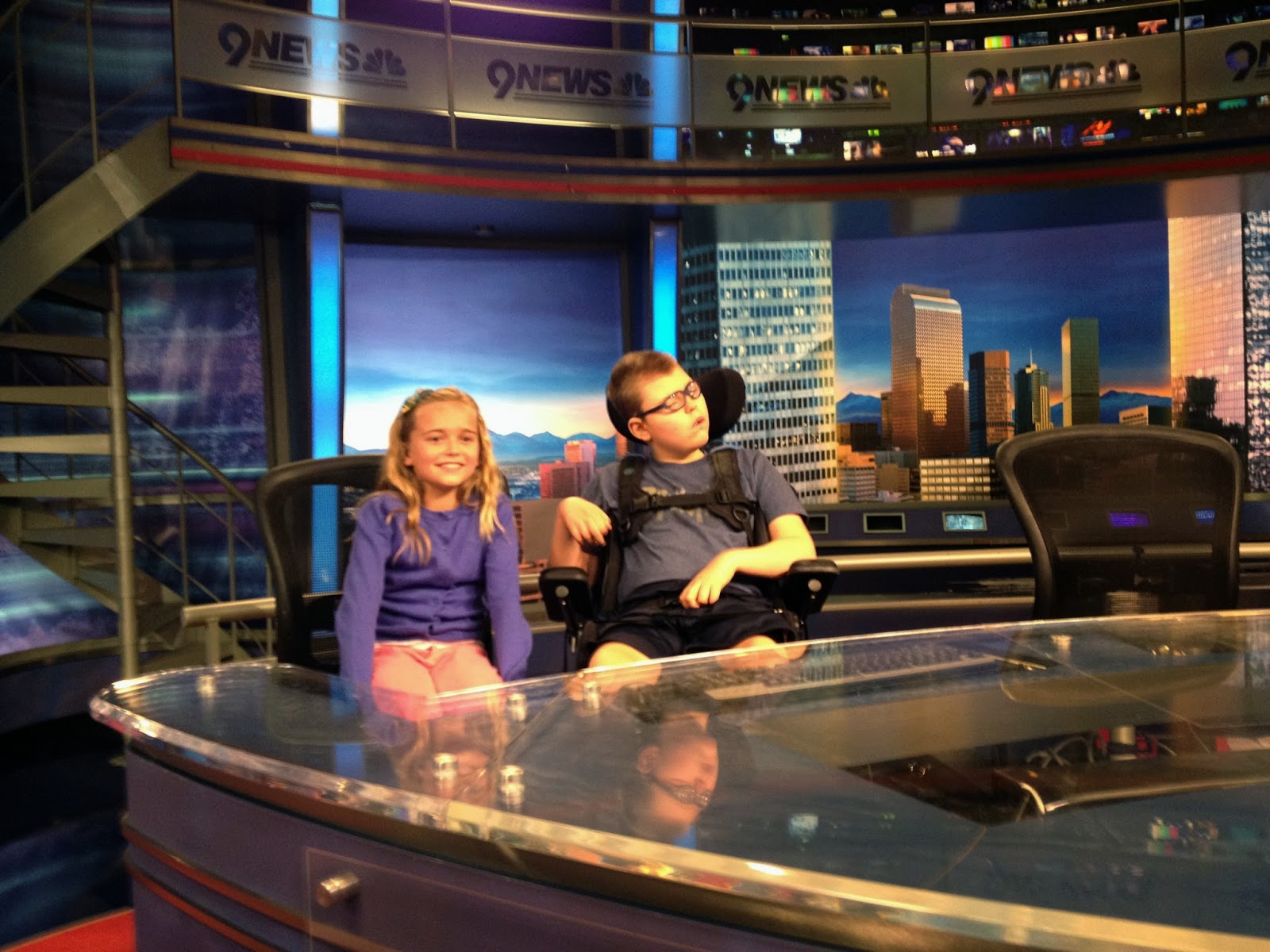 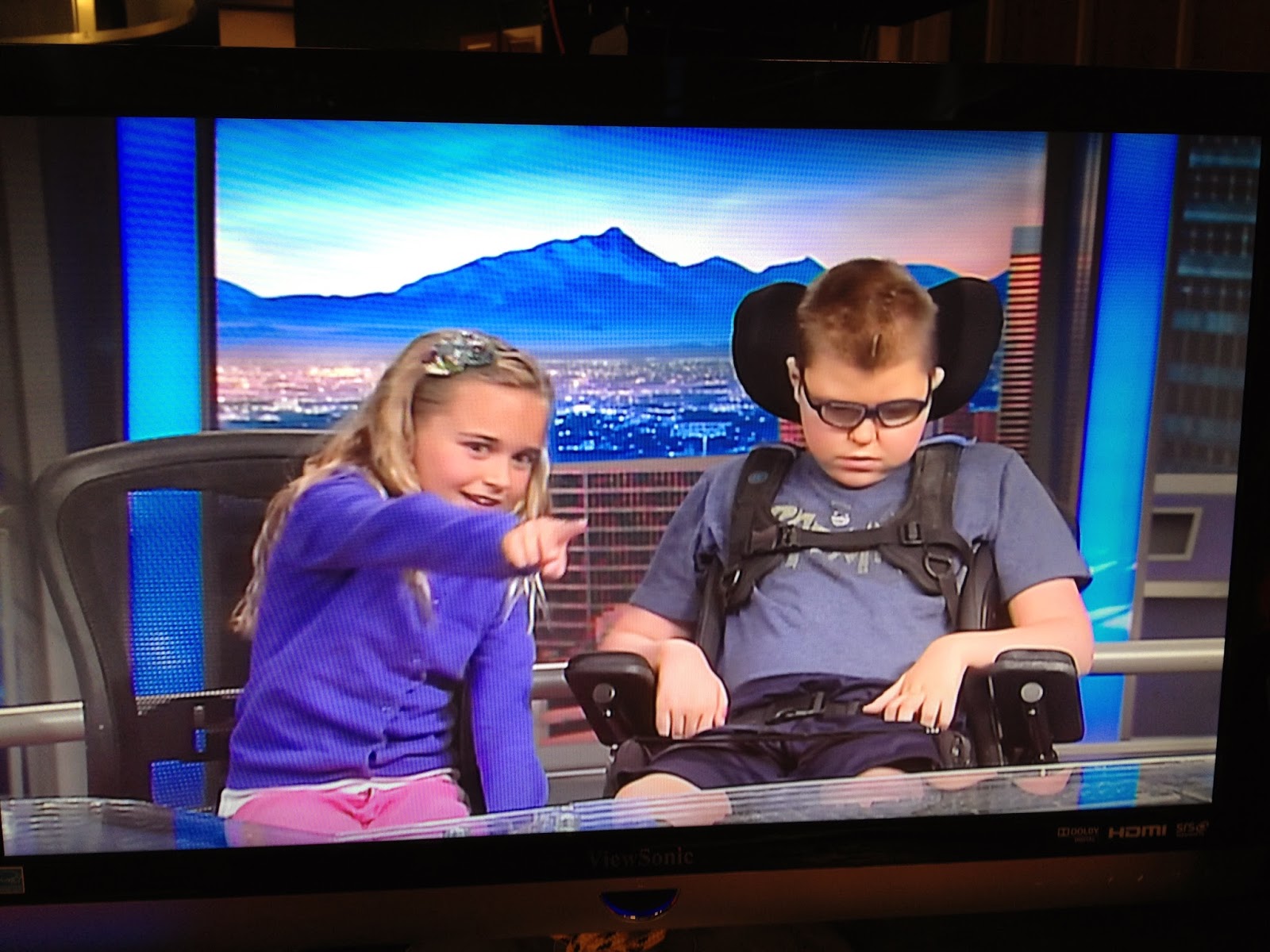 News started getting around even more quickly by the time Lily got back home to Georgia and the story aired.  The Ellen DeGeneres show called Lily's mom and wanted to get more on the story to run on their blog too.
Interview for Shine

I think it's a great article, and again, Lily shows what a great friend she is to Max.  Not because she's raising money for him, but because she cares so much for him!  That's something we're seeing over and over.  We are so incredibly grateful for the generosity of everyone who has donated to help Max have an easier part of his day-to-day life.  No matter if it's been thousands of dollars, or pennies, the human heart is a beautiful thing and we're so very lucky to get to see humanity at it's best, again and again.

When we left the studio, we went to see Laurie Maves  at her studio to pick up a very special piece of art from the concert a couple of weeks ago.  Max wanted to sell one of his paintings at the concert.  I was pretty sad to see it go.  I nearly didn't take it because I didn't want it to go away, but he was insistent - he wanted to sell his painting!  So, we took it and mentioned to Angie  his wishes.  Before we knew it, Max's painting pitched $1,000 and the artist was going to paint all the names of the people who came on it with her lovely writing, and it was coming back to Max to enjoy.   Max had also made Laurie a card and got a place on her "artists' wall" with it when he gave it to her.


Beautiful hearts.  Lovely people.  I don't know how we have been so fortunate to cross paths with such amazing people.  Actually, I do.  It's our boy.  He is full of love.  He loves and loves and loves...and that attracts the best in people.

Wow! That is so awesome. What a beautiful child -- and you all look terrific in that news video. You must be so proud of your Max, too!