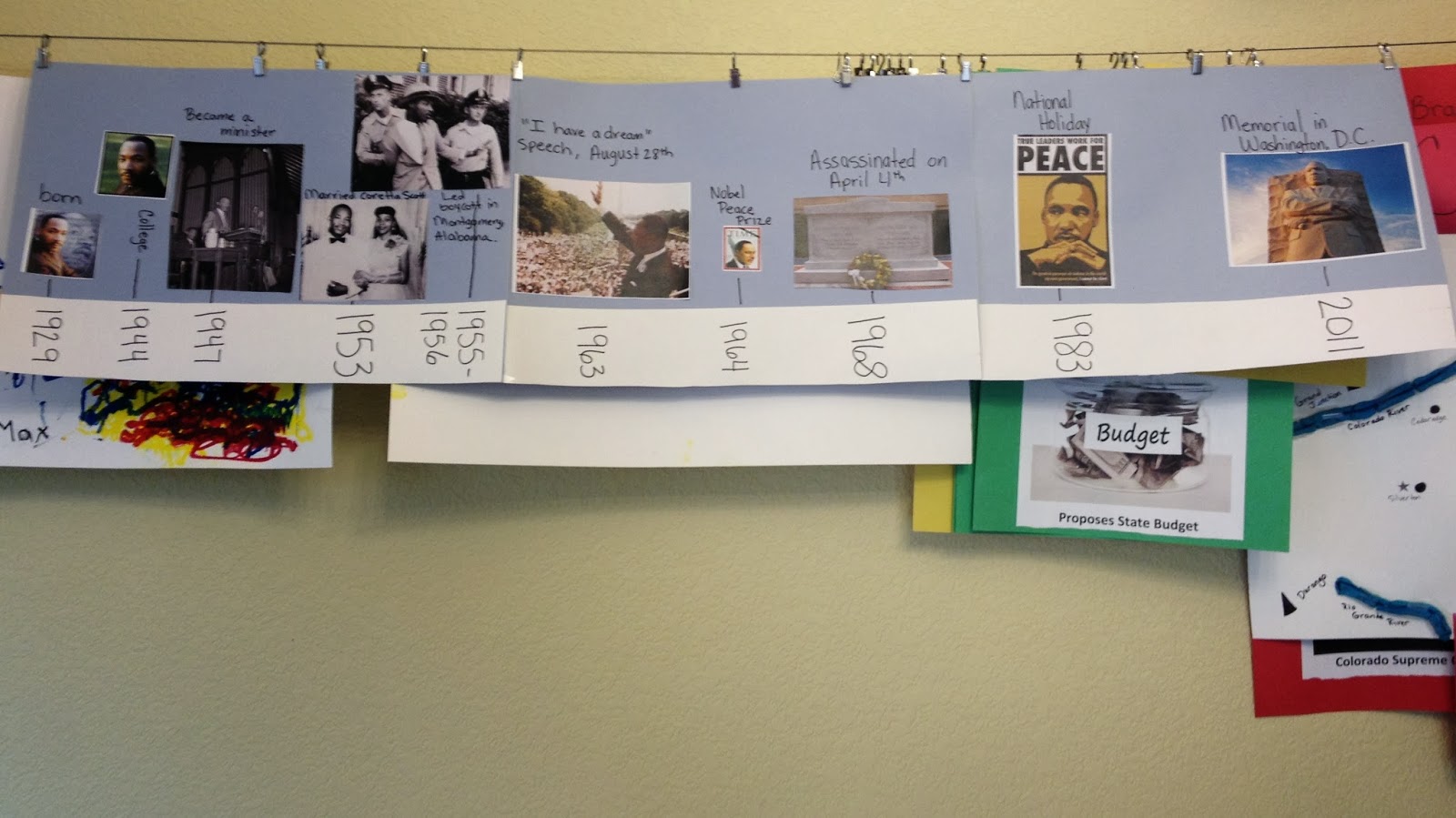 Last year, in 3rd grade, Max had to choose a hero to do a book report on.  He chose Martin Luther King, JR.  We all learned a lot about MLK, and saw that Max had quite an interest in this man who lived such a short, important life.

This year, leading up to Martin Luther King, Jr. Day, he learned more and taught us some things along the way.

Max listened to the facts through his teacher reading and some audible books on the ipad too.  His project this year was to put together a timeline on the life of MLK, Jr.


When he finished, he told us his work was "Quality", then he told us he put the "facts" on there.  When his teacher said there was one more spot, he said "highschool", and put the marker for when he started college.   I told him his timeline was very good, and he told me "officers bad, badly." I said, yes, the officers arrested him because he broke the law.  But, he helped to get the law changed because it was a bad law. 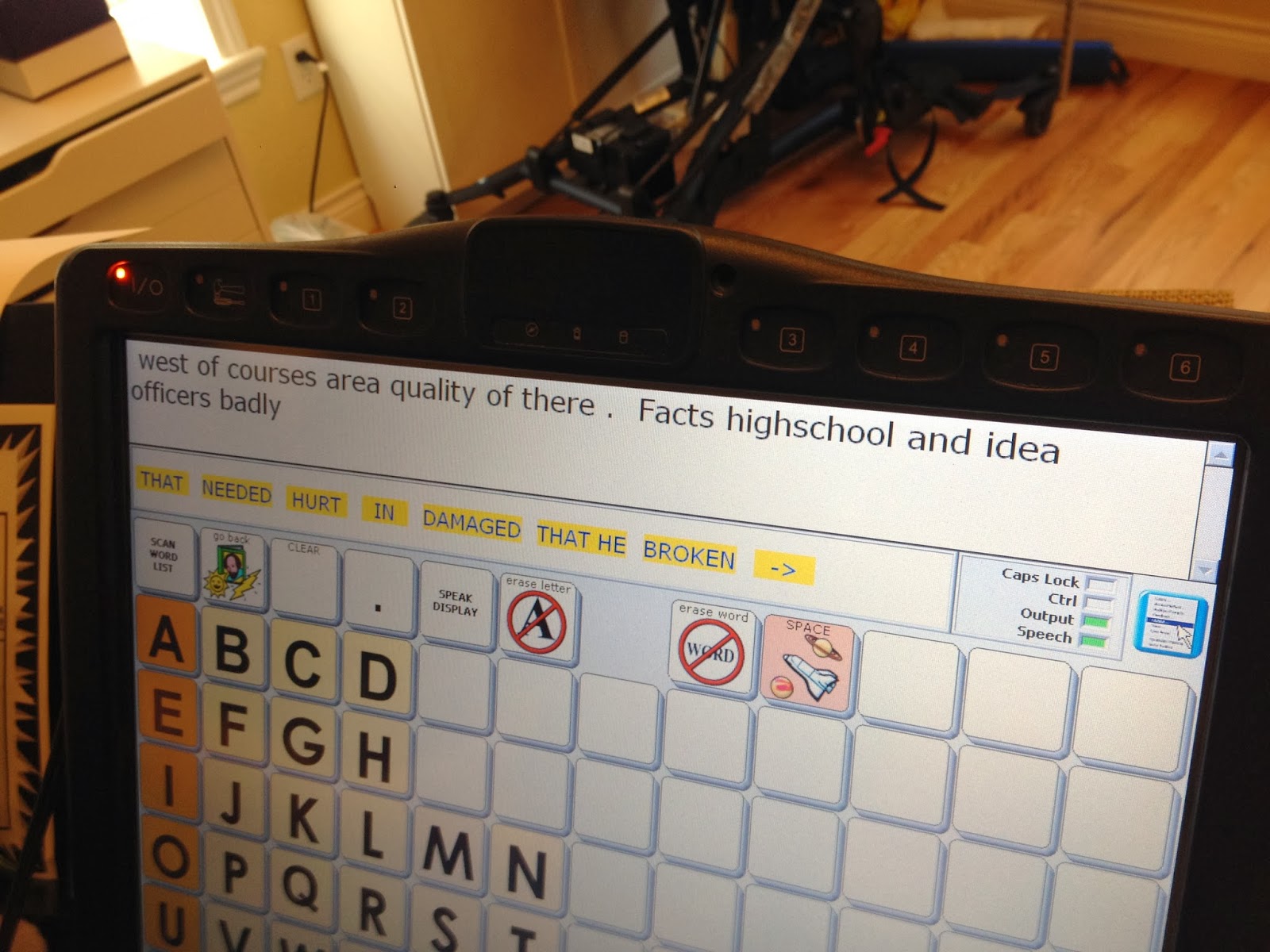 Max always stops and listens very intently to this speech.  He rarely talks through it, it is captivating to him.  I took video of him watching, and listening.  He waited until the end and said "Georgia."  I don't know if this is in reference to his favorite part of the speech,

Or in reference to it being in Washington D.C., as he will sometimes refer to Washington as George Washington.  Either way, he picked up on some connection and told us about it.


We may not ever know what Max's connection to Martin Luther King, Jr. is all about.  But, each time I watch him become entranced by this speech it makes me pause and think maybe he has a dream too, and will one day change the way we all think.

I really believe that the disability rights movement is one of civil rights that the struggle for identity and freedom is parallel -- Max is on to it, for sure!