Max has been asking for more and more independence lately.  He's asked for his own car, so he can leave and go to the city whenever he wants.  He says this is because he wants to see more of the city, not just mom and dad. 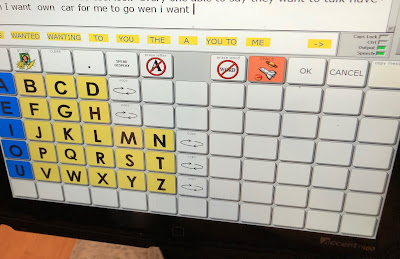 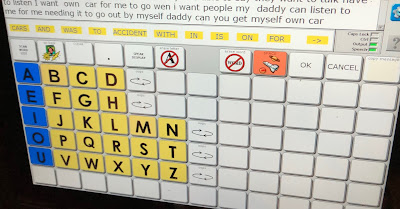 I tried and failed to explain why he can't have his own car.  He can't drive, he will always need someone to go out with him so they can help feed him and help him with repositioning and changes he had a solution for that as well. 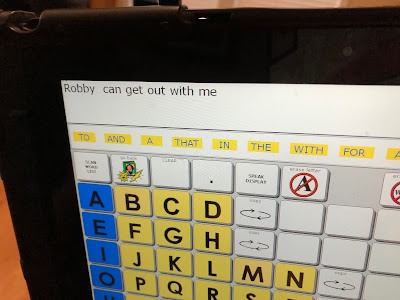 Since Robby is not his therapist anymore, but still his friend he thinks he'll just have Robby come with him.  He is over the help of mom and dad all the time.  And wants to to get out on his own, like any other 15 year old kid!

I asked what he and Robby would do on their own and he said they would "go to the city and listen to myself and listen to him.  Life is quiet for me and I could see more people to just see mom dad." 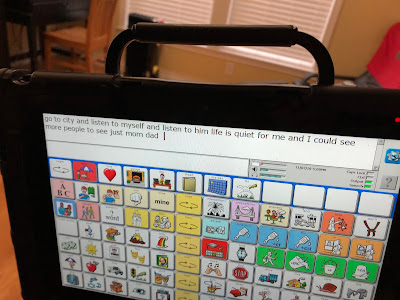 He even has a solution for how he can have his own car.  Daddy can get him a "robot car" to drive him places...."Daddy do it for me." 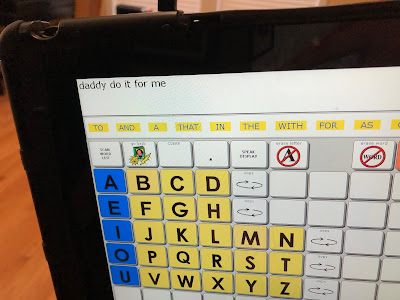 I told him what I always tell him when there is no easy answer for something he can't do...."I'll work on it. " I feel like a broken record saying that, and he probably is starting to think Mom can't figure anything out.  But it equally broke my heart and made me so proud at how mature he's getting.  He wants a life outside of mom and dad and the walls of this house.

This all leads me to today and right now.  I am sitting on our back patio, typing a blog while Max is fulfilling his most recent request to be HOME ALONE!  No Momma.  No Daddy.  No nurses.  Just Max and George ... and Olive because "she do nothing."

It all started a few days ago when Max told me he wanted to be by himself at home.  I laughed and asked him what he would do at home all by himself.  He told me he would watch a movie. I laughed again and said, "And what? Momma leaves the house?"  To which he replied, "YEAAAH!"  Well, alrighty then.  I told him if he slept hard all night every night this week he could have home alone time.  And that boy slept every hour of the night all week long! 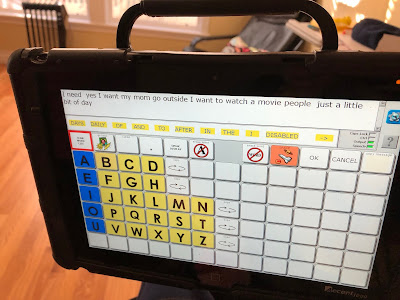 When I asked him yesterday if he still wanted to do a home alone time he said "I need...yes I want my mom go outside...I want to watch a movie."

I asked how long did I need to be gone and he said "Just a little bit of day."

I asked him what we should do with the dogs when I leave him home alone?  They will bark if I put them up in their beds because they will know someone is still at home.  He said they would "keep me safe" so I could leave them out.

He also told me he would be in his bed because "best to be safe", I wonder if he's heard us tell him that a time or two.  It truly is his only safe place to be where he can't roll out or hurt himself with kicking. 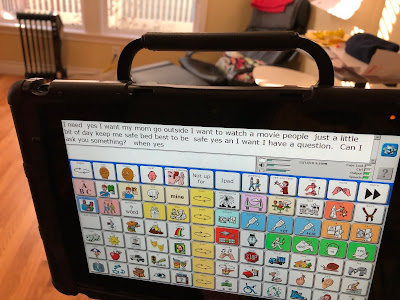 Once he had all the planning done he wanted to know when it was happening. I told him I would let him be home alone on Friday.  No Momma, no Daddy, no nurses.  Then I asked him what would he do if someone rang the doorbell?  He said, "Get daddy."  because Daddy can handle that from his phone.  He's a problem solver! 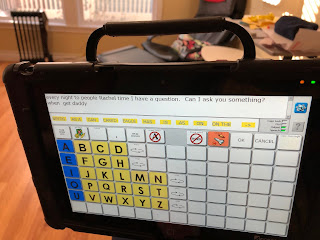 So, with all the planning and convincing done, there was only one thing left to do.  Leave Max home alone.  Which leads me out to the back yard with Maisy, while George and Olive keep Max company.  His movie request....Home Alone.  He's been in there almost an hour, our agreed upon time to be alone.  I hope he thinks it was fun....because I've been watching him on the camera constantly ready to run back in to him at any moment.

This is 15 for Max. This is growing up. This is being independent.  This is pure joy.