Best Party in the City!!!

If you've followed Max's story for a while, you know when he gets an interest in something he's all in.  His most recent loves have been gorillas, Where The Wild Things Are, The Beatles, and Ferraris.

He has been planning his own birthday party that he had this weekend with all these favorite things as the focus. He wants to be a gorilla for Halloween.  He wanted his party decorations to be from Where The Wild Things Are.  He made his own party playlist.  And he told everyone his daddy is getting him a Ferrari for his birthday. 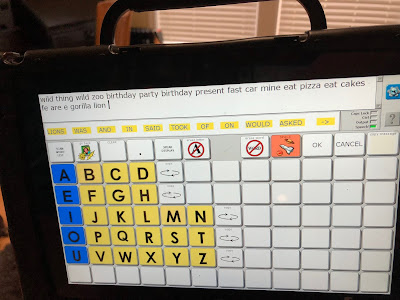 He's not made it through a day in a month without mentioning a "Fe Are E" with his computer talker.  It hasn't been programmed into his talker, so he's come up with his own way to spell it so we understand what he's talking about. 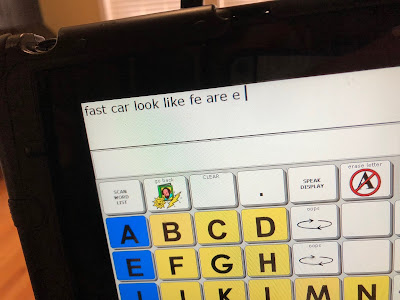 We've told him for years he isn't old enough to drive as an excuse for why he won't ever be able to drive and I think that's backfired on us a bit.  He's finally feeling like he's getting old enough to have his own car and why not make it his favorite? A nice little starter car for a teenage boy, right? 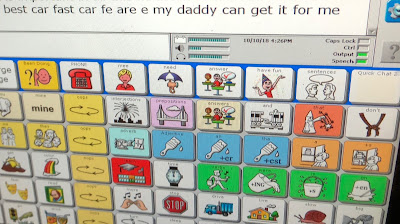 I think he knows Daddy will do anything in his power for his boy and he's definitely using that to his advantage.  But Daddy most definitely can not buy him a Ferrari for his 15th birthday. Most of his requests were very doable, but for the Ferrari we had to make a compromise.

Max invited his friends to what he called the "Best birthday party in the city!" I made some Where The Wild Things Are decorations, and found a gorilla for his yellow Ferrari car. 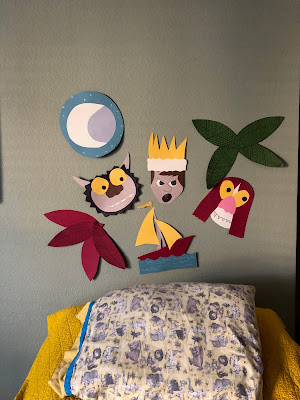 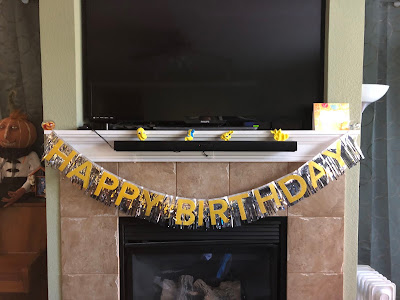 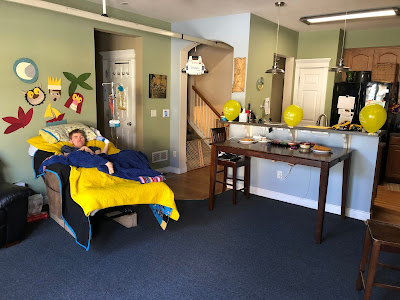 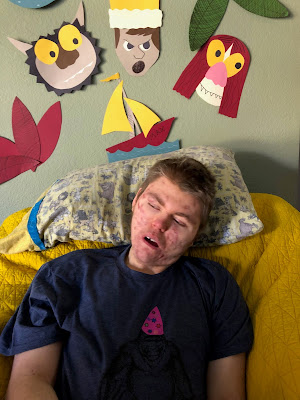 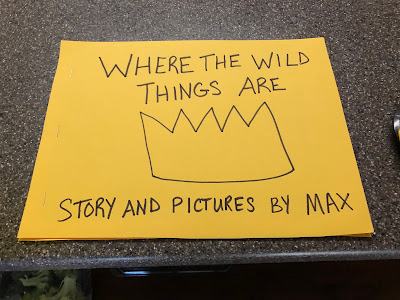 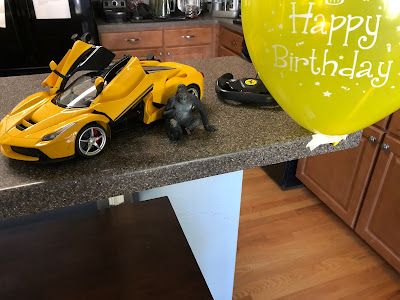 As his guests arrived, he visited with them all and showed them his own version of Where The Wild Things Are while he waited for his dad to get back from "running errands."  That's when we all heard the roar of the monster out front. I asked Max if he knew what that sound was and of course he did.  It was a Ferrari his daddy was able to get for a few hours to give Max the best party in the city.

While we were getting Max in his chair to go out and see the fastest fast car he said he "need want play" and was all smiles. 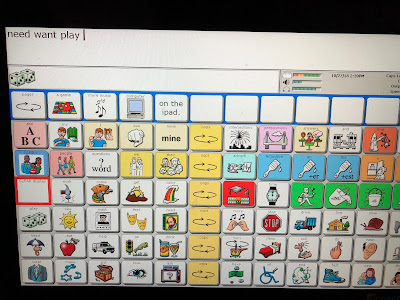 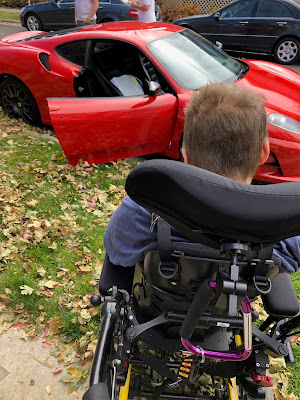 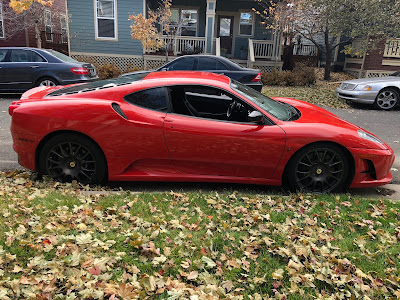 Yellow Ferraris are hard to come by, but this one did the trick.  It was a beautiful day for a ride in his favorite car. 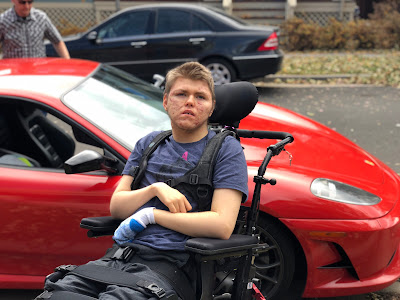 We got him into the car, Daddy got into the driver's seat, Momma held her breath, and off they went. 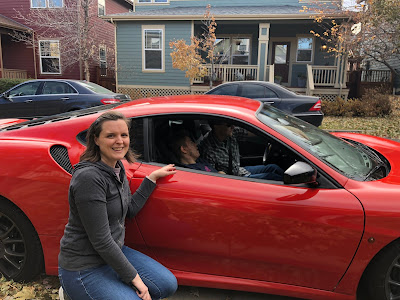 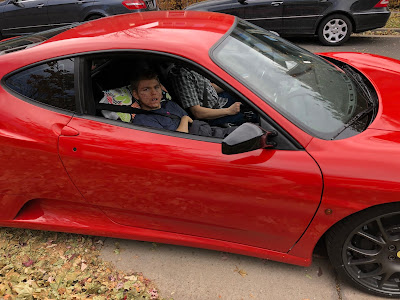 When they got back about 10 minutes later, he was one happy guy!! 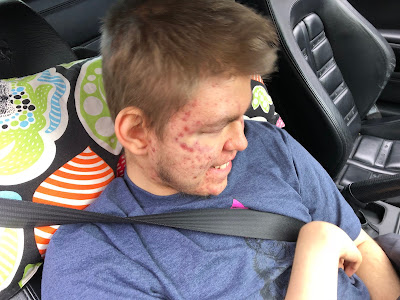 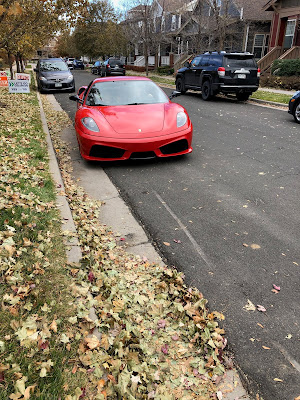 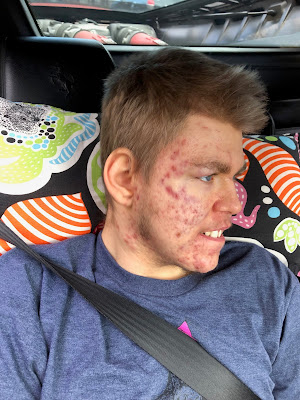 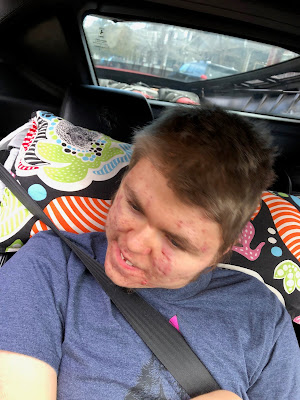 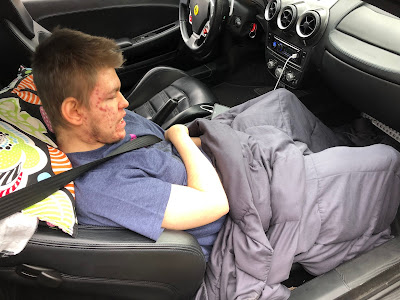 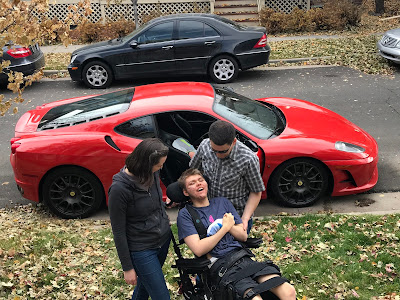 He was ready to join his party and insisted that all of his friends get a ride in the Ferrari too.  This was something he insisted on, he wanted ALL of his friends to get to ride.  He selected who would go next each time Daddy came around for the drop off/pick up.

While everyone was taking a spin, Max visited with his party, had pizza and listened to his playlist of songs.

He let them all know it was a gorilla party in the Ferrari. 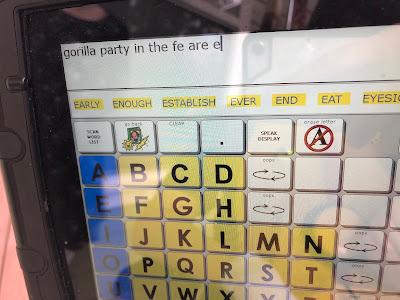 He asked everyone, "are you fun playing in the fast car?" and let them know we would be having yellow cake.  When one of his friends asked if he was having fun he said "I am. I feel happy. My friendships bests friendships." 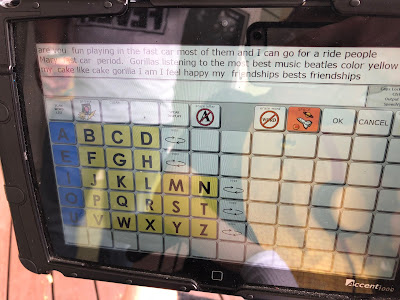 I should pause here and let you know who all Max invited to his party.  He invited his "B", Brittany and her fiancé, Will and his pal Robby.  He invited Ms. Laura, his teacher and her husband Ms and Mr B.,  and his very first friends, Terry and Susan.  The first people on his list were Aunty Angie, Uncle Dan and cousin Addie. He said it was a grown up party, with Addie as the exception. He made his list early on and didn't change it. Max has not had many birthday parties, so we were so impressed with how much he planned for this one. Thankfully everyone was able to come and made it such a special day for him.


At one point he told them they were in his club. Susan asked what was the club's name. He said "mine own people." 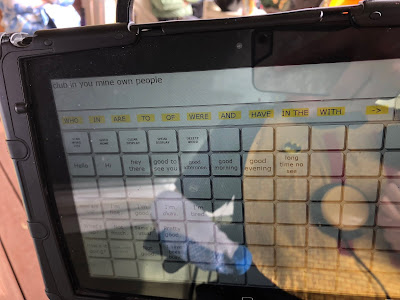 Once nearly everyone had gone for a ride, he wanted a break to eat cake and check out his presents. 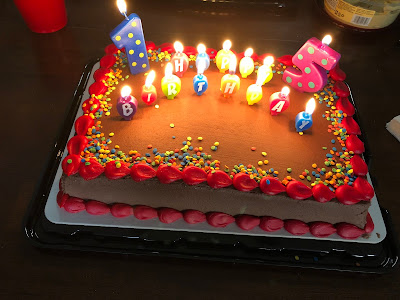 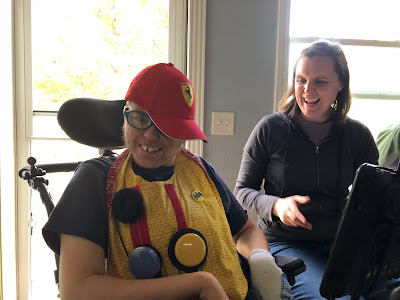 Then it was time for more rides.  He let Aunty Angie go, then it was his turn and his teacher's turn before it was time to take the car back before it turned into a pumpkin.

It was a special day for such a special guy.  He had the best day all day, and has taken today to come down from the high of it all.  Thank you to everyone who came to the "best party of his life." 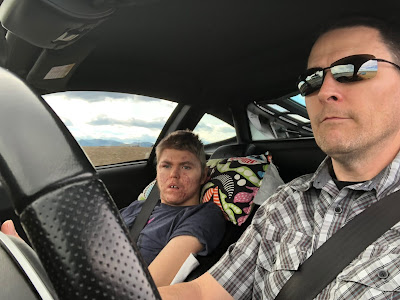