Last night, as Max was watching a movie, I was watching a livestream video on Facebook of protestors in Colorado Senator Cory Gardner's office.  A group of protestors stayed for almost 60 straight hours refusing to leave until they got confirmation from Senator Gardner that he would vote NO on the proposed healthcare bill.  The proposed bill will cut Medicaid drastically and make life for people who depend on longterm care in their homes very difficult.

I watched the video of the protestors being arrested and Max asked me with his talker "What are you talking about?" I told him I was watching a video of some people in wheelchairs in Denver who were being arrested for protesting.  He said "Why? they" I told him they were breaking the law. The law they were breaking was trespassing, and that meant they were on someone else's property and didn't leave when they were told to leave.  But they were being peaceful and they were protesting against a law that would be very bad for people with disabilities because it would take away their insurance.  I reminded him this was what we met with our state representative about earlier in the week, and why she wanted us to talk about Max to people so they can understand why this law would be bad if it is passed.  And why mom has been calling the senators all week.

I told him we could talk about it more while he had his shower and then I would hook him up with his talker again afterwards so he could talk more.

While I showered him he got more and more animated and vocal.  I told him the police officers were also peaceful to the protestors but they were arresting them because the people were breaking the law. Once I got him cleaned, dressed and hooked back up to his talker he had plenty to say about it.  Sit back and get ready to be amazed by this boy. 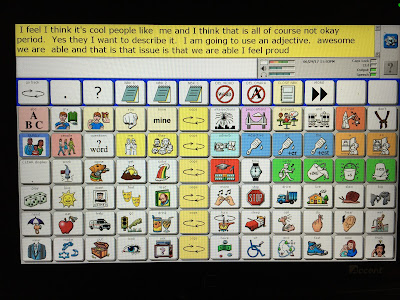 I asked what he thought of them being arrested.  Even if they were protesting peacefully, the police had to arrest them because they were doing their jobs. (Remember, Max has been very upset before about the police role during the Civil Rights Movement.)
He said "Of course not okay."

I told him again they were doing their jobs and it was someone else who called the police on the protestors. (I held my opinion on the senator not listening to the protestors to myself. I tried to give him the facts and let him form his own opinion.)

He then said "Yes they awesome." "We are able and that is that."
I told him he is awesome and people in wheelchairs and people with disabilities have a lot to say. And Mom and Dad are always working to make sure everyone knows he has a lot to say and how awesome he is.

He said "Issue is that we are able." I told him I know he is able.  I told him we can protest at home by making sure everyone knows people with disabilities need insurance to be able to have a good life. So they can have nurses at home.  So they can have their moms and dads take care of them during the day.  So they can get all the equipment and supplies they need.  That's what the people in Denver are fighting for.  They were fighting for him to have the best life he can have at home.

I told him I feel proud too. I feel very proud of him and proud that he cares about people like him.

I told him I needed to finish cleaning up after his bath and I would tuck him in before his nurse arrived.  He said, "Mom, please support my hand." (he asks that when his arm is tired from using his switches.) Then he asked me to read a book. 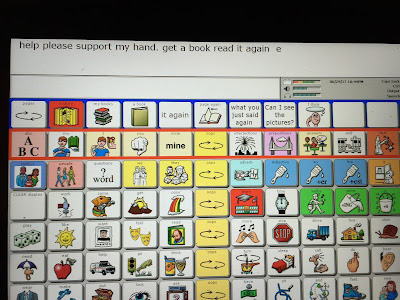 He told me he wanted his I have a dream book. 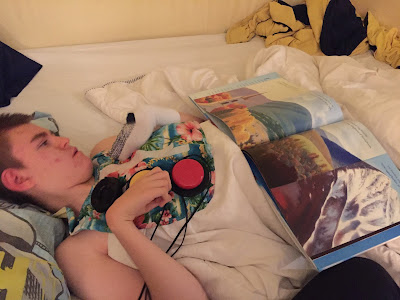 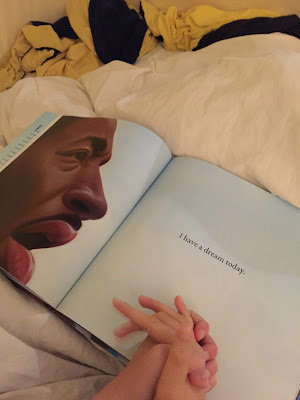 After we read the book he had just a bit more to say.  He said "Mom I feel good I able." 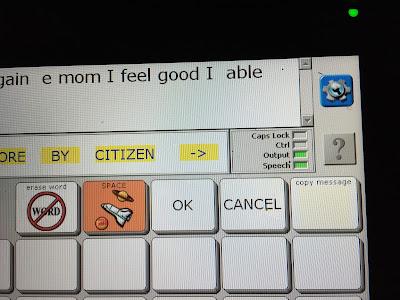 I told him I was glad it made him feel good.  I asked him if he felt okay about the police doing their jobs, and he said "job" 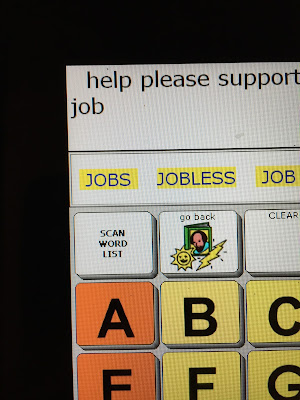 Then he said "all equal" 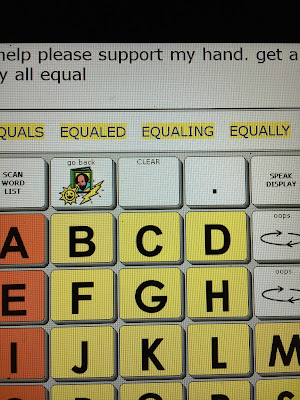 It was getting later and I could tell he was getting tired.  I asked him if he wanted to get ready for sleep and we could talk more in the morning.  He said "bed i." 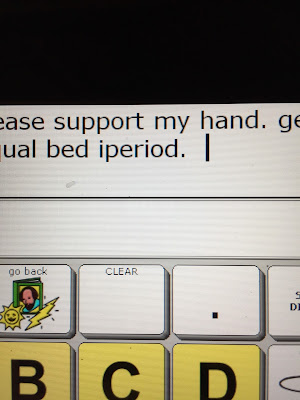 And before I could take his switches and talker away from him he finished by saying. "I feel proud" 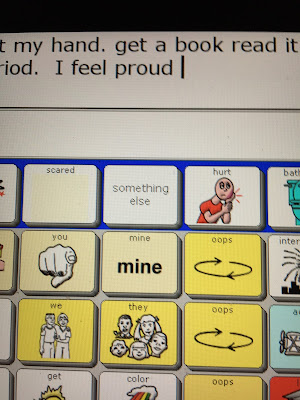 I told him I feel proud too.  And we could talk more in the morning anything else he wanted to know about the protestors.

This is the most amazing thing I've learned from Max. I'm so proud of him and you.

Pops is so proud of you Mr. Max and you too mom!

Oh, Deana. This is EVERYTHING.