Music is the only way to me...

Max has had a great couple of days with school and therapy.

Yesterday in speech therapy, he started right off telling Robby he wanted to "only listen to music" "I want a musical instrument" "singing"
When Robby asked him what kind of music he wanted, he told him "opera" "opera" "opera".

I put on one of Max's favorite songs Pavarotti sings O Sole Mio, and Max was all smiles.  When Robby asked him how it made him feel, Max said "green".  Max has been using colors to describe his feelings quite a lot lately.  We asked what green meant and he said "little more happy".  He then listened to this song from La Boheme, and Robby asked how it made him feel. 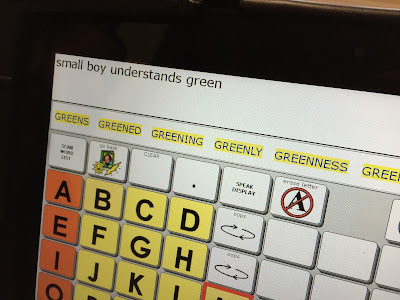 We asked more questions and he said these songs remind him of being small, and that was a happy memory.

When asked how opera makes him feel, he said "darkest green", but he had a hard time explaining it, so said "mom, you feel?"  I told him opera made me feel relaxed and happy.  He said "yes, mine." 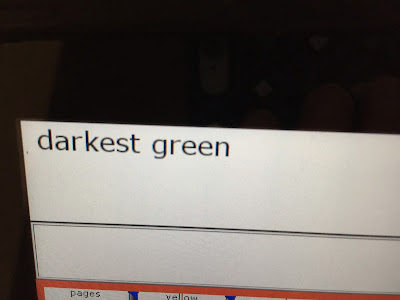 "Music is the only way to me." 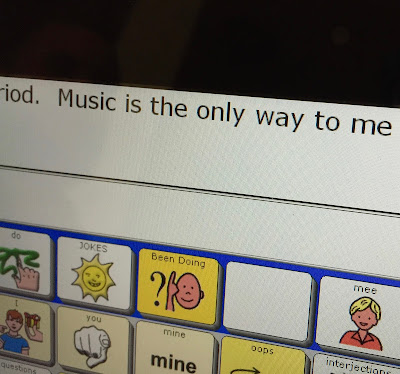 After therapy, Max spent the rest of his day listening to opera.  His love for opera has certainly be a constant throughout his life.  It's just so awesome to start to understand how it moves him so much.
Posted by Deana at 4:42 PM

I love how Max communicates -- I feel like I've been watching him grow up for years now (I have!) and so wish that I could come visit and talk to him myself!

You are most welcome any time! I have a post I'm working on with some of his work from this week. He's made us smile and shake our heads in wonder for days. He's growing and teaching us so much!