Today in art, Max made such an epic piece of art I had to get it down on his blog to commemorate just how hilarious and cheeky this boy is.

His art therapist asked him to help her know what he wanted to do in art today.  He stared out the door at the sunshine, so we moved him to face the sunshine and then he was ready to get down to work.

He warmed up with a painting, then said he wanted to "wear shirt", so they got out his plain white tshirts and fabric markers to make art on tshirts.  His first shirt matched his painting almost exactly. 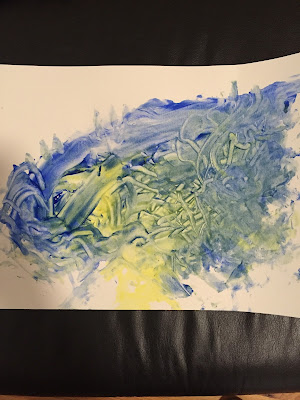 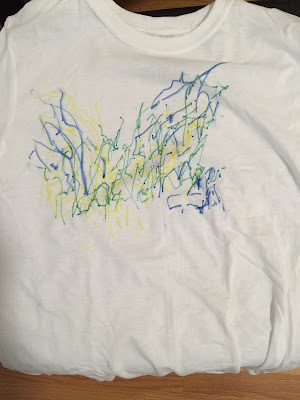 I asked him if he wanted to make another tshirt, and he gave his sign for yes.

When she asked what he wanted to do next he said "my I have a question can I ask you something? my eat tacos"
She confirmed if he wanted to make a tshirt with a taco and he said "yes." 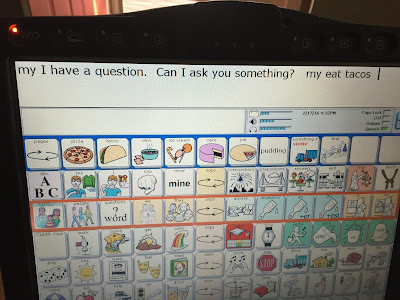 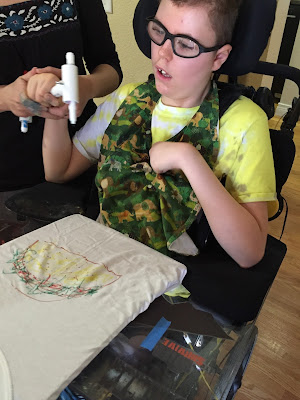 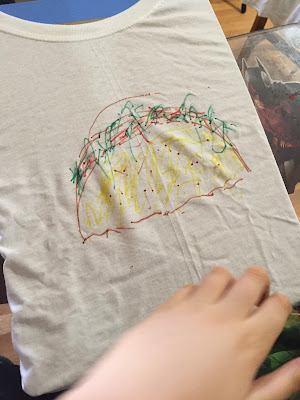 He was quite proud of himself for making it, and said he wants to wear it tomorrow.  It's so much his humor.  He got a big kick out of our laughing at his idea too. 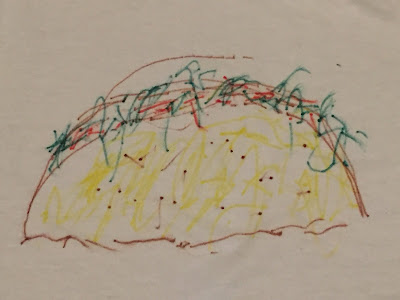