As Max is growing up, his tastes have continued to change.  While he still loves all things Batman, Curious George, Opera, Officers, and now turtles and tortoises, this is the first time I'm like...really Max?  Zombies?

I think he likes that they're gross.  And spooky.  And Momma doesn't like them.  I think that is actually the main thing he likes about them, that I think they're yuck.

But, I like him more than I don't like zombies, so off we went to the Zombie Crawl downtown today. Max took his new toy for Halloween, his zombie gnome that has been switch activated so he can set it off, and had a great time seeing all the awful creepy zombies.

His gnome makes zombie noises and moves his arms and legs.  Max made sure to keep him going the whole time.  The yellow button you see at his right elbow is how he started and stopped the zombie from moving and making noise. 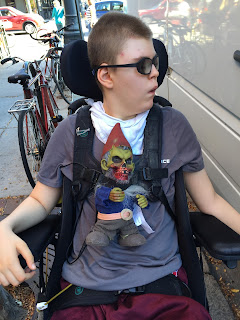 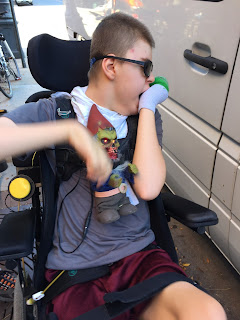 Everyone was so great to make a show for Max.  And he just loved it! 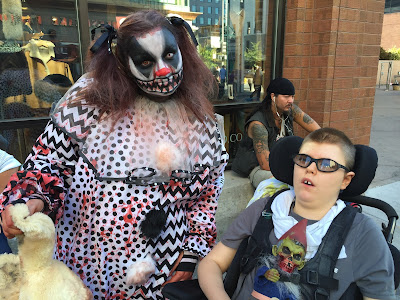 The crowd was huge, but we were able to skirt most of it and keep Max safe from the brain eaters. 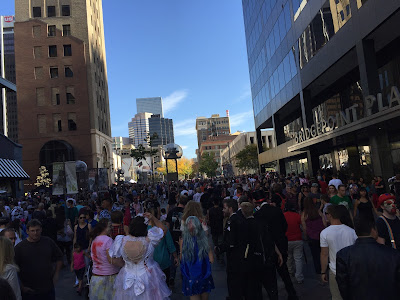 This guy was having fun with Max...little does he know Max only has part of his brains still left in there...the zombie would still be hungry. 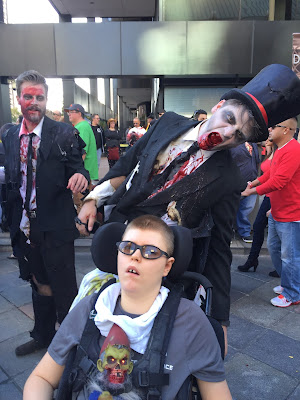 They weren't singing any carols....but were plenty creepy! 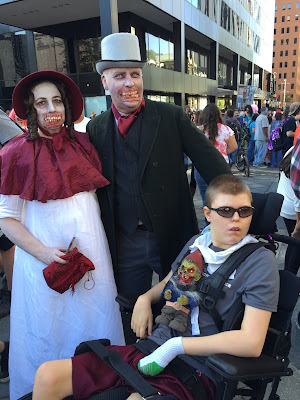 These guys were on patrol. 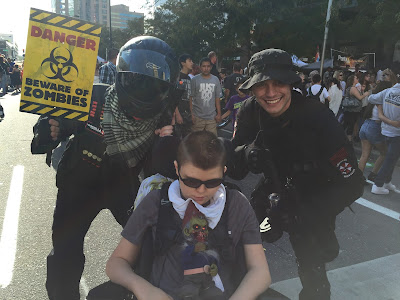 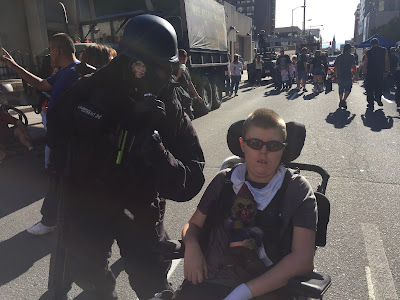 And Max thought this guy was too much.  A zombie wizard...he just kept giving him this look. 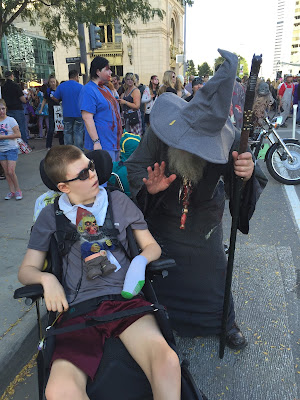 This guy's costume was pretty extreme.  That jacket had faces all over it. 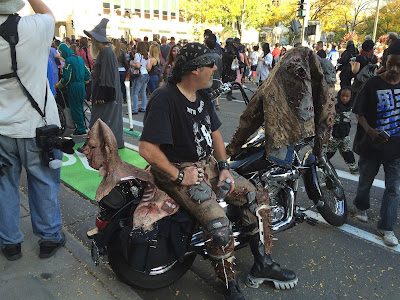 This one was for his uncle Charlie...the boogie man. 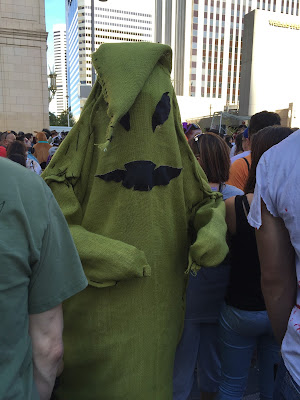 And finally...these must have been real nurses/doctors because they were all over Max and having fun with him.  He thought they were great.  Something tells me his doctors and nurses wouldn't be allowed to dress up like this at the hospital. 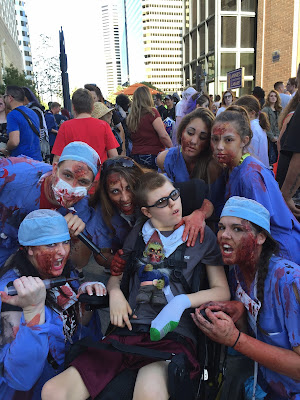 It was a fun thing for him to do.  I think I can learn to tolerate it in the daylight, once a year.

That was great! Yay Max, just a regular old pre-teen...

That's wild that he loves that stuff. And you're Mother of the Year to indulge it.

I think it's because he was born on Halloween! He'll always be a little spooky.