School has started for Max's pals and his sister. We are still waiting for class assignments and for his new teacher to be brought p to speed on Max this year before he starts.  So, we're getting a few more days of summer while Daddy is back to work and Abbey is at school.  This summer was definitely focused on things not vacation related, so we're just looking forward to the cooler weather to come and the start of a new school year for both the kids.

Max got to go to the train station, one of his favorite places to go in Denver.  He is always hopeful he will see a train, but we usually just miss them coming in or leaving.  The other night we went down after work and had dinner at the great little Chinese restaurant Zoe Ma Ma. It's accessible with Max's chair, and there is plenty of seating away from the crowd of the restaurant.  They always have the big glass wall windows open so it never feels stuffy in there.  We like to sit outside when the weather is nice and watch the people coming and going at the station.  At the end of our meal I noticed people were lining up on the platform.  We walked Max over to see what they were waiting for and were greeted with the arrival of the San Francisco to Chicago train. 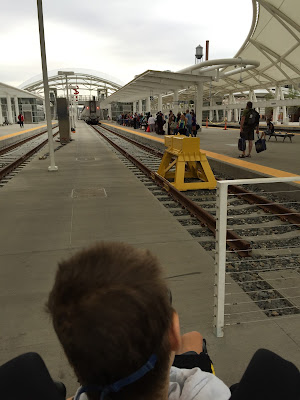 Of course, we had to go check it out up close now that he was finally getting to see a real train! 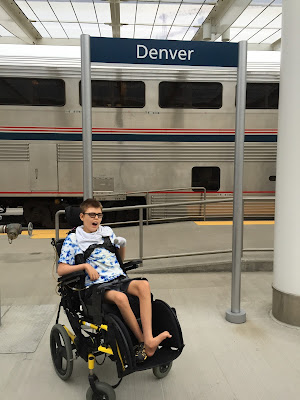 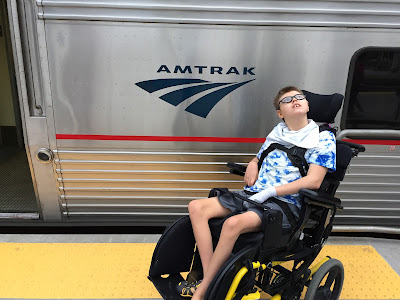 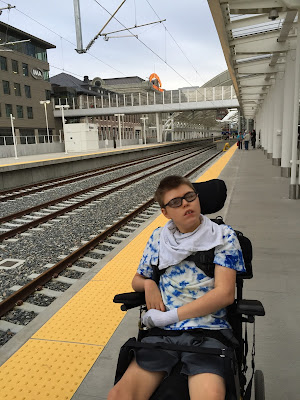 When we got to the end of the accessible area a transit officer offered to take Max the rest of the way past the restricted area so he could meet the engineer and see the front of the train. 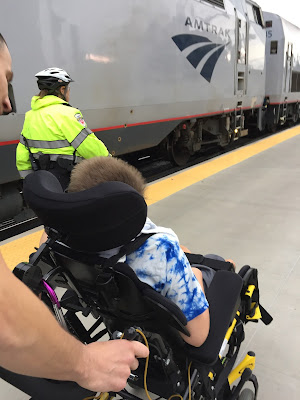 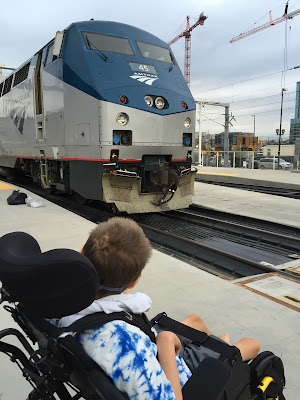 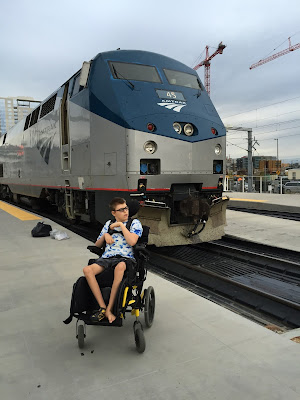 It was a fun little end of summer treat for him to get to enjoy.  As we were walking back to the station, the trainmaster stopped and asked if Max was enjoying the train and if he was coming or going.  We told him we live here and hadn't ever got to see a train before.   We would like to take him on a train but just didn't know how accessible it is.  So, the trainmaster took Steve on the train to show him the accessible room.  Steve thinks Max would be able to get on the train and in the room with us in there with him.   Now where would we go?  At least we've got such a fun place to start. 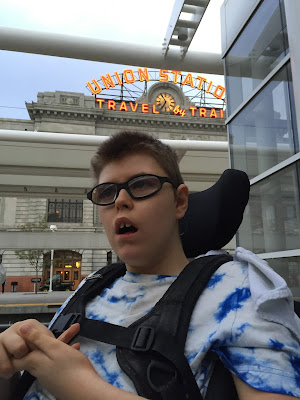 That was an exciting adventure! The further possibilities are too exciting!!!