We're still doing the summertime thing...resting, trying to keep cool, and doctors appointments.  Max has a new interest, and as it goes when he tells us something new he likes, we try to let him enjoy it as much as he likes.  His newly found joy is in turtles.  And I'm not talking about the teenage mutant type either.

We took him to our local aquarium today to let him see some of the big guys up close. 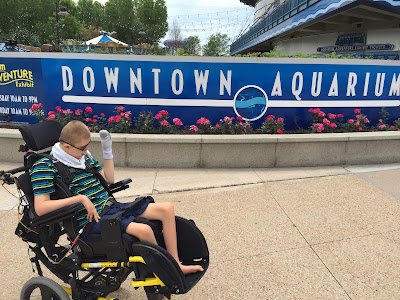 He wasn't sure what to think of our explanation of the aquarium, since we simply took him to a fish store yesterday to try to let him see some of the fish there before paying to go to the aquarium.  He liked the salt water tanks we saw so much that we had to find time to take him to the aquarium. 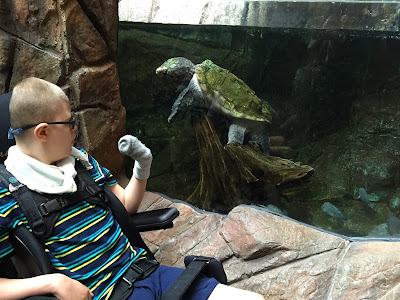 The first animal he saw was this giant snapping turtle. 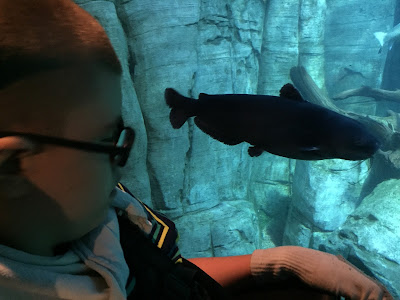 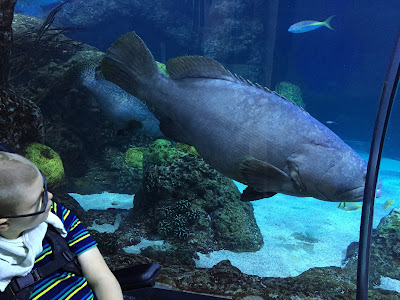 Grouper bigger than all of us! 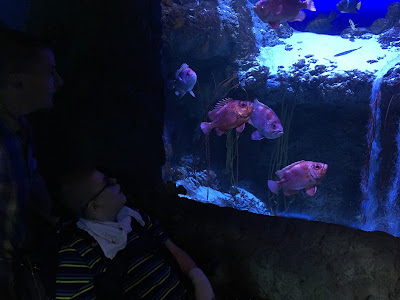 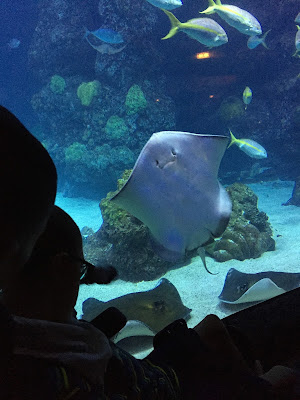 This area was Max's favorite. The tank formed a tunnel above us and the fish all came right up to the glass for him to see. 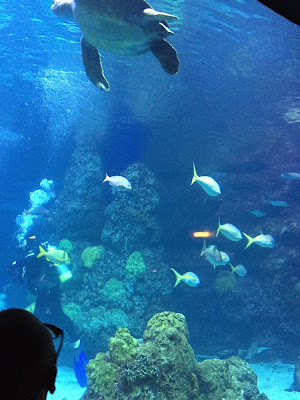 And of course, his favorite swam by several times for him to get up close to it. 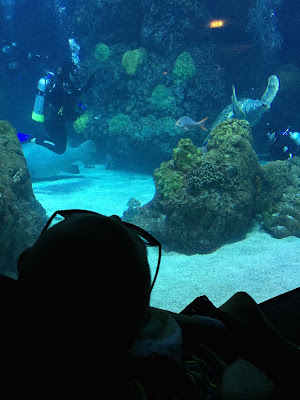 He kept looking up for the turtles to swim by.  There were people scuba diving with the fish and he thought that was funny, but he really had to keep his eye on the turtle. 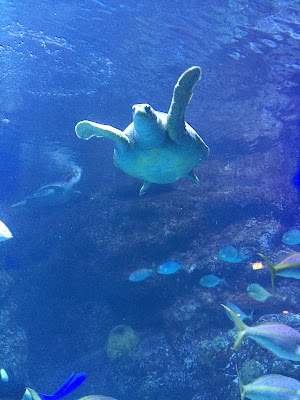 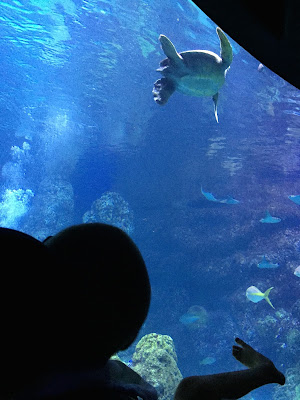 Max did well not to kick the glass, but he so wanted to touch the turtle. 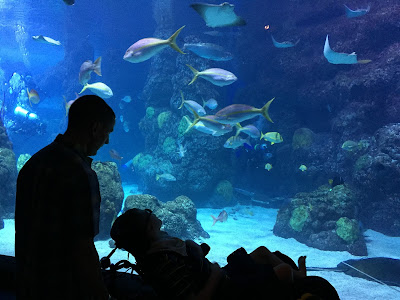 Max is so much like his daddy.  I think they both wished they could have just jumped in the tank and gone swimming with the fish. 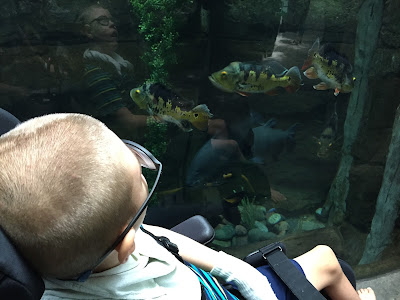 We called these Batman fish because they were yellow and black. 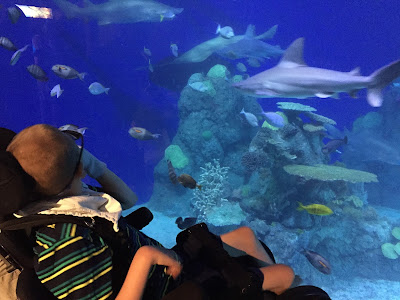 At the end, we got to the sharks.  Max hasn't been here before so didn't know it was the end.  When he started crying and getting upset I guessed it was because on the documentaries he's been watching about turtles, it shows sharks eating turtles.  Once we assured him no turtles would be harmed in this aquarium visit he was okay to look at the sharks. 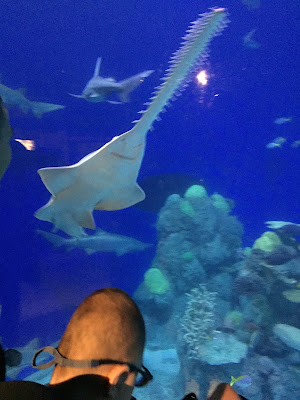 This was our favorite shark with his funny spiky nose. 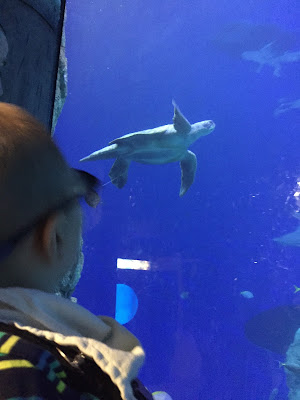 And lucky him...another turtle to say goodbye to.

I'm glad we were able to take him to see the turtles and fish.  It's not the best aquarium I've ever been to, and the people oblivious to a child in a wheelchair they kept running into made it difficult to enjoy all the parts of it.  But, seeing Max's face when he got to see his favorite animals was worth the effort. We'll just have to figure out when it's not as crowded and try to take him again!