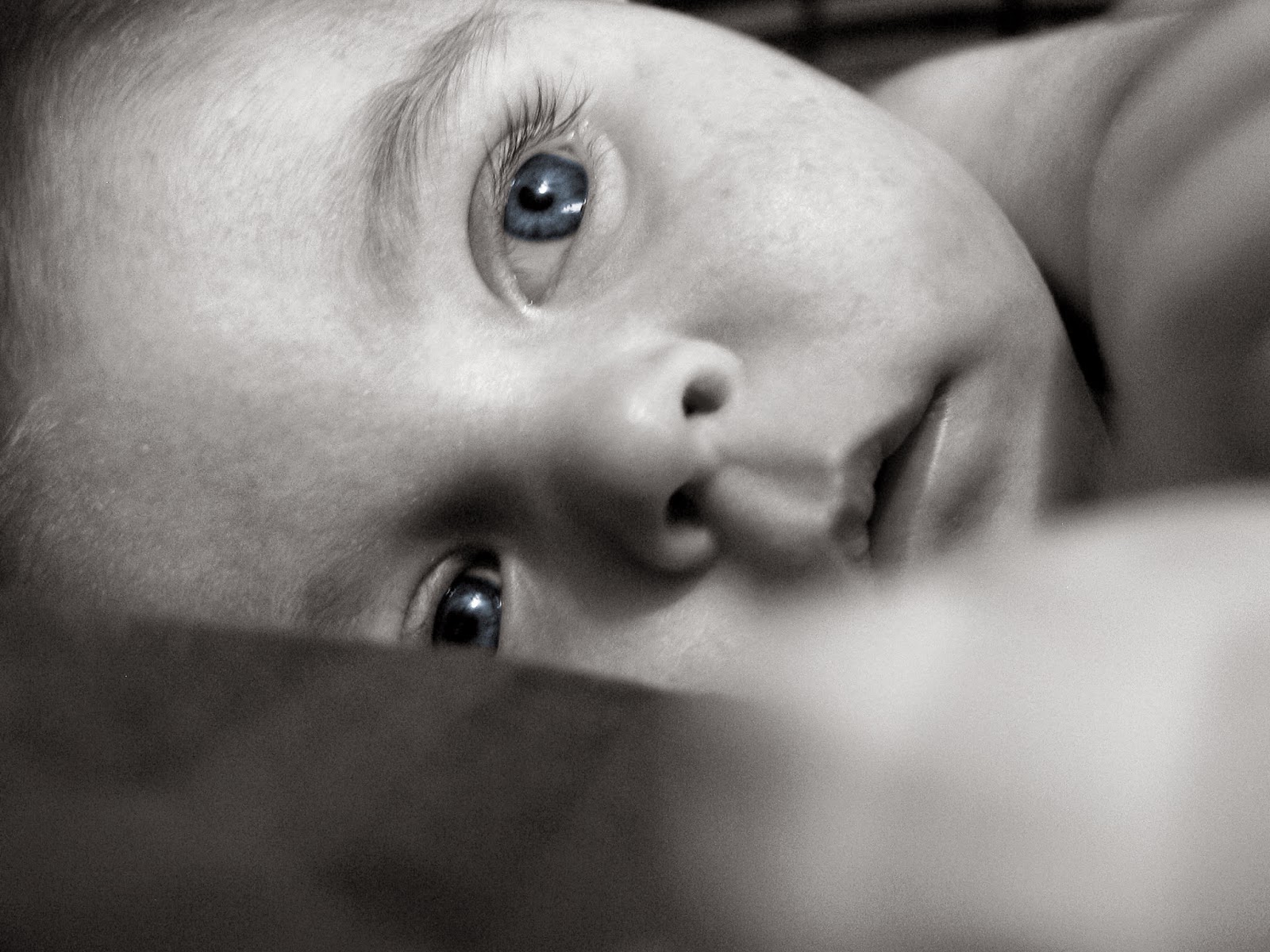 It was almost 11 years ago I took this photo on our bed at Max's grandparent's house in Virginia.  We were there visiting for a little break from the constant doctors appointments that followed his diagnosis and brain surgery.  Steve was working in California and I was lonely and tired of doing it all on my own.  So I packed little baby Max up and we went for a couple weeks to see Grampy and Grammy.

Baby Max's ducky hair had just started growing back.  He slept most of the time those days, because despite the surgery that reduced his seizures from over 200 a day, he was still struggling with seizures and he was just exhausted from them.  We were having to give him rescue medicine daily, at the tune of around $250 a dose.  We had tried all the types of drugs that were an option for Max, and had one more thing to try.  It came with risks, as they all do.  It was not approved by the FDA.  It could cause eye problems.  But, all of Max's doctors agreed the risks of him continue to have uncontrolled epilepsy were larger than the risk of him having tunnel vision.  So, we requested the medicine to be sent to us on our little vacation in Virginia.

When the medicine arrived, I looked it over and read every word that came with it.  I contemplated not starting it.  I didn't want it to make the seizures worse, or make him even more lethargic.  We were so far away from home, and I didn't know how he would react.   But, even while we were there Max was continuing to have seizures, and going through the rescue medicine wasn't a good plan either.

As I was trying to decide when and if I should give him the medicine, Max was laying on the bed and watching out the sunlit window.  I snapped this photo, I thought he looked like he had fire in his eyes. A will to live.  I knew we had to try the medicine, we had to give it a chance to work.

I gave him the first dose and nothing spectacular happened.  But then, twelve hours later I gave him the second dose, and I realized he hadn't had a seizure all day.  For the first time in his life, he didn't have a seizure all day.  That was the day we got to meet Max, the boy who was locked into a brain that didn't work for him.  That was the day he started to truly live a life without seizures being in control.

Tonight, without much fanfare, I put the bottle of his medicine in his closet.  His nurse gave him his last dose.  For nearly a year, we've been weaning him off of this medicine because he's covered by another medicine which covers the type of seizures he has better.  It's unlikely we will ever go back to this medicine for him.  But we'll hold on to the bottle just in case...I think because I can hardly believe he's really not going to be taking it anymore.

I'm not sad to see it go, quite the contrary actually.  It's just a milestone of sorts.  Something I never thought we would see go away is now tucked into his closet.  One of these days he may not need any medicine for seizures.  Maybe.......I can wish for that, right?  Why not?

He's sleeping now.  And tomorrow he will wake up and there will be one less pill in his system.  I think that's something to celebrate. 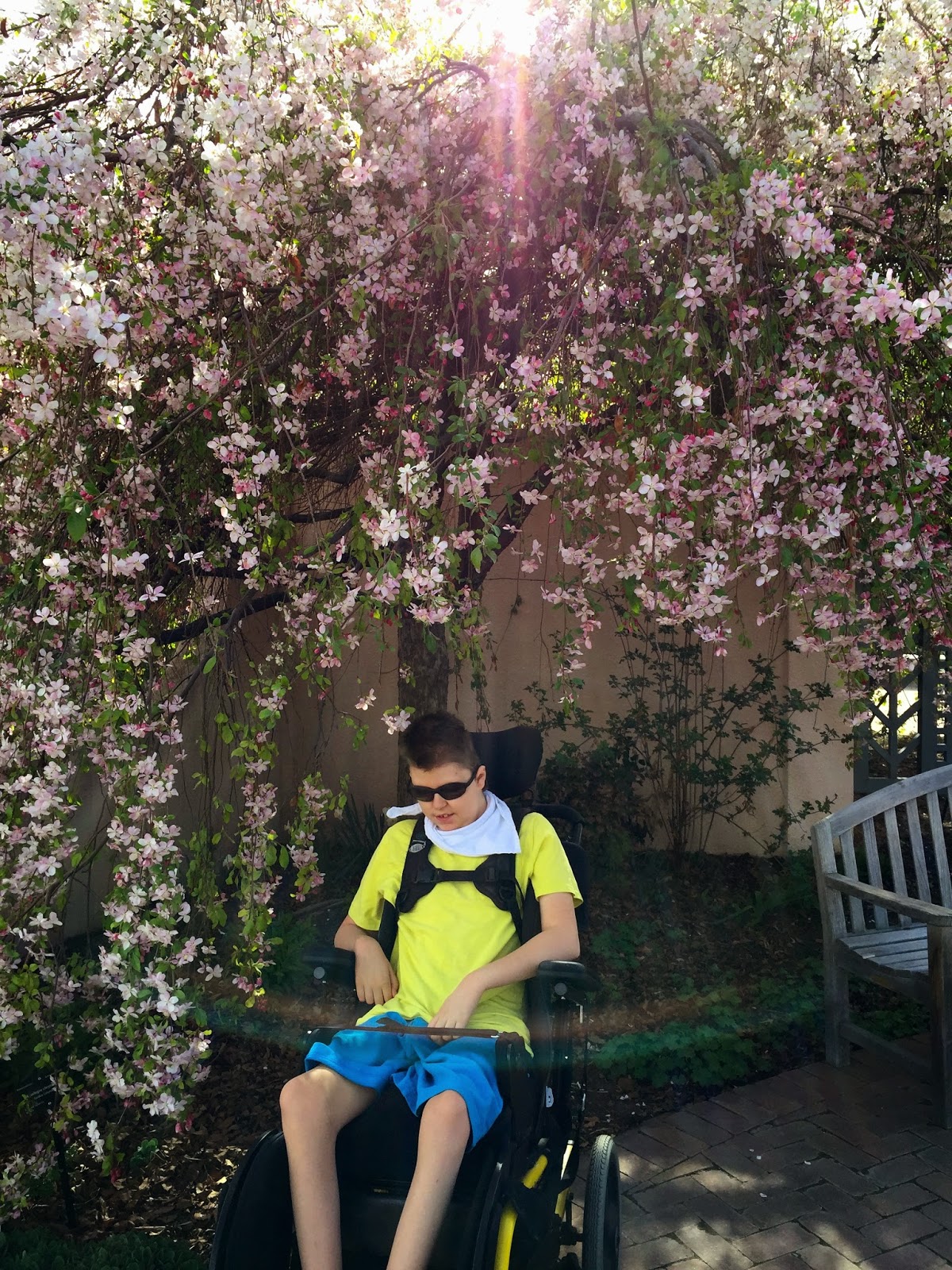