We're just starting to come up for air around here.  Max has been home since New Year's Eve, which means we got to ring in 2015 at home, and not in the hospital.

Of all of the wintertime illnesses the one that has scared me the most his whole life is the flu. Healthy people die from the flu, every year.  Up until a week ago, Max had never had the flu.  When the told us the test had come back positive for flu my stomach dropped.  Flu...how is he going to get through this?

I think because we were able to get him treatment so early, and he was able to have IV nutrition and fluids he bounced back much quickly than we expected.  He still has a cough that will likely hang on for a while.  And he continues to need oxygen at times through the day.  But, he's doing incredibly well considering how sick he was a week ago!

It has been almost two years since we've been in the hospital.  It's incredible how quickly we can step back into the motions of it all...and also incredible how quickly I'm reminded how much I truly hate when he's in the hospital.  When we have a break in hospitalizations, we have the false notion that we live some sort of normal life.  Not so when your rushed back to the trauma bay in the ER, giving orders of what type of IV your child needs started on, directing that he should go in the ICU for the night to see how it is going to turn by morning.  No...that's not so normal. 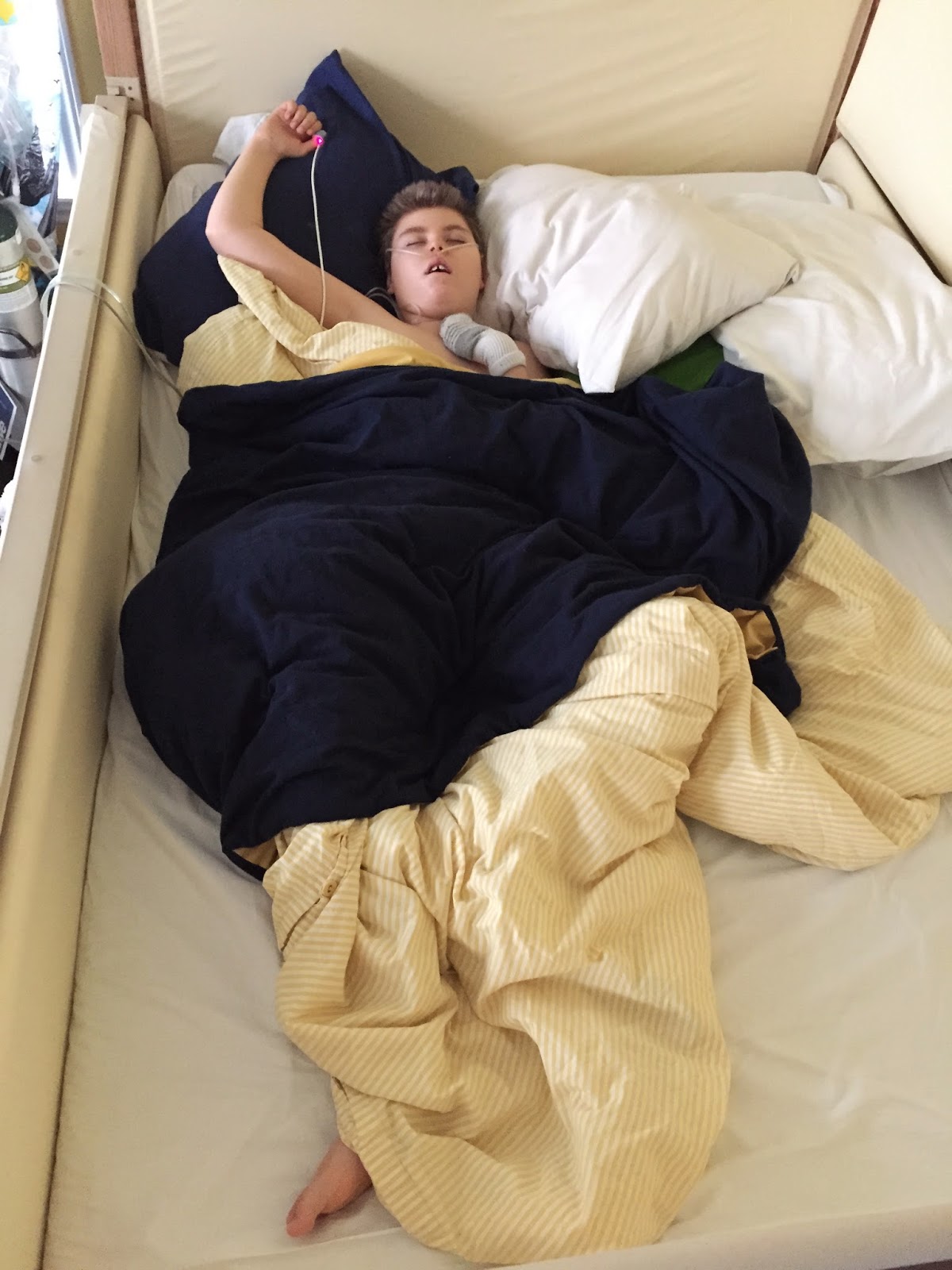 Max is still resting it all off.  And we are grateful to have his nurses watching him all night so we can get some sleep.  Among the sounds of the hospital in our house, there are sounds of laughter, and happy sounds, and talking, and big deep breaths...normal.

It may take a while for us to shake the coughs, and exhaustion this all brought on, but I'm glad to report we faced Max's first run-in with the flu and walked away okay.  And sometimes okay is pretty close to normal.

I'm so relieved and happy for ya'll that he's out of the woods and back home, comfortable! May that be the last time he gets sick, ever! I think, though, that your Max is just stronger now and better able to weather these setbacks.