Max has been working hard so far this summer on using his computer talker.  He and B have had a lot of conversations, and worked on some math (even though we're having to sneak that in).  She has incentivized him to use his talker with stickers as rewards.  When she gave him the choice of what he would like his reward to be, he told her it was "obvious", and chose a bike ride with her.

Today was their fun day, and he got a mid day bike ride.  Despite the head down in this photo, he had a blast!  It was really bright out and he usually will tip his head down in order to still watch but have shade.    Thankfully it was also cooler than it has been the past few days! 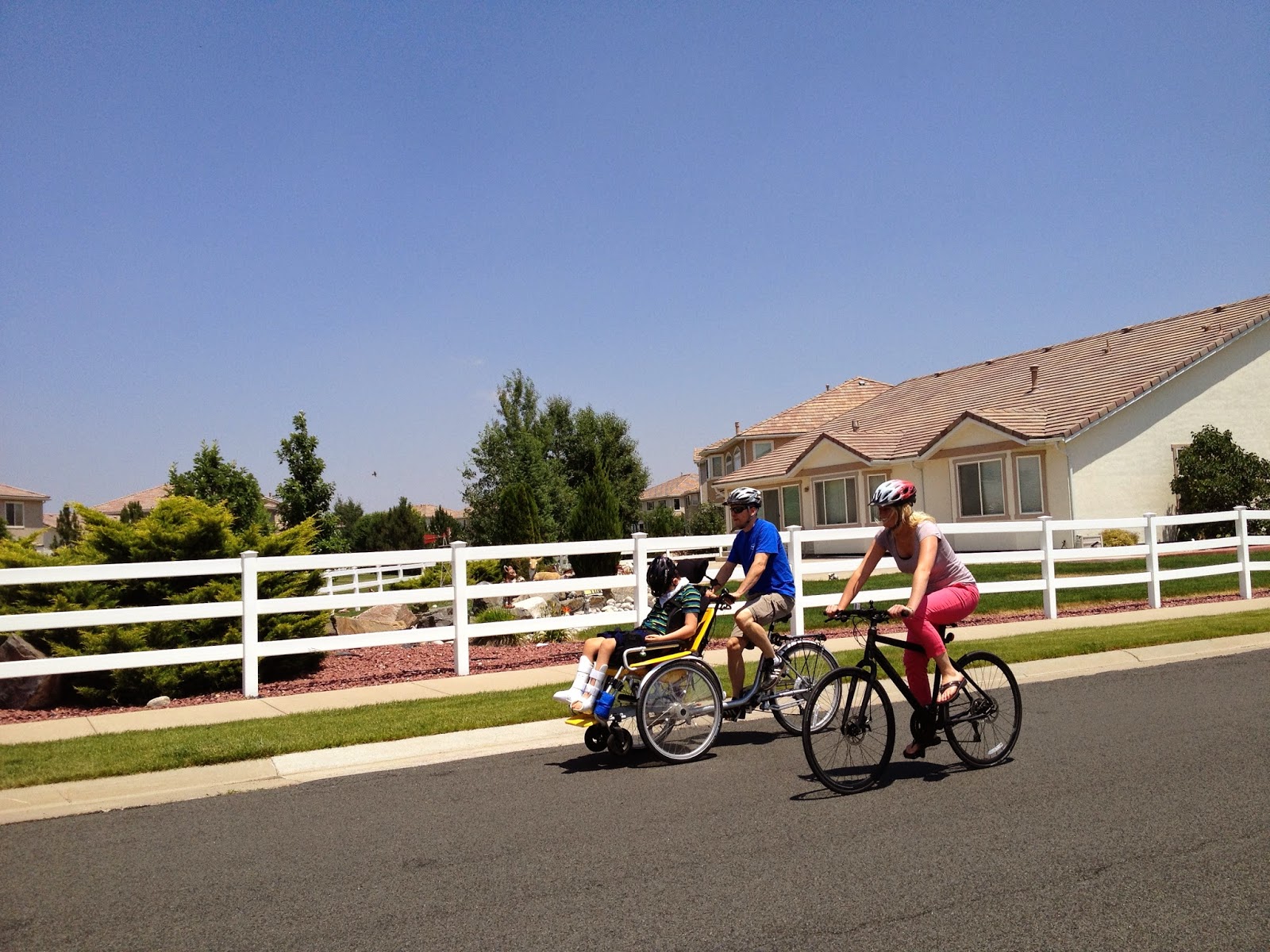 We better watch it, he's going to think every speech time will need to start with a bike ride!  He's a pretty lucky kid to have such a fun speech therapist and great pal to talk with!

Great picture! It inspires me to take the Duet out for a whirl with Sophie!