Something has been getting under my skin this week.  I know it shouldn't...or maybe it should, and I shouldn't say anything about it...but still, it's just rubbing me the wrong way, and this seems like as good of a place as any to spill about it.

Facebook is a nasty beast, in that I think it's ruined a lot of the way people would interact on a human level, face to face.  I'm on Facebook, I share Max's life events on Facebook, I enjoy staying in touch with family and friends, but I do not like how it has socially stunted so many people.

This past week, I am seeing pictures of kids starting back to school.  It's a fun time of year, seeing all the fresh new clothes and huge backpacks strapped to their tiny bodies.  Parents are rejoicing and shedding tears all at the same time.  And then, there are the gripes.  The grumbles and gripes about not getting into the class they wanted for their child, or the school they wanted.  And I just shake my head.

If only.  If that was all I had to worry about in life.  I know perspective is a crazy thing...and if that's their biggest worry for their child, then good for them.  But for those who would LOVE for their child to be able to go to school to be with friends, let alone a choice class or choice school, it all seems a bit...ridiculous.

Max got a post-card last week from his fourth grade teacher. 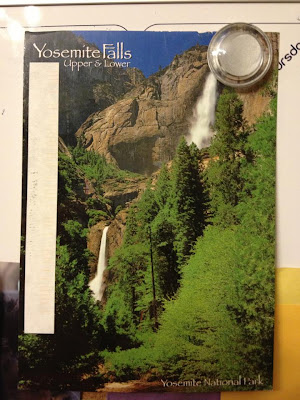 She told him she's excited to have him in her class!  He thought it was pretty great to get a note from his teacher before school starts.  I thought maybe it was a one off, since he's not in the classroom, his teachers in the past have done little things like this to help him feel involved in the big events at school.

Then, Max had his first birthday party this weekend.  His buddy who was in his 3rd grade class, and has been over for a few playtimes with Max also got a postcard.  When the boys found out they were in class together, Max brought his hand to his mouth, the ultimate expression of "yes", and Zach pumped both his fists in the air and said YES!!! Max had a great time at his friend's birthday party.  Max hasn't usually showed interest in swimming, so we didn't get him all suited up for the pool.  But, of course he wanted to be in.  Since we weren't prepared with all his gear, and were already there, Steve sat on the edge of the pool and let Max kick in the water.  His friend would get the boat over to Max, and Max would kick it away.  And made a big show of splashing with his legs! Max chose some dinosaur gifts for his friend, which were well received, making Max feel proud. We find out tomorrow who else might be in Max's class.  Who else got the coveted post card in the mail.  At the end of the day, it doesn't matter.  Does it?  Does it matter, and I'm so far out of the loop of how the other half lives that this is a thing to get wound up about? We'll just be happy with the teacher he has, the friends he makes, and the joy of watching him learn.  I think that's what matters.
Posted by Deana at 11:40 AM

I hear so many horror stories about how children are treated in schools, that hearing about Max's teachers and school mates is such a refreshing change. I hope you guys have a great start of school!