After music therapy today, Max wanted to tell a joke to Ms. Laura.

never even see it coming

his head was goodbye

lion was also going out for him head

feeling for it and it was over there

I love it when Max let's his imagination run wild.  He's been so expressive lately and has really liked putting his "bang words" into his communication.  Like when he says, "Oh no!!", and "never even see it coming".

When he gets writing, I just let him go and ask questions later.  Once he finished it, I read it to him and laughed.  I told him it was really funny.  I asked if he was the boy and he told me yes.  I told him I was glad the boy gave the lion a different yellow head, and glad the little boy was the king now too.

He was really proud of his story, and thought it was funny.  I asked him if he wanted me to share it online and he said "Yes!" 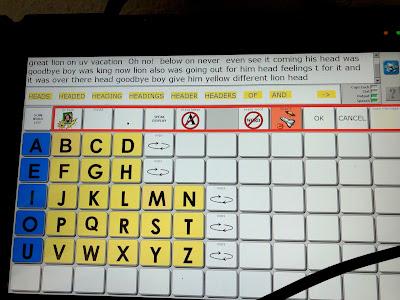 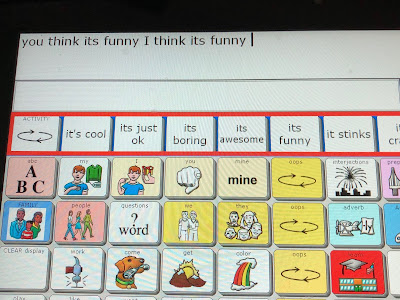 Thanks for entertaining us, Max! I think it's a great story, too, and tomorrow I will share it with my daughter Sophie.