I opened Max's webpage to see when the last time I posted something was.  Wow...I don't think I've ever missed a whole month before. My last post eluded to a lot of changes happening in our lives right now.  July was full of life stuff, and ended with our saying good-bye to Max's Nonni, my mom.

Max loves his Nonni very much.  He is the only one who called her by the name she chose for a grandma.  The other grandchildren named her themselves.  Since it took so long for us to know Max's language, she chose her name.

She was his biggest fan from the very beginning.  She held my hand and wiped my brow as he entered the world.  She showed me how to change his diaper and how to feed him.  She came to my side when we learned he was so sick.  She stood over his hospital bed and held him with all his wires and tubes.

As he got older, she was his loudest cheerleader for every thing he accomplished.  And his defender to anyone who thought he couldn't do something.

She loved him fiercely.  She told me all the time how proud she was of him, and of me.

This past month has been one of a different kind of caregiving.  She's taught me so much in my life, but most of all she taught me how to love and how to care for those who can't return the gift.  There were moments that she and I would cry over the things I was having to do to help her.  She hated that she needed the help....something else I picked up from her...and would say she didn't want to be a burden.  I told her she would be doing the same for me if it was me laying in the bed, and she would agree and we would get on with it.

Mom couldn't make it down the stairs in the last few weeks of her life to be with Max, and he couldn't go up the stairs to be with her.  But they would talk to each other, he would carry on from his chair telling her their special secrets.  And she would be up in her bed smiling and laughing.

I'm sad for so many reasons that she's gone, but one of the biggest is that she won't be around to see her grandkids grow up.  She loved being a mom, but it was her greatest joy being a grandma.

As for Max, and how he's handling it, he knows Nonni was very sick, and had to leave.  He has said she "mysteriously disappeared".  I told him she is still listening, and he can tell her his secrets any time.  He will always have her to look over him.  And we will remember her in his smile, and his hugs and unconditional love for us. 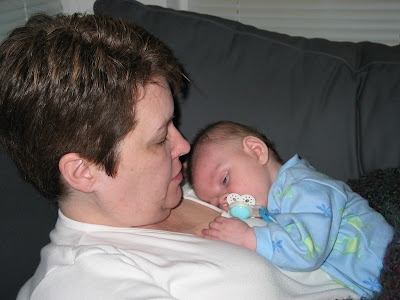 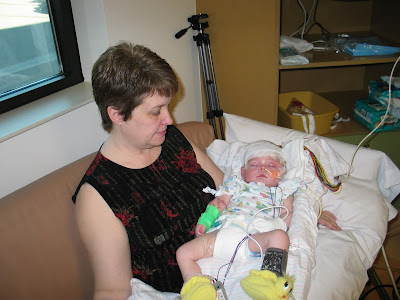 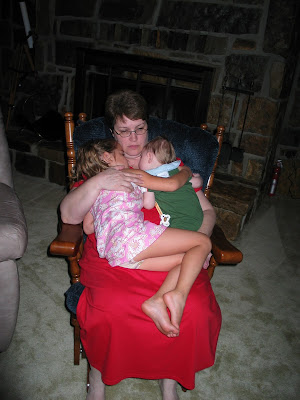 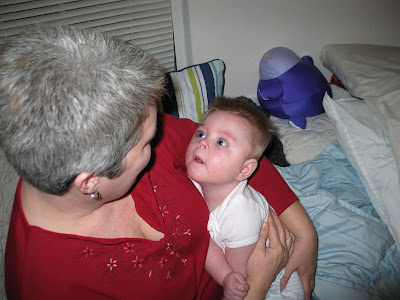 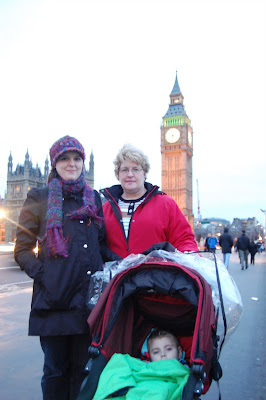 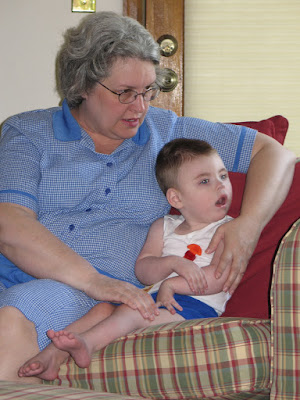 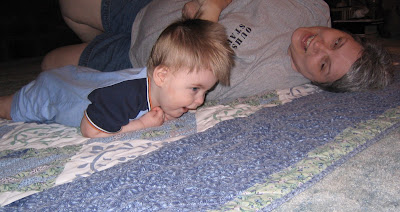 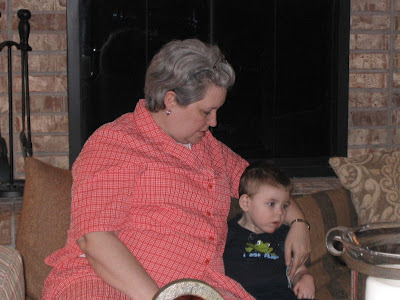 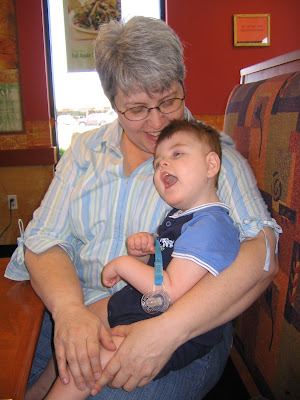 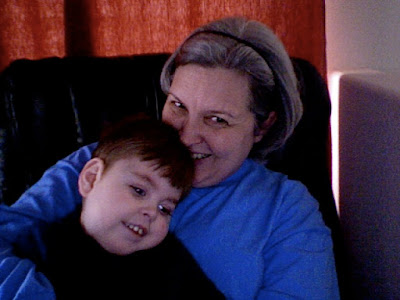 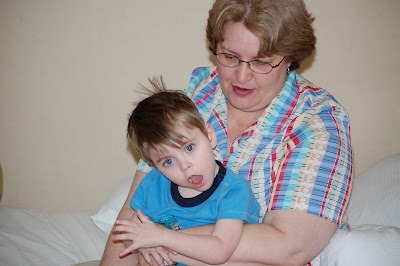 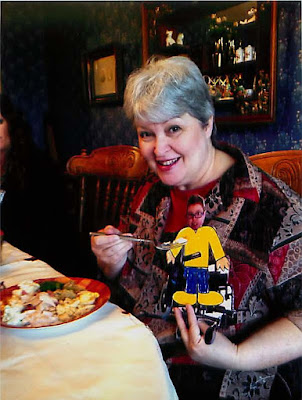 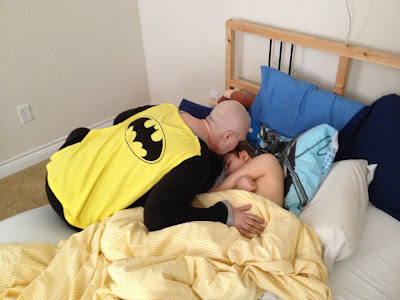 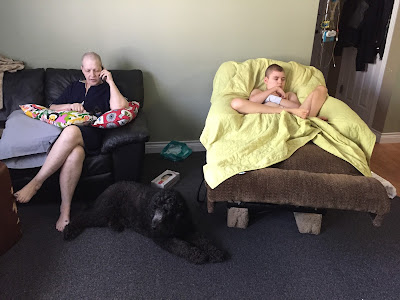 Their last visit, doing what they did best, hanging out together.

I will be back, hopefully not gone for another month.  But for now, a huge part of all of our hearts is missing.  We will love you forever Momma, Mom, Grandma Netta, and Nonni.
Posted by Deana at 11:27 PM

Oh, Deana. What beautiful, beautiful words and photos. I am so deeply sorry that you've suffered the loss of your mother and am moved by what you've shared here with us. She was, indeed, a gorgeous woman who has passed on her grace to you and to your Max. May your heart be comforted, may Max feel her presence and may you all be surrounded with love. I send love to you.

Thank you for your kind words, Elizabeth.

I loved this photo series and your words. My heart is with you all.

sweet deana...am thinking about you.
she will be always in your heart and closer to you in memories, you can feel her presence..

just close your eyes... and remember the good times with her.

i still remember my dad and cry. he passed away november 17 1989 and it feels like yesterday he held me up to show me my school when i was 6. i close my eyes and feel his warm touch.

Your mom is and will always be with you.

She was a special and courageous woman. She was loved by many--some of us whom never met her f2f. She will always be in hearts and minds. Prayers and love for you and yours.

This is beautiful Deana! I love the pictures. I've not seen most of those before. Thinking of you all with much love.