Never is it more obvious to me than when a new nurse starts with Max, just how much I "just know" about him.

He's had a turnover in nurses the past few months, and we finally have full coverage through the week again.  He likes his new nurse, and she's getting to know his little sounds and movements better each time.

The other night, after his allergy testing, he was very intently telling her about his day.  I heard him in there really giving her the full sob story.  She was trying to comfort him, because she thought he was really upset about something.  When she came out, I told her he wasn't upset, so much as just telling her about his day.  I told her she would get to know his different tones and inflection of his voice, and will start to understand better when he's telling you off, or just telling you about his day.  I told her if she acknowledged it was a rough day, and allergy tests aren't fun he'll stop going on about it because he will have gotten her to understand him and got her on his side about it.  Sure enough, she went back in and he started back in on his story again.  She acknowledged it was a long day for him, and she was sorry he had to be itchy, but she had his medicine for him to not be itchy anymore and he could just rest now.  He gave her a big smile and quickly fell asleep.

It's times like that when I realize, there is no one else who provides care for Max that will ever know him as well as Steve and I do.  These are things we've learned through the past 11 years, sure.  But they are also things, we just know.

Max weekend was a good one.  We got to get out both days, and enjoy the 70 degrees and sunshine. We took Max to the Botanic Gardens to see the yellow flowers.  They were just starting to come out, but will soon be out in full bloom. 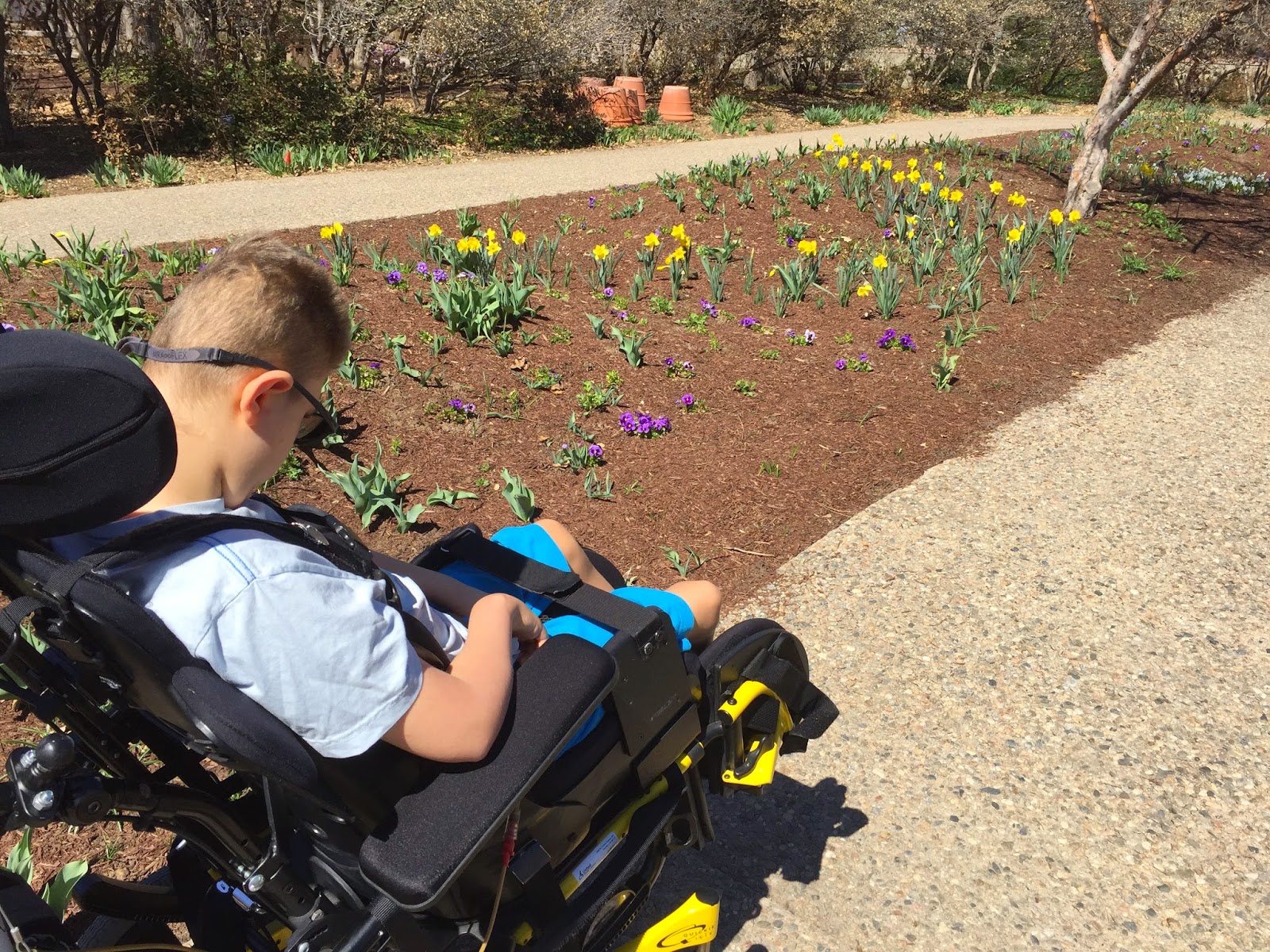 A little bit of yellow and purple all around. 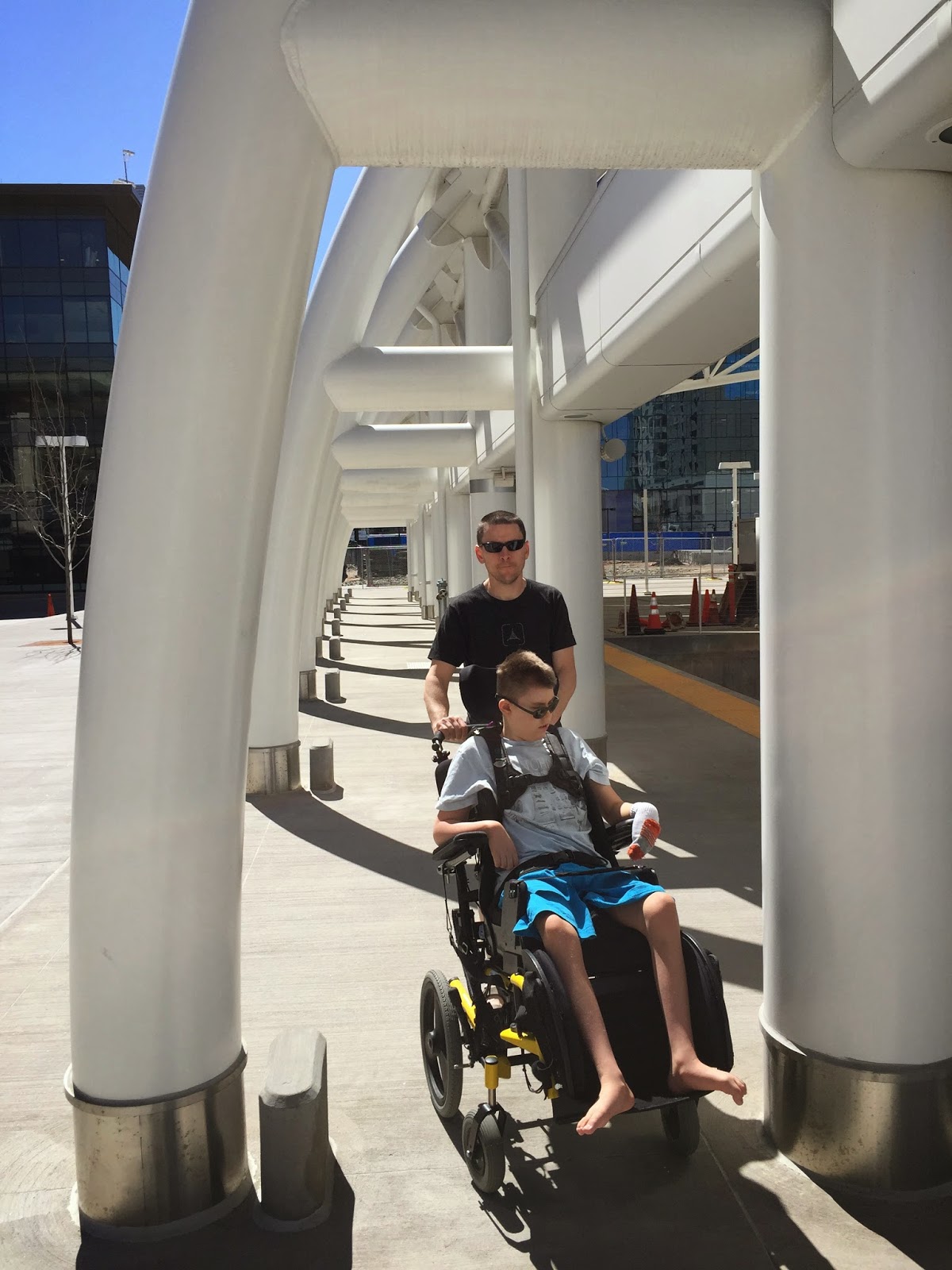 After the garden, we took him to the train station.  He has yet to see a train there, but he likes to check and see if there are any coming each time. 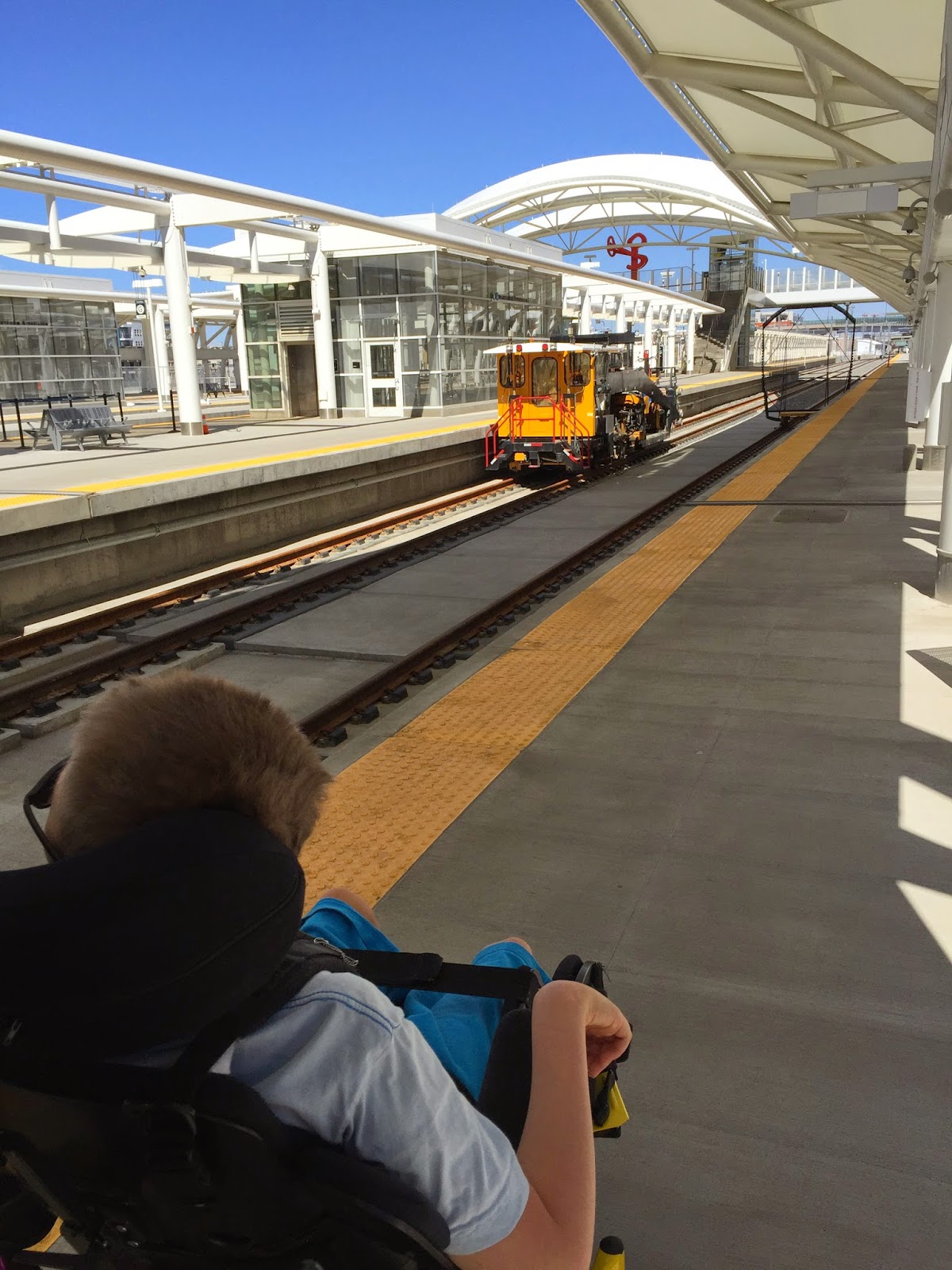 We saw this "worker" train....and that was interesting enough for him.  After seeing the train area, he wanted coffee and ice cream. 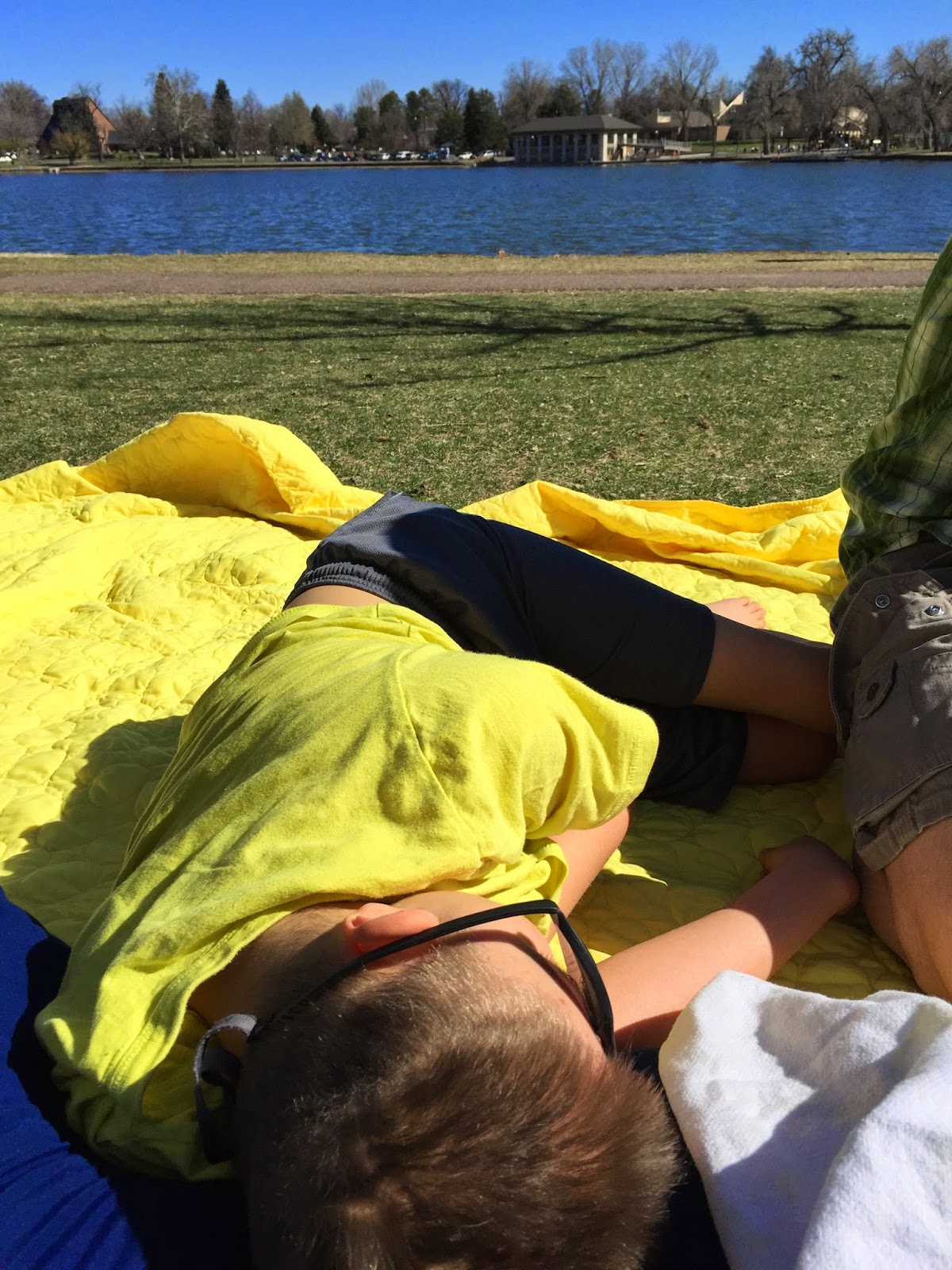 Sunday, he was very sleepy!  He had stayed up most of the night with his nurse and decided to sleep most of the day away on Sunday.  But, we knew if he was going to sleep Sunday night we were going to have to get him out.  So, a picnic at the park in the sunshine had to do!  He was happy to soak up the sun, and let his toes find the grass that has started to show up too.  That's another one of those things we just know about him.  As sure as we lay him on the ground on a blanket, he will scoot and scoot until he finds the grass to stick his toes in.