Max has been learning about waves in science.   His teacher got him involved hands on by using his interest in music to teach the point.  They made drums out of canisters we had around the house, and what do ya know...our boy paid attention, helped make a graph, and answered all the questions at the end of the lesson! 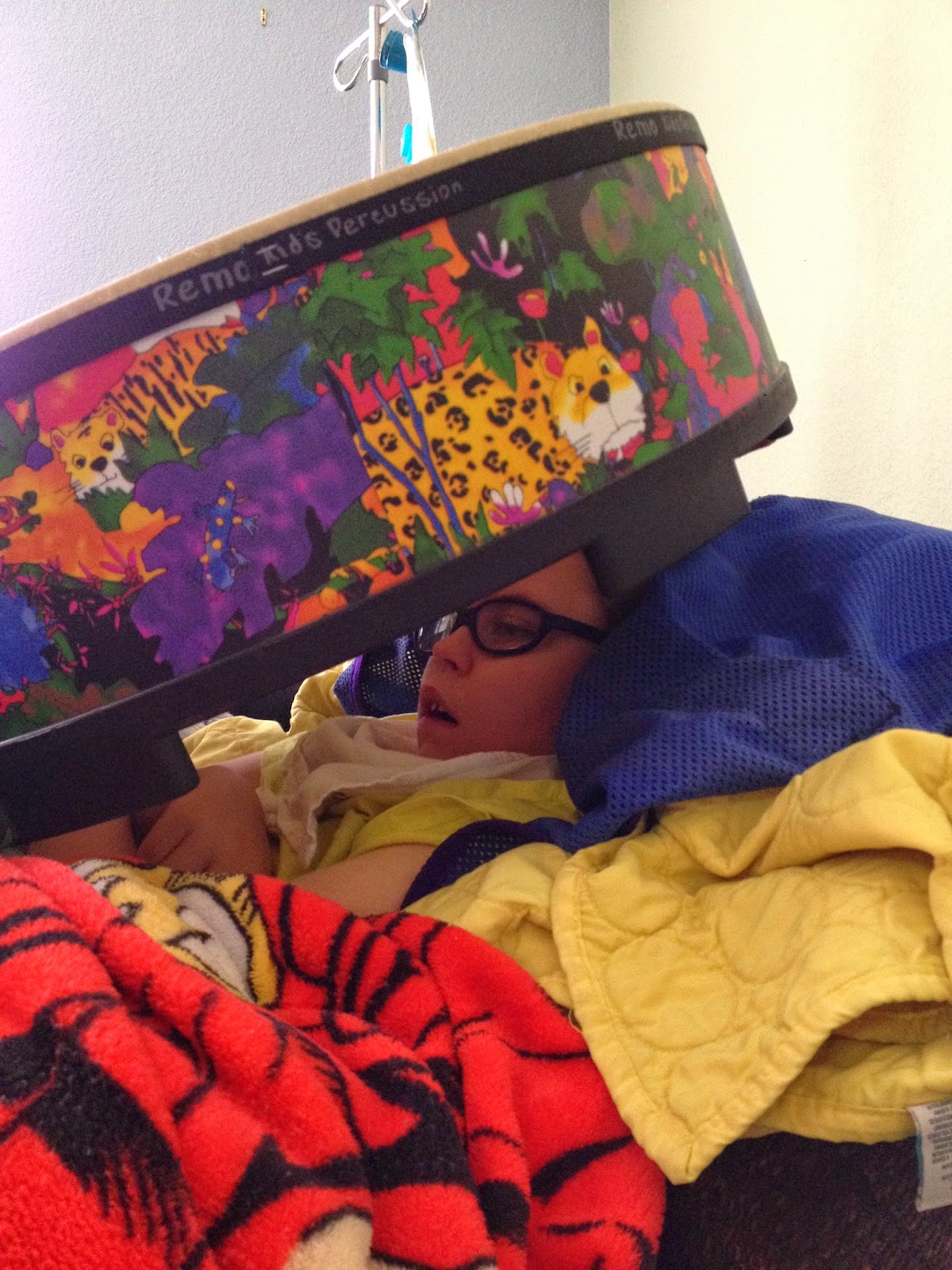 Speaking of music, Max got some really cool news last week from the Do It For The Love Foundation.  His friend Lily wrote to the organization, and sent in a couple of videos requesting for Max to get tickets to see Jack Johnson in concert.  When we heard Jack Johnson was coming to Red Rocks this summer, I signed on as soon as they went on sale to find them sold out nearly immediately. Max has been listening to Jack Johnson since he was a baby, and he's still one of his favorite musicians.

Lily's request reached the head of the foundation and they said they didn't think they would be able to get tickets to Jack Johnson since it was sold out.  But, the co-founder of Do It For The Love is Michael Franti, and he said he would love to have Max for his Soulshine concert in July at Red Rocks.  Max loves his song, The Sound of Sunshine, and will dance and sing along when it comes on.  Last week, I got a phone call from the organization that a few tickets opened up for us to take Max to see Jack Johnson and do a meet and greet as well.  I literally had to sit down with the news. We have played his songs hundreds of thousands of times for Max.  There are days when the same ten tracks play from the time Max gets up until he goes to bed because that is all he wants to listen to for the day. Max will get to meet him and listen to him at one of the most beautiful concert settings there is!   I wonder if Michael Franti and Jack Johnson will let Max play their guitars with his feet too?  Maybe they'll want his autograph since he's pretty much a rock star.

We're totally excited to start the summer with music for Max.  Next week is opera at Children's, then the Angus Mohr benefit concert at Defy! gym. Then we'll get ready for two concerts at Red Rocks with a couple of Max's favorites!