I can not get enough of Max's smiles today.  He's been so happy, and showing me lots  of grins, and chuckles and smiles.   Getting pictures of those smiles are always tricky.  But I actually got a few today while he was busy with music therapy. 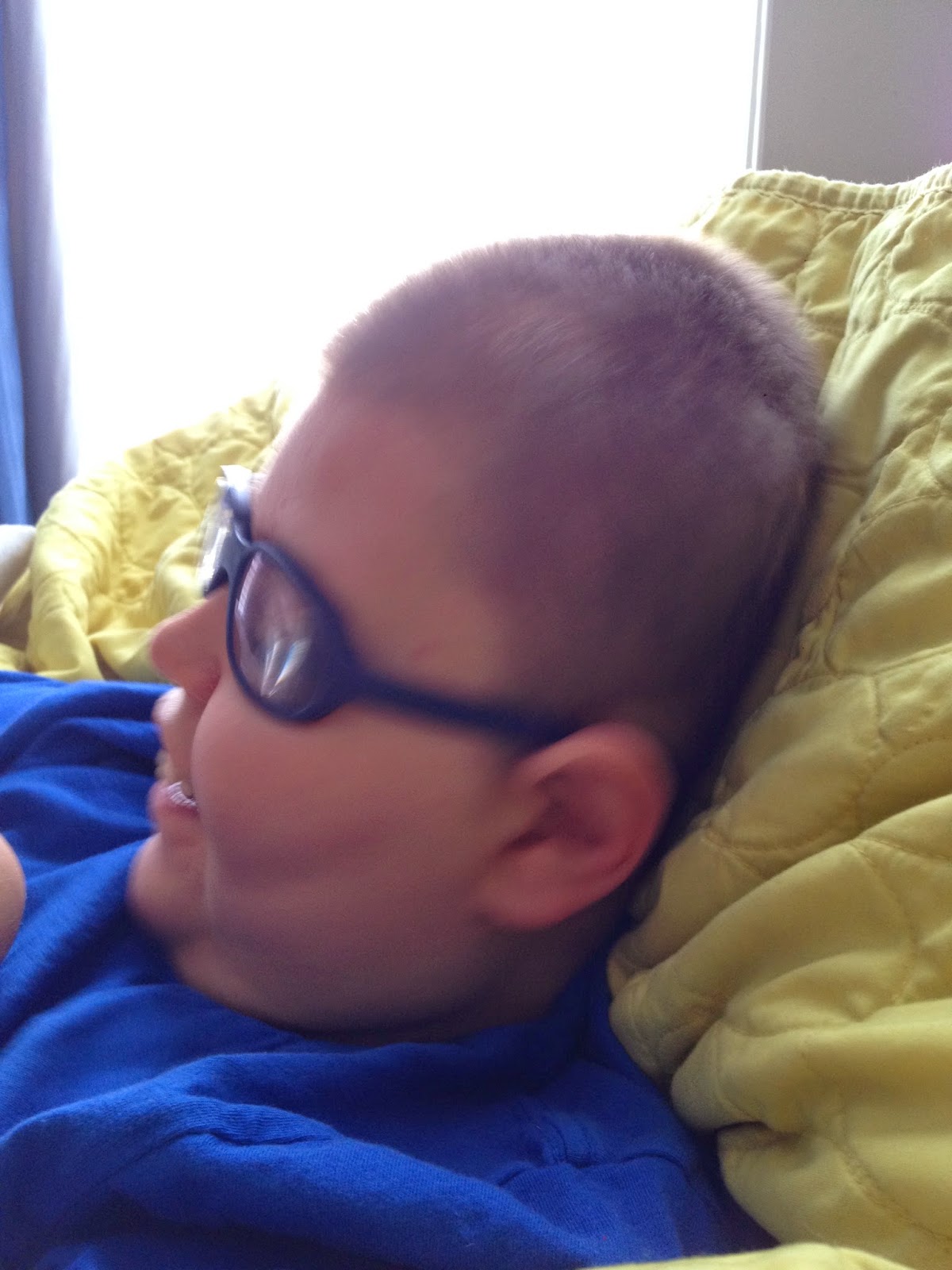 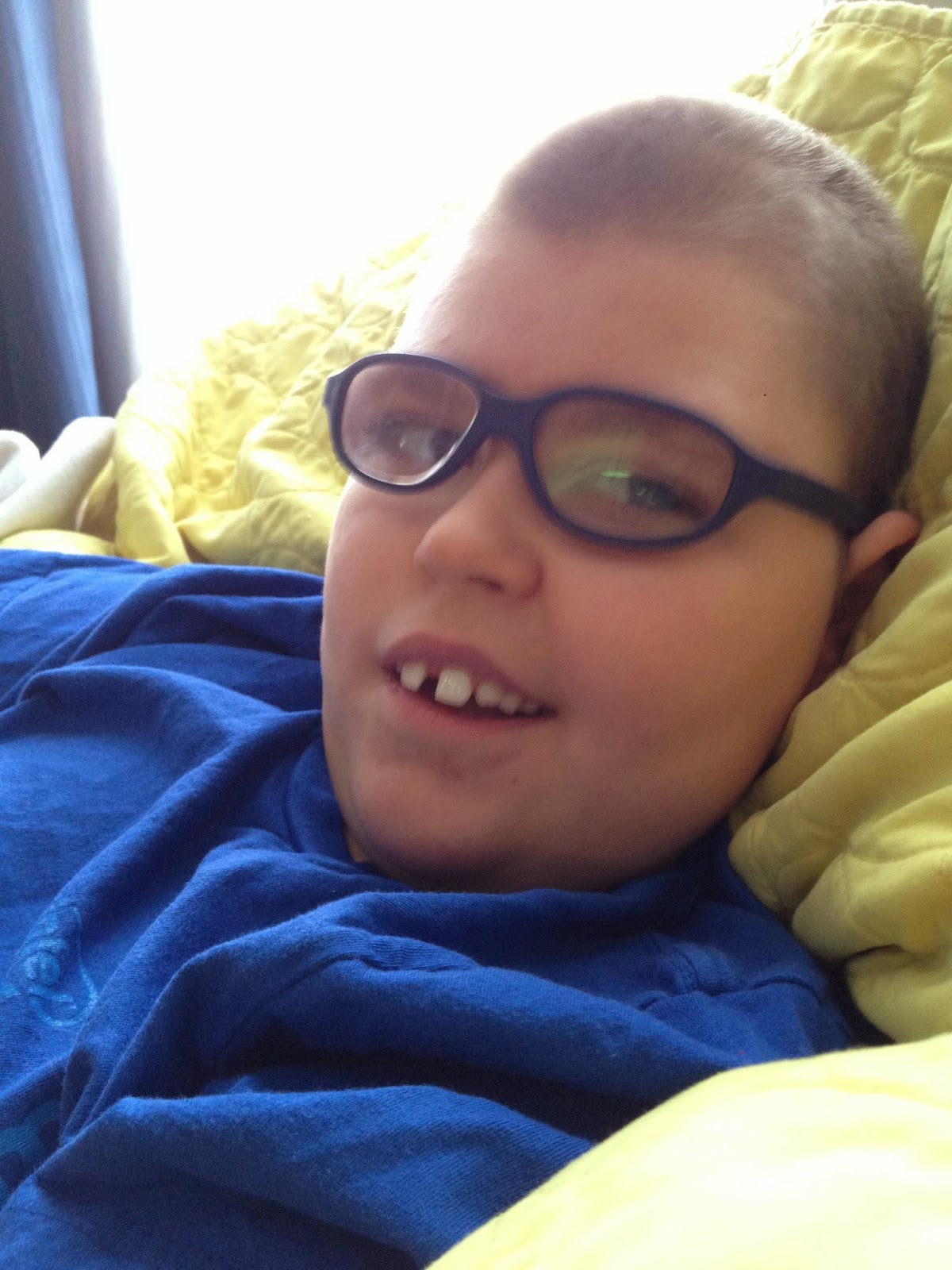 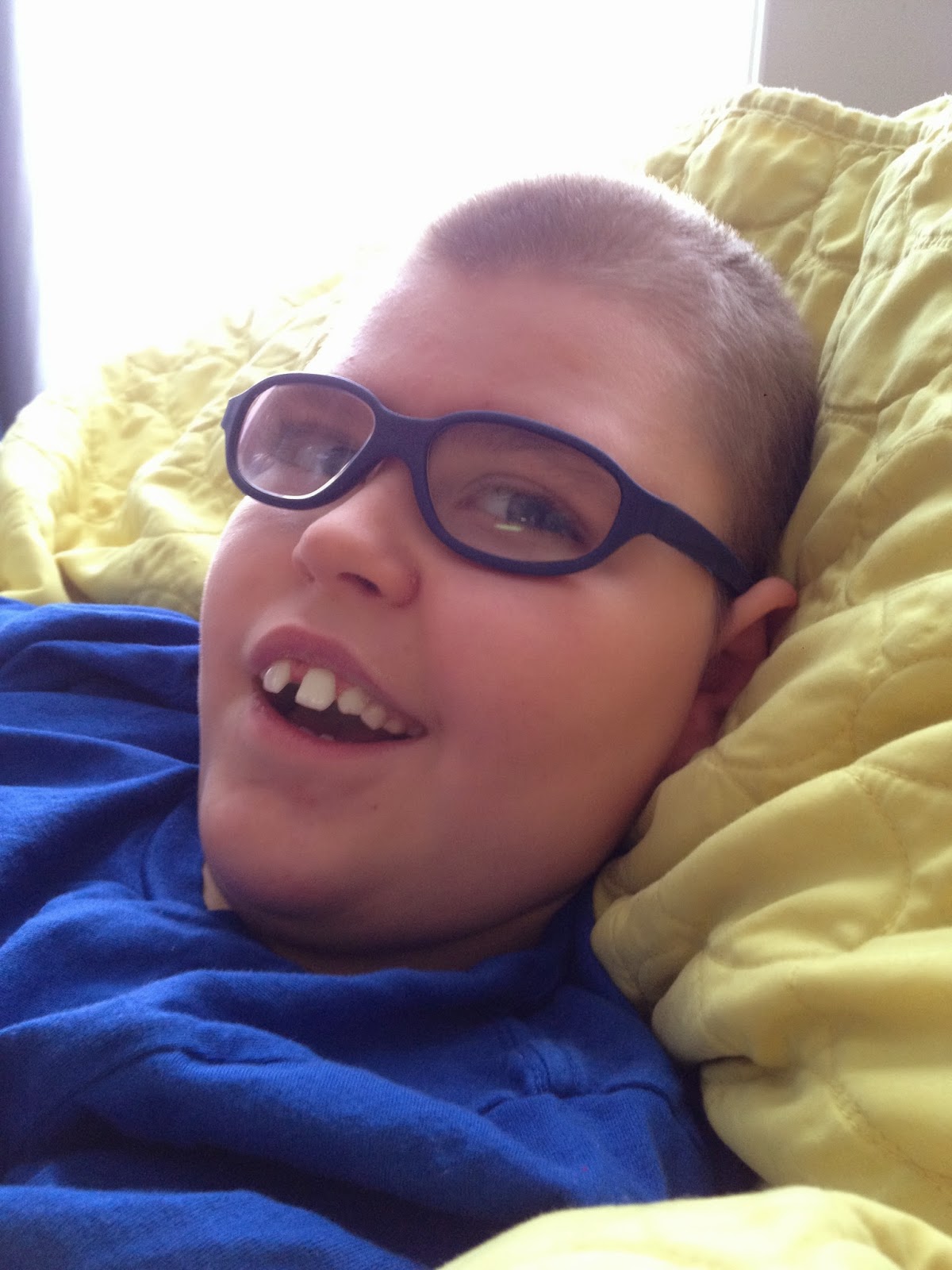 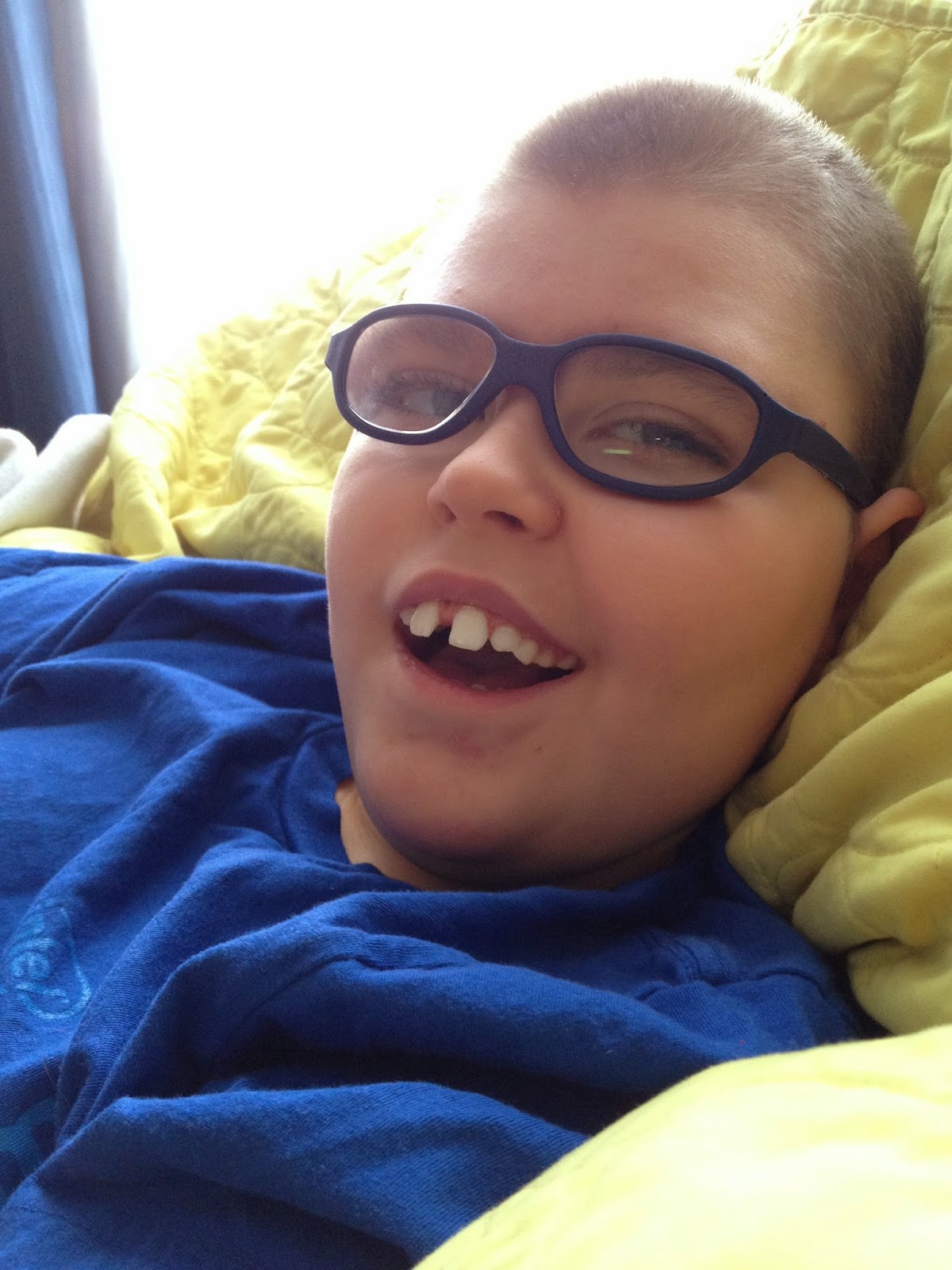 Max wanted to do a lot of strumming on his guitar today.  After he and Ms. Laura played their guitars together, he got down to strumming his guitar with his hands wide open.  It's a lot of work to get those long fingers uncurled and to work like he wants them to. 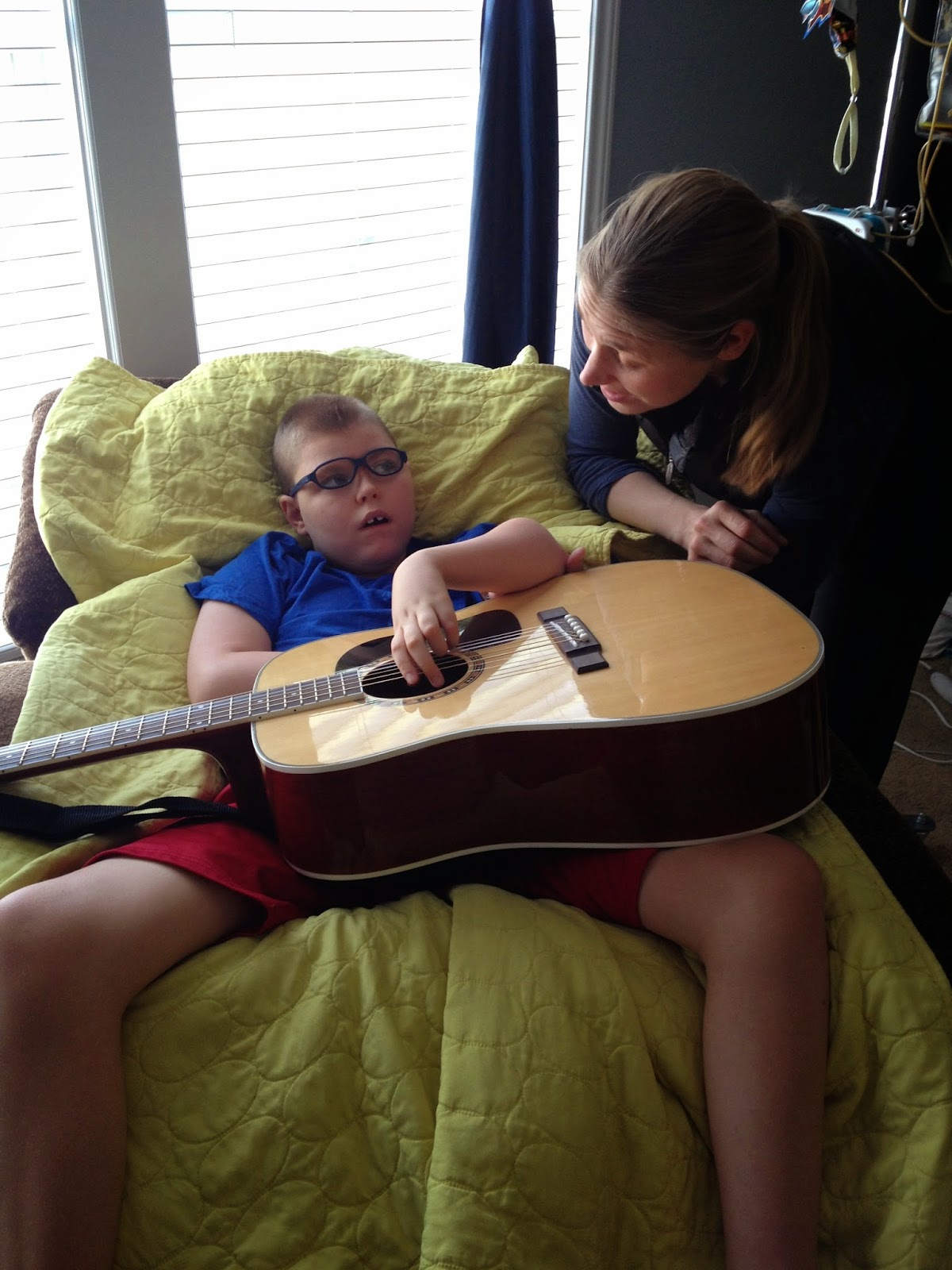 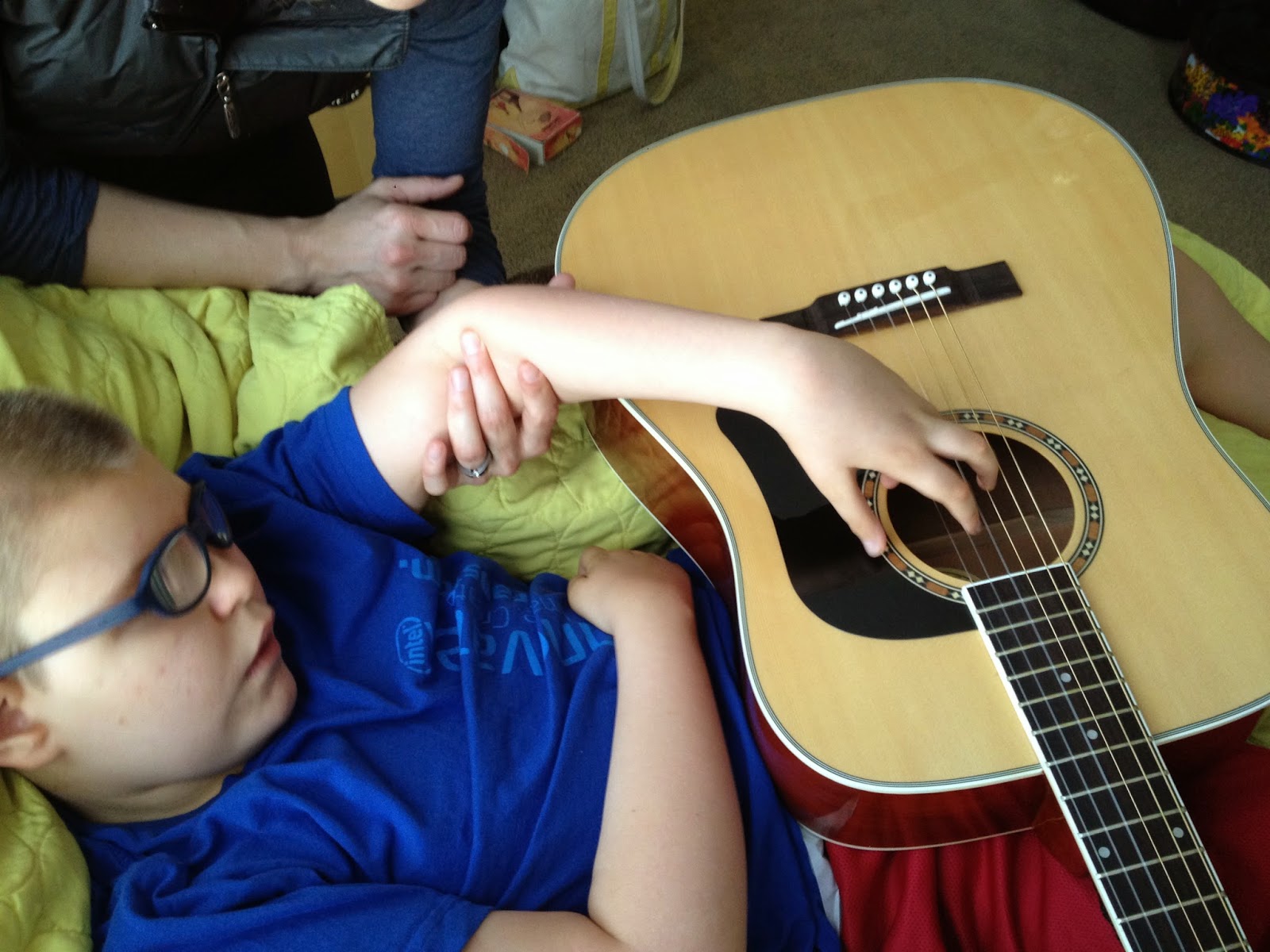 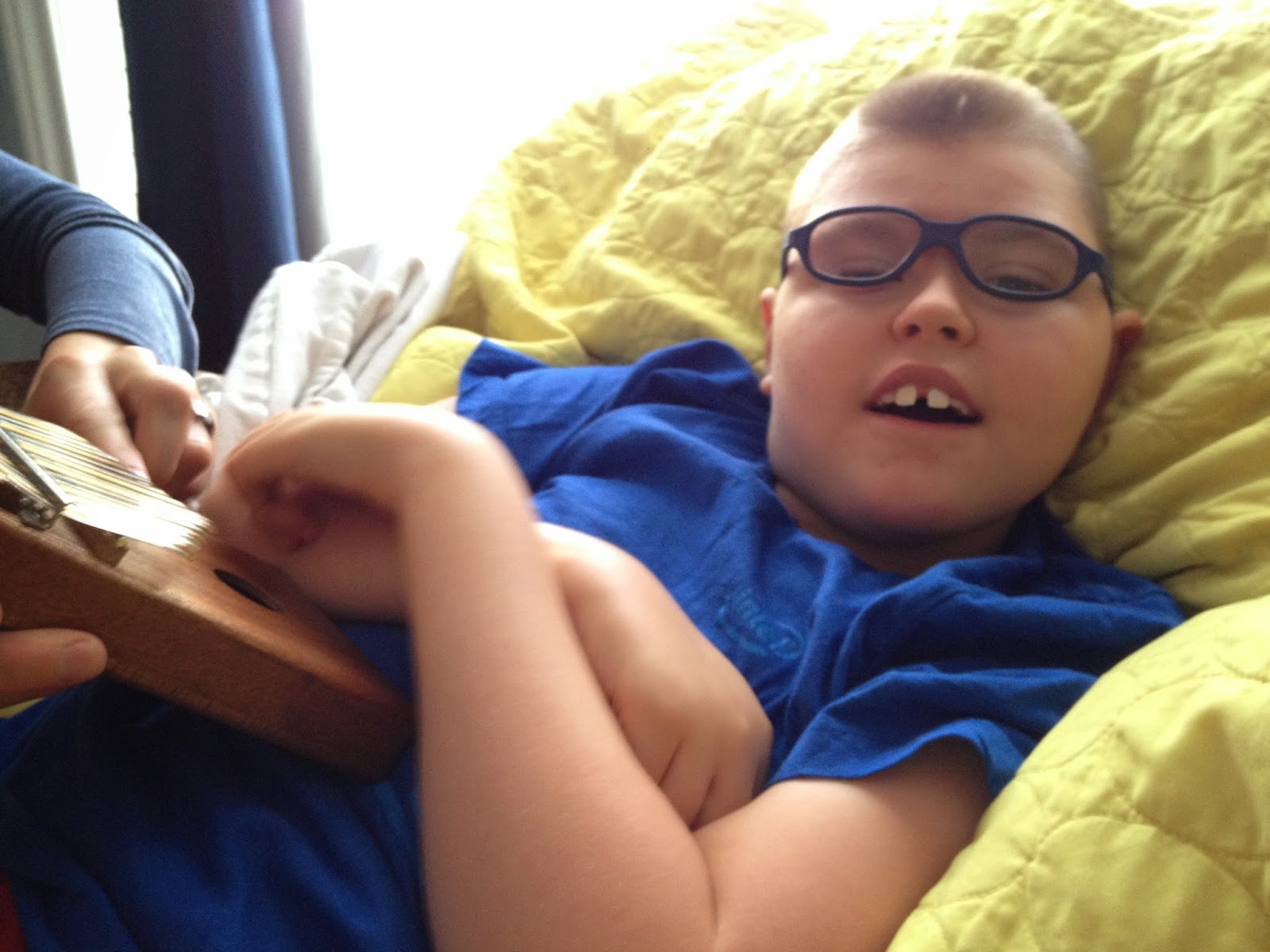 In art today Max made four pictures.  He was very adamant on the colors he wanted, and was still very happy throughout.  I had a hard time getting photos during art because he wanted to use his hands for paint, which means everyone gets paint on their hands! 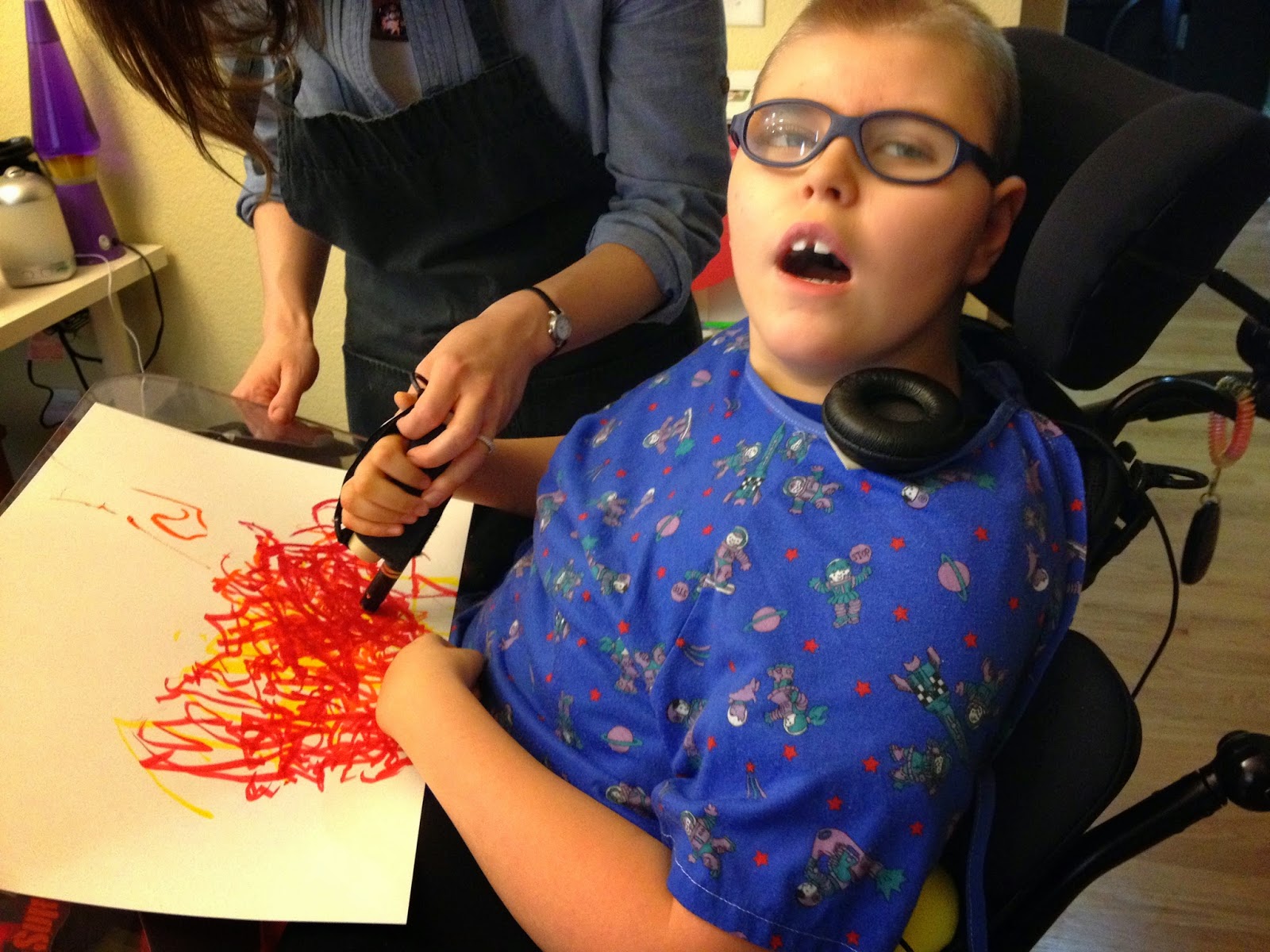 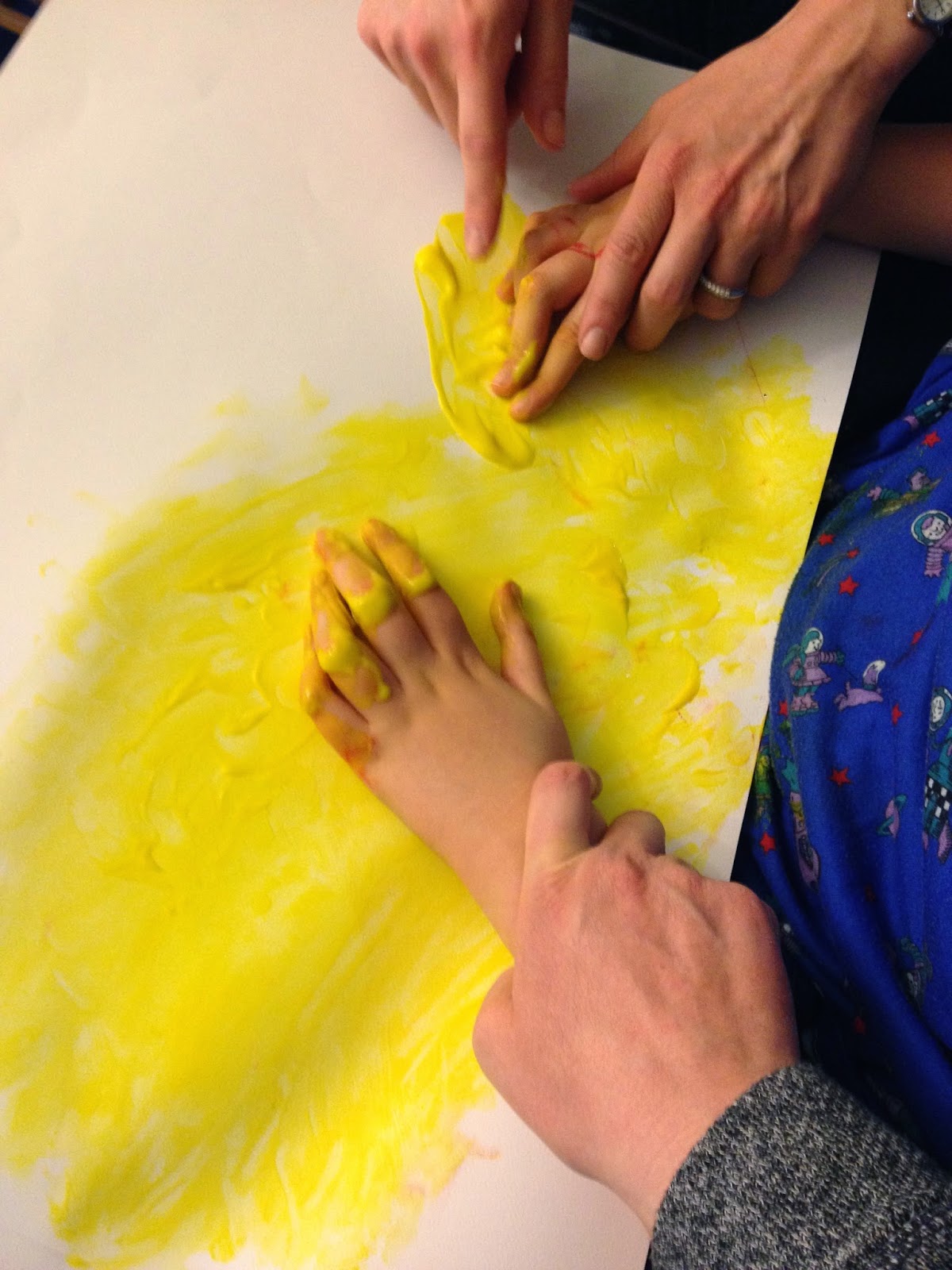 For his last picture, he wanted to "go to the park".  He chose green first, then blue sky.  We thought at one point he was finished, so his art therapist started to put it up.  He got to his color choices and said BLUE BLUE!  We gave it back to him and he added a lot more blue and was then happy with his picture. 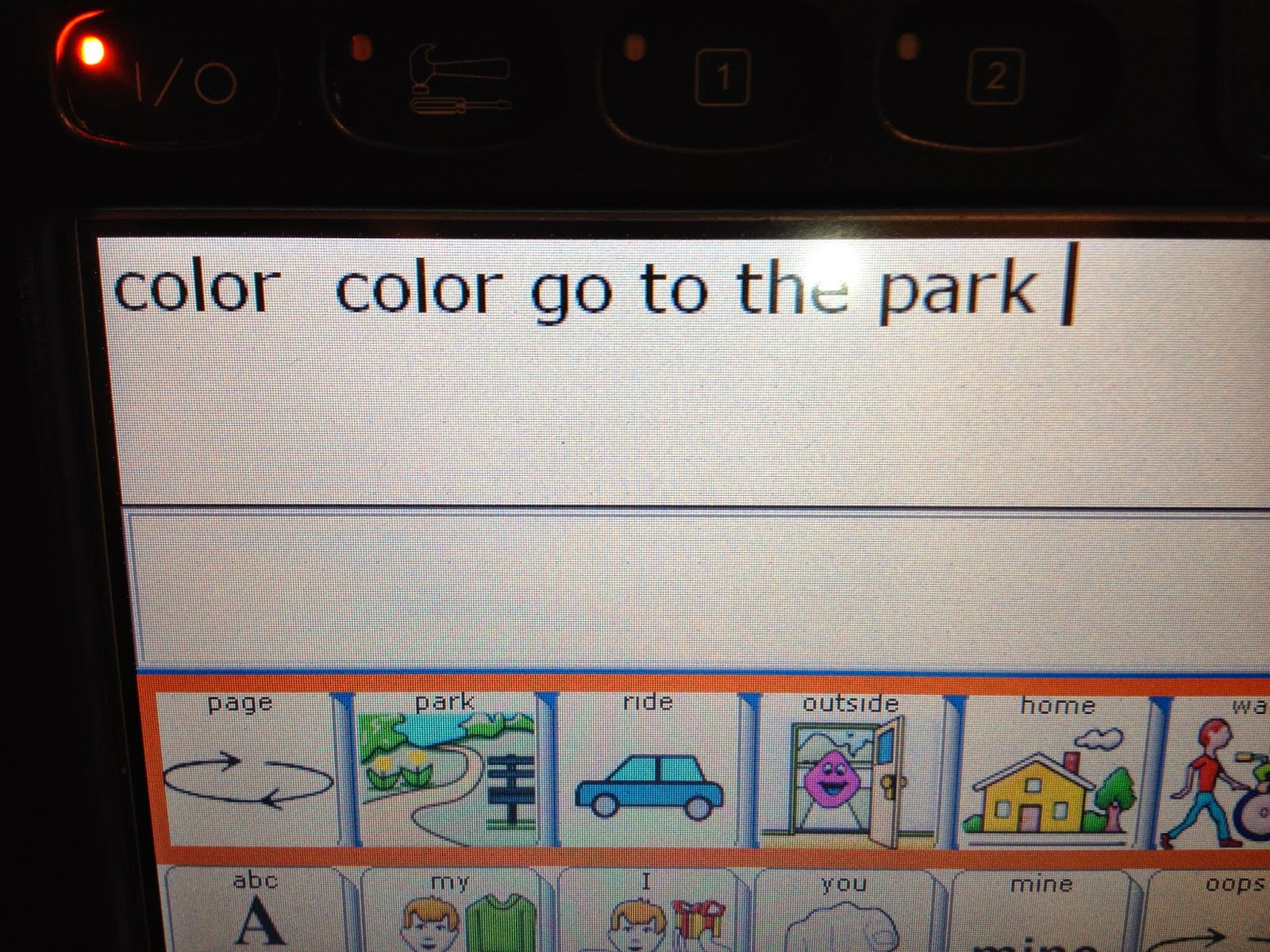 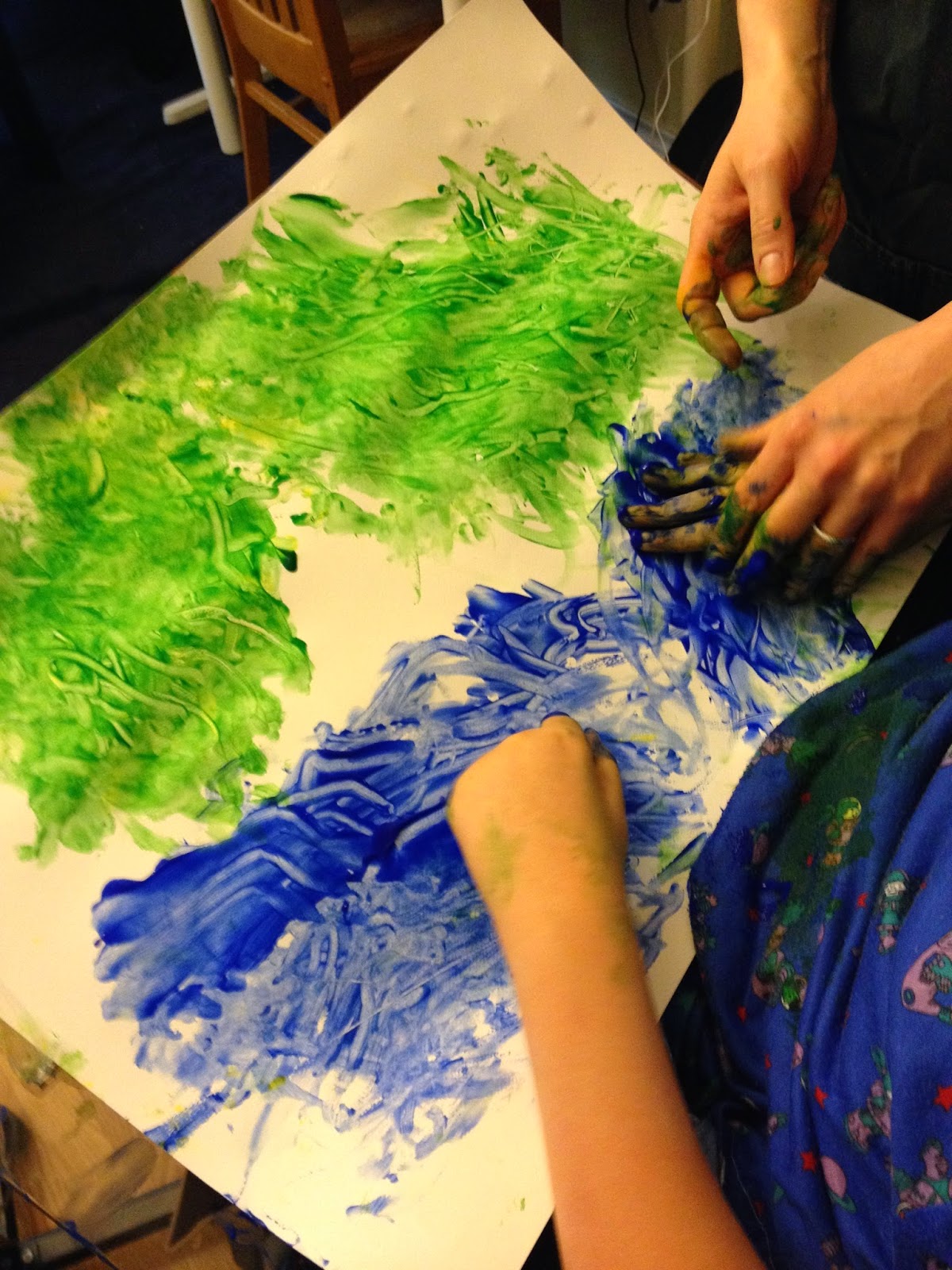 His last picture was a water color.  He started with a lot of blue, then some red. Then yellow, then green.  He pulled his hands away and said he was all done.  Then he told me it was for B (B is his speech therapist, he always just calls her B instead of her full name.) 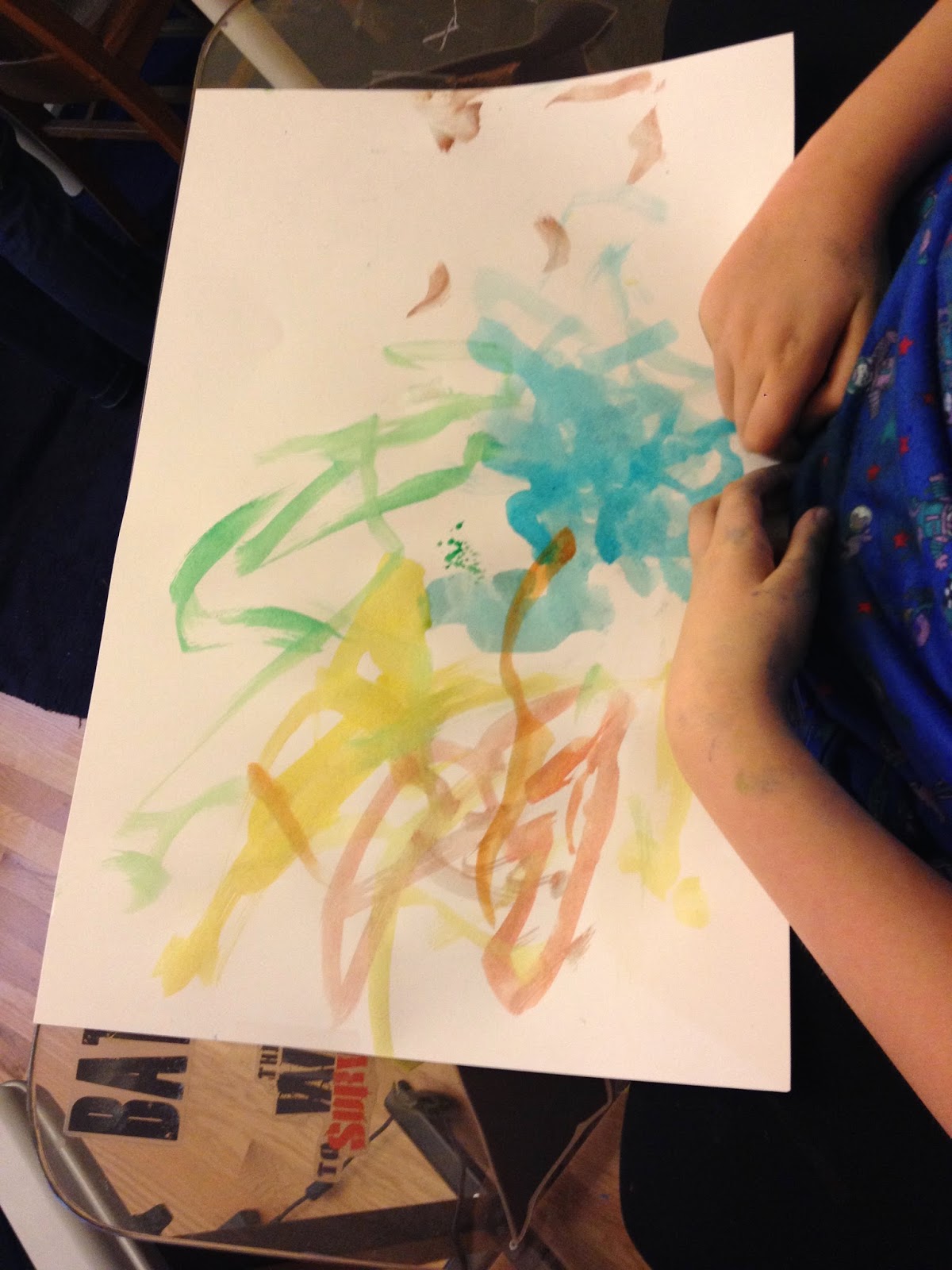 I told him I sent a picture to B, and asked if he wanted a picture with him in it too.  He looked up at the camera for a photo for B with the painting he made with her in mind.  We will see tomorrow if he's going to give it up...he's likes to make pictures for people, but rarely gives them away. 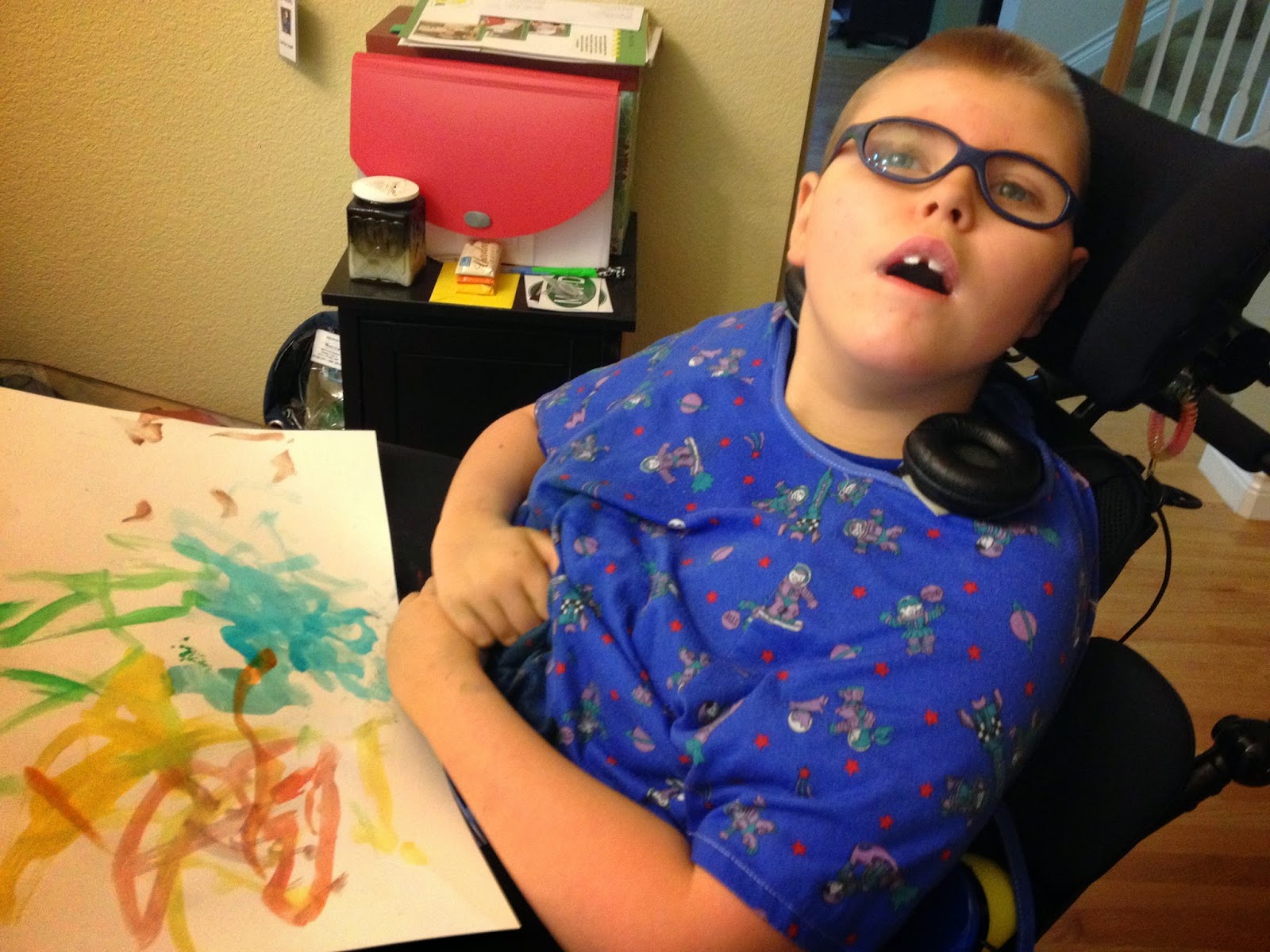 We ended his happy afternoon over at the construction site where the diggers were hard at work, making a terrible bunch of noise. Which is his favorite bit! 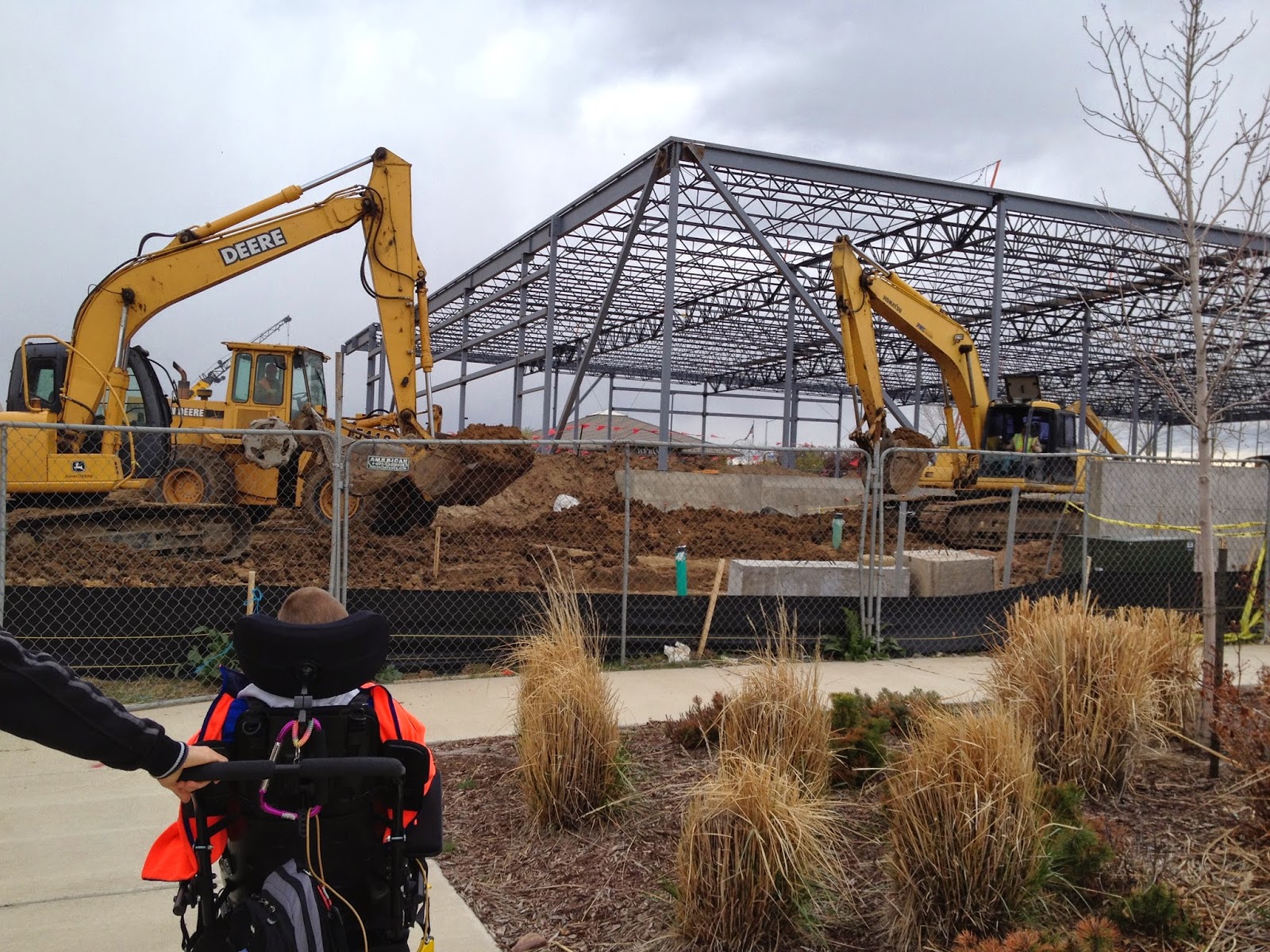 Now, I'm going to go and enjoy this happy boy the rest of the evening.

What a productive and enriched day in the world for Max! Thank you for sharing his beautiful smile --