Yesterday was a mixed day.

I got out of the hospital for the first time since Monday, to meet up with my mom and sister and niece for breakfast and some Christmas shopping, while Steve hung out with Max.

When Max is in the hospital, I rarely leave his room. I don't like going down to the cafeteria, I don't like walking across the hall to get a cup of ice or water. I need to be right by him to make sure he's okay, and knows I'm there with him.

I forget the outside world, but when I walk through those doors it's like a million tons picks up off my shoulders. Then I'm only left with a million more to carry around when I'm away.

I got to the car and called my sister to tell her I was on my way. As I started driving and was listening to NPR's weekend edition, they were talking with the founder of Island Records, so naturally, they were playing a few Bob Marley songs. I have to admit I am terribly uncool, and know very little about Bob Marley, other than a poster or two hung in my brothers room with black lights through our youth. But, they started playing "Three Little Birds"...

Rise up this mornin',
Smiled with the risin' sun,
Three little birds
Pitch by my doorstep
Singin' sweet songs
Of melodies pure and true,
Sayin', ("This is my message to you-ou-ou:")

And a week's worth of tears, snot, and sobs came out. Just like that. I guess I finally felt the magic of Bob Marley, won't my hippie brother be proud?

I cleared my eyes before getting to breakfast, because I was really so excited to be out. I snatched my niece up as soon as I got to the restaurant, because with illnesses floating around, I haven't gotten to see her in a month. We played, and tried to blow the fire out of the fire pit, and named all the colors we saw outside...red was her favorite, and yellow was Max's. "Max still sick, in the hospital?". "I tshorry Max isth thsick.". "Me too little bug." She loves her Max.

We had our breakfast, and then went to the mall before mom and I went back to the hospital. When we got here, Max had one less tube. The one running down his nose, through his throat to his stomach was gone. His low-grade fever has persisted, and the pain management team was worried about infection at the epidural site, so they pulled that later in the day. And overnight, his foley catheter came out since he was emptying his bladder fine.

Right now, the name of the game is watching and waiting. The motrin and tylenol have done the trick so far with pain management, we haven't had to give him the morphine. Which is fantastic! No narcotics, means less time to get out of here. We'll see how he does today, but as of 9:00am, still no big gun pain meds.

He's sleepy, and still recovering, and it might take a little longer than we wished for, but he's sure fighting in his regular Monster fashion. He let go of two monster poops this morning, which is fantastic after intestinal surgery! We're just hoping for the pain to not be terrible for him, and that we're going to be getting home before Christmas.

Abbey gets here tonight...and we're nervous about how much she's going to be allowed to be up here with restrictions in place. Just one more piece of the puzzle to juggle until we get him better and home. But, if anyone can do it, we can. 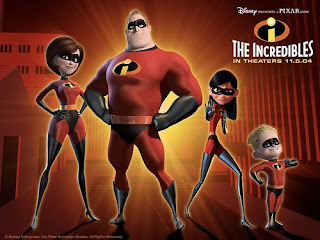 Absolutely! If anybody can do it, you can!